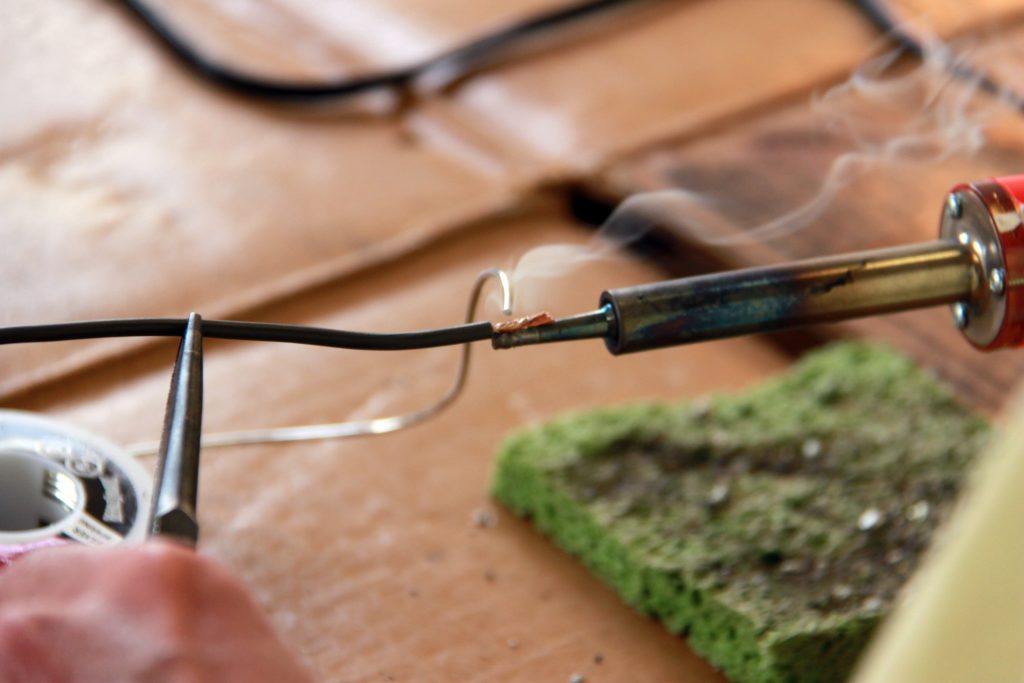 So most of you have probably realized by now that I’m a little behind in posting my ROV blogs but not to worry, since today was actually day four. Soooo, since I’ve no idea how long I’ll still be caught up…here we go!

Anyway, I’ve put day’s three and four together because we couldn’t fit day three’s activities into one hour and needed to span two days so both groups could work equally. On day three the group was split into the same halves as on day 2. So Dinah and Jackie, Leslie and Stephanie got to work on assembling their control boxes first, while Brigette and Sylvan, Fuwu and Jean Marie worked on theirs today.

It was an interesting two hour production with my already completed control box as an example (I worked on and completed mine the day before, after learning a new technique called tinning. You spread a layer of solder on both contacts in order to make attaching the two different kinds of metal easier). First things first, the teams screwed on all of their switches so they knew what they were connecting, labeling them if they so chose, then making sure to strip all of their wires — then the soldering began.