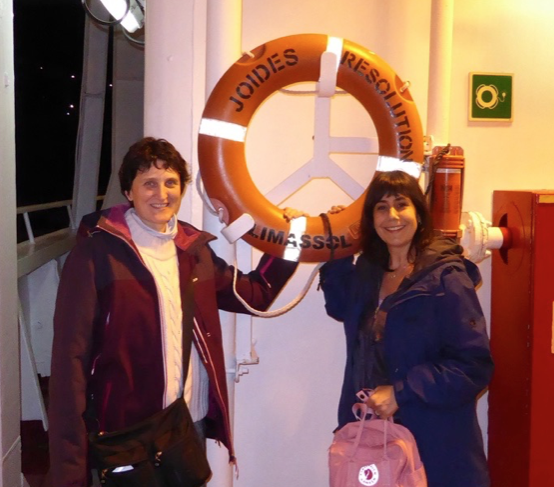 Francesca Sangiorgi is a scientist sailing on expedition 374. She works as an assistant professor at Utrecht University. She will will be posting brief updates throughout the cruise, which will be shared here.

More on her work: Dr. Sangiorgi’s main interests include eutrophication trends, natural variability vs anthropogenic changes in coastal areas, Neogene climate in the Arctic and Antarctic Oceans, Late Quaternary paleoceanography of the Mediterranean Sea including episodes of widespread anoxia (sapropels).

Dr. Sangiorgi focuses on environmental and climate changes in the (recent) geological past. Her main expertise is in marine palynology a field, which uses fossil remains of marine organisms (dinoflagellates) as proxy for paleoenvironmental and paleoclimate reconstructions.

Her background in marine environmental sciences makes her very interested in themes such as Harmful Algal Blooms (HABs), dinoflagellate ecology and problems related to the ballast waters transport and discharge. 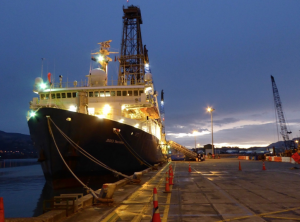 January 5
Embarking on the Joides Resolution (JR), where we will spend 10 weeks heading to the Ross Sea (Antarctica) on IODP Expedition 374.

Here I am posing with one of the co-chiefs, Laura de Santis (OGS, Trieste, Italy). So two of the three Italians onboard are here in the picture, the other co-chief being Robert McKay from the University of Wellington.

The cabin is much bigger than I expected, and my roommate Julian Müller (org. geochemist from Alfred Wegener Institute in Bremerhaven), is a very nice roommate. 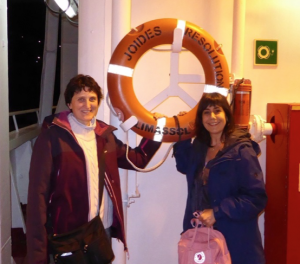 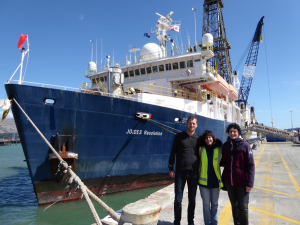 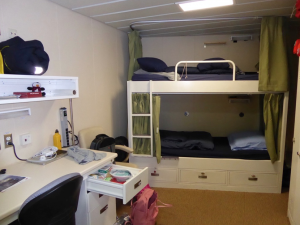 January 5 to 8
Getting used to the new environment, meeting known and yet unknown scientists and IODP staff and getting to know the Expedition 374 colleagues. Many friends are sailing with me so that’s good.

Peter Barrett, one of the pioneers of Antarctic research, gave the kick-off lecture.

So far we have had many, many meetings: from how to live (or survive?) on the JR to survival in cold weather, to writing reports. We got familiar with the labs, the procedures, and had a nice tour of the Helideck. 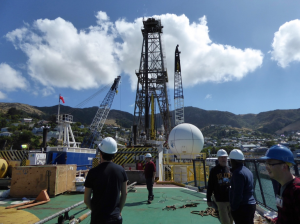 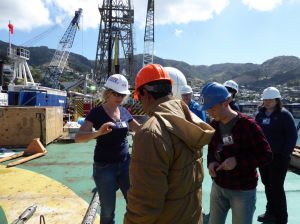