Seamounts – are they an important piece of the slow slip puzzle? 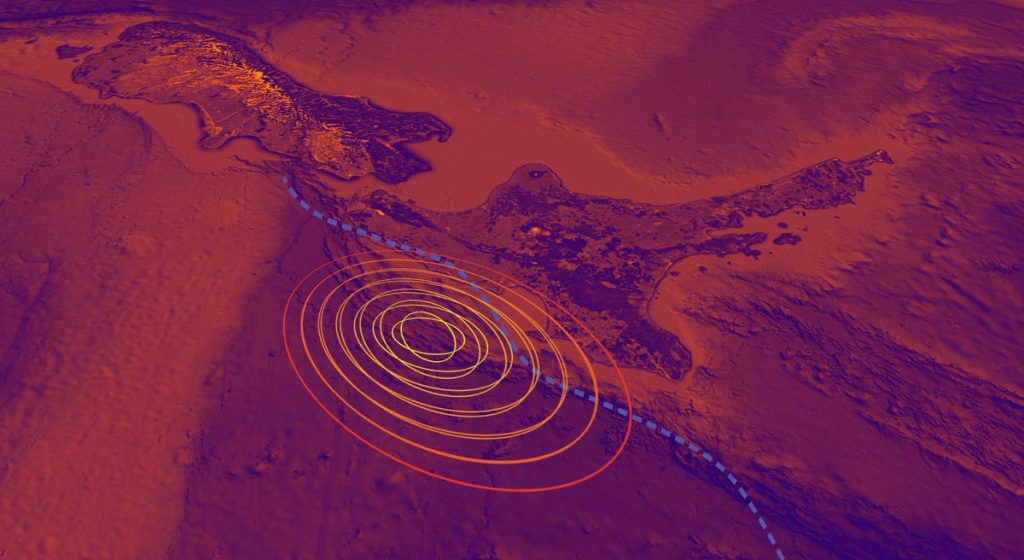 As we mentioned in our last blog, Site U1520 sits at the base of Tūranganui Knoll. This is an isolated seamount which rises almost 900 m, from a depth of 3600m to 2740m. It is sitting on the margin of the Hikurangi Plateau approximately 100km east south-east of Gisborne. 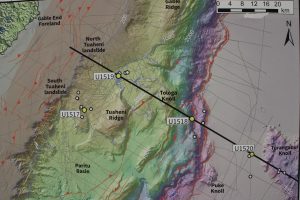 What is a seamount?

Seamounts are typically formed from extinct volcanoes that rise abruptly and are commonly found in marine environments and subduction zones. They often support healthy fisheries because they provide a rich marine ecosystem attracting plankton, corals, fish, and marine mammals alike. They are found all around the world in the ocean and follow a distinctive evolutionary pattern of eruption, build-up, subsidence and erosion. We have seen pipers here (species tbc! – some type of skinny silver bait fish), small squid and a pod of pilot whales, so perhaps they are feeding in this rich area.

How do they affect the Hikurangi Subduction Zone and the East Coast?

Coring into the base of this seamount might help us answer this. We want to know what material it is made of, and what might happen when it is dragged westward into the subduction zone.

Their relationship to earthquakes and tsunamis is little understood, but possible effects could be: