Tripping Pipe to the Pachyderma Proxy
Studying the Climate, Sailing the Sea: Friday on the JR

Today was a great day for thinking.  After dividing into two groups we set off for the core lab. Our group learned how hard it is to splicecores to make a complete sediment record for a given sediment.  Dr. Sandy gave us 3 cores from two holes from the same site.

The two cores from hole B were sequential and the one core from hole A was from the same general depth.  We were told to make observations to try to find was of matching the hole A core to the two hole B cores in order to make one complete core from the three.  The cores are taken close enough to each other that this is theoretically possible and, in fact, works most of the time.  I don’t know about the rest of the group, but I quickly learned that core splicing is not high on my career list. 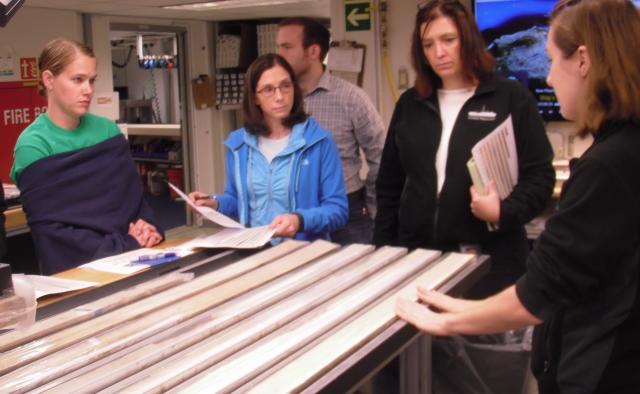 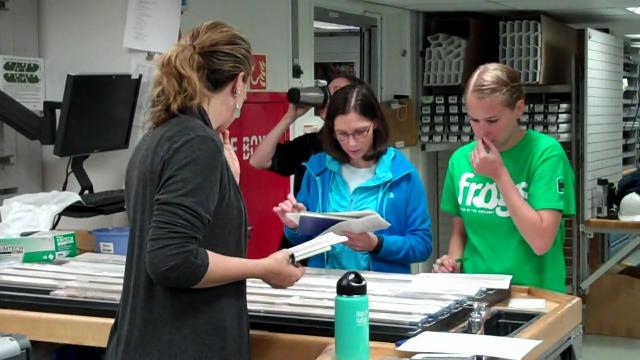 After discovering that I probably didn’t have a future as a core splicer, we got to play with a piece of equipment that uses color to determine the ages of a core.  It was simple to use but there is a better one that was automatic.  We got a demonstration on that one after lunch.

However, before lunch we switched with the other group and joined Dr. Larry to learned how to determine an age range for a particular point on a core using a microscope and smear slides that we created the day before.  We did much better at this than we did with the cores.  Our task was to use a nannofossile called Discoasters that are found in the core sediment to determine age range.  This is possible because the Discoasters evolved over time in shape and we had a key that showed which time periods in which they each existed.  We used the smear slides we made the day before and determined that one sample was from the Eocene making it the oldest and a second sample from the same site was slightly younger in the Oligocene.  the other two samples were much younger and came from the Miocene-Pliocene periods.

Lunch.  always a treat as the mess crew does an outstanding job.

After lunch we stayed as one group and learned how to use Excell to graph data that helps find the points where cores can be spliced.  I discovered that my Excell skills are lacking but most seemed to do ok.  At the end of the exercise we were given free time to work on anything we choose.  I made, along with a few others, more smear slides from cores we looked at Monday.  Then it was “off to the Two Oceans Aquarium.” 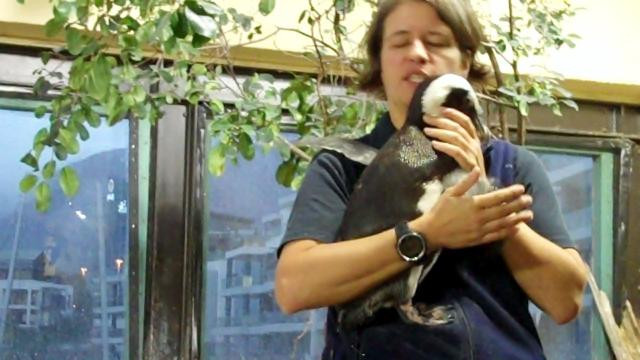 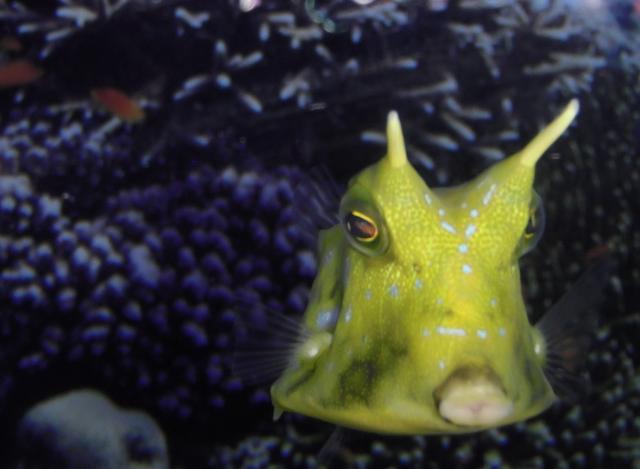 Most rode by Uber but 4 of us discovered that taxis were not as common as we were led to believe and enjoyed a two mile walk to the aquarium.  After we arrived the group gathered for a behind the scenes tour of the aquarium and we got to see the new exhibit were the predators (fish) were going to be moved.  It was an interesting experience, getting to see the guts that make the aquarium actually run. 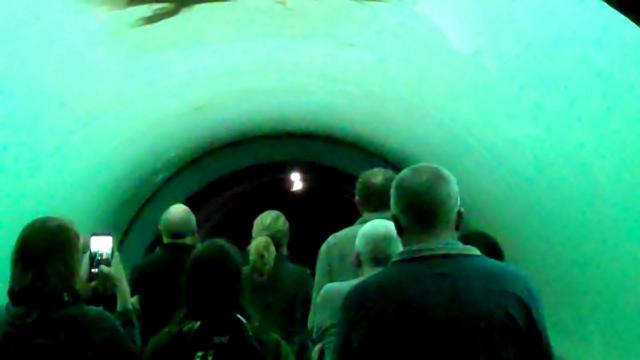 We finished the day by scattering out on the Waterfront, a market/restaurant area the caters to the tourist trade.  The prefect end to a long day.