Tale as Old as Time–Secrets of the Mud Volcanoes
Humpday on the JR! Kristen’s Latest Video Diary 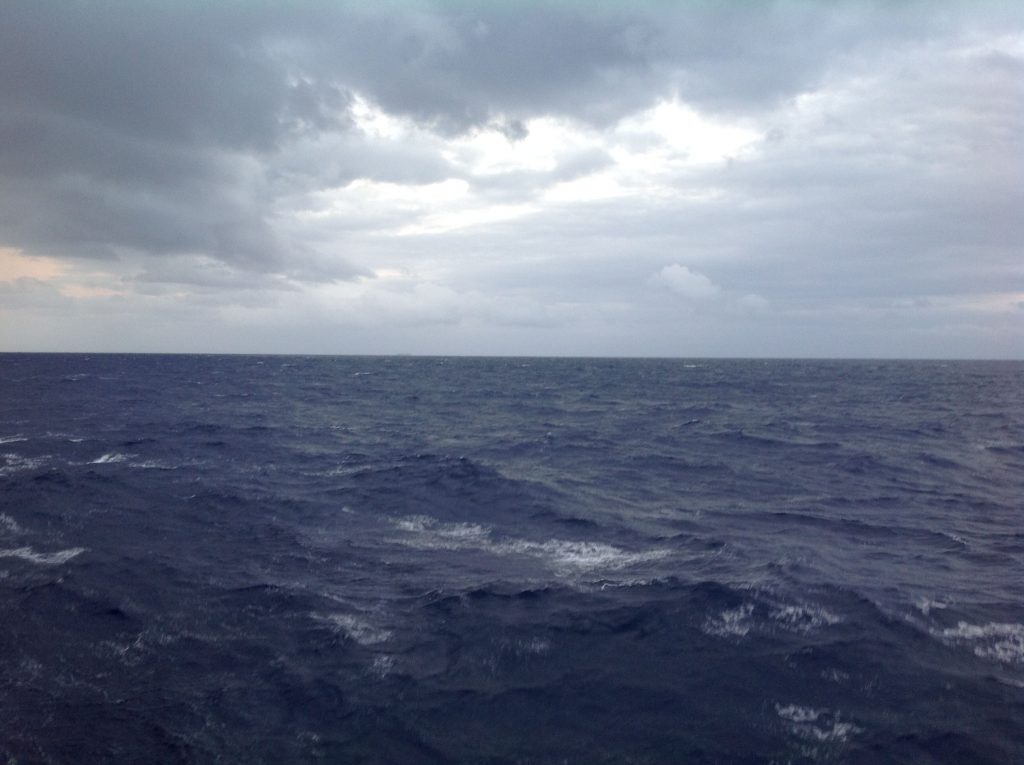 On expedition 366 the weather has been quite nice to us (maybe except the first day, when quite some of us felt seasick). Most of the time, the sky is blue and we receive a steady north-east trade wind. Sometimes, when low pressure cells mix into this pattern, clouds get dark and the waves a little higher. But this is nothing, compared to the nameless storm which had hit the JOIDES Resolution in 1995 and endangered the ship seriously  Three of the Crew, which survived this storm near greenland’s wild eastern coast, are still on board.  Toolpusher and core-technician Bubba Attryde is putting it in short words: “That was the one storm, i will never forget about”. And he has really a long experience, because like the two other, he has already been on the Glomar Challenger, the predecessor of the JR. Same for Wayne Malone, the Offshre Installation Manager, who has been on shift, when the storm began. He remembers, when water flooded the ship’s interior, running down from the Bridge after a very strong wave had smashed a window. He was really concerned about the Dynamic Positioning System, because the control room was flooded and one of the thrusters so seriously damaged, that water came into the ship. 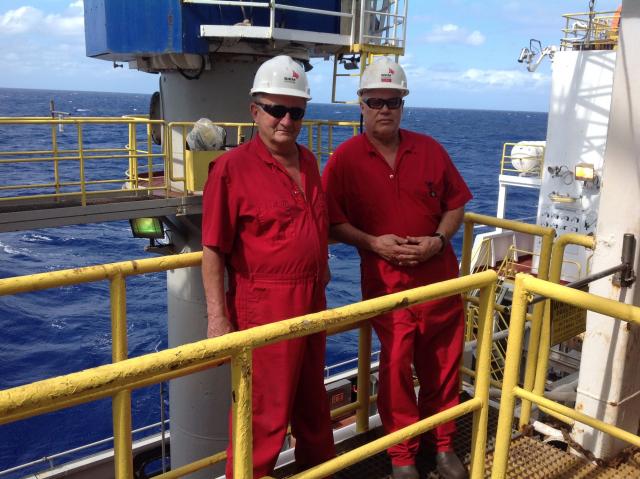 Also Science Lab Officer Bill Mills has been with them. Though not on shift, he woke up by the storm, seeing half of his window under water and a life west swimming away in the floods. He realized immediately, it was time to get up. Soon after the water entered the ship, not far from his cabin, he put on the immersion suit and went out together with other crew-members, to repair the broken bridge window. He knew, if more water would enter through the bridge, they would have got into even worse trouble. The radar system had been already out of order at that time. The wind was pushing the ship in the direction of the shoreline and though they gave full speed, they could not really cope it. Fortunately it turned during the storm. They still believed, that they would make it, but, so remembers Bill Mills: “All our security margins had obviously shrunken to zero”. 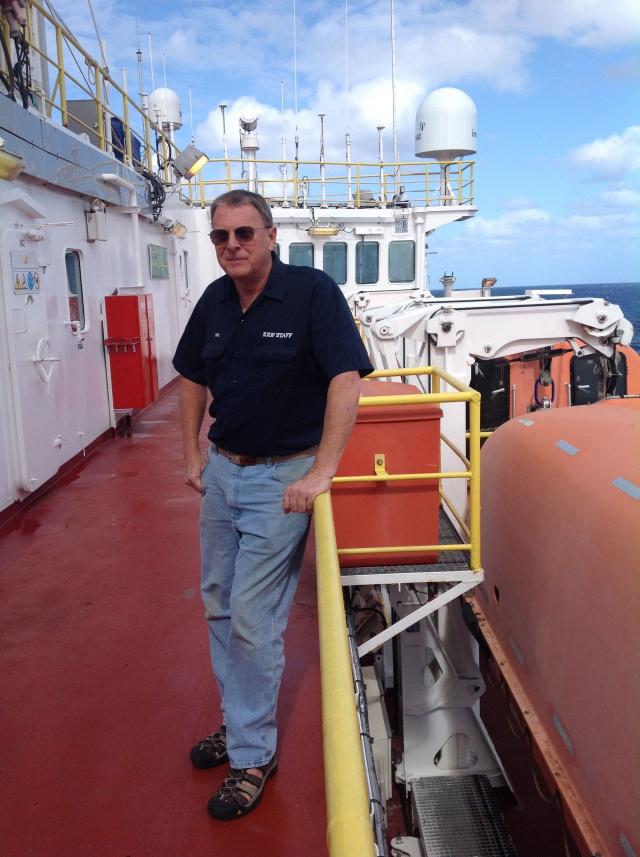 Foto: Bill Mills near the Life-Boats, which also had been damaged in the storm.

Ater the storm, expedition 163 had to be given up, due to serious damages of the ship. Even on it’s way back, one day after the storm, the Joides was hit once more by a single giant wave, which took out the Bridge-window again, which Bill and his crew members had repaired some hours ago.

So we will hope that the Pacific is not going to present us something like the North-Atlantic has done to the JODES Resolution on Expedition 163 in October 1995. If we go on deck, we can be happy about nice waves, not too big. 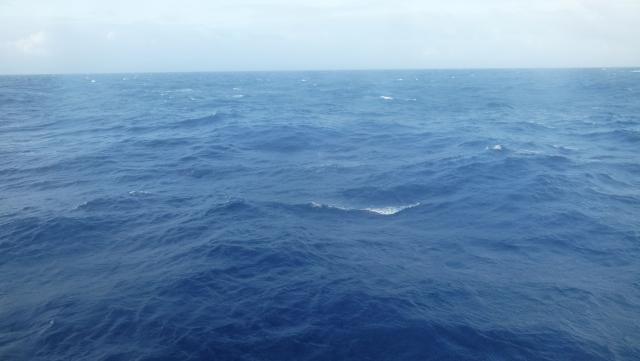