Tale as Old as Time–Secrets of the Mud Volcanoes 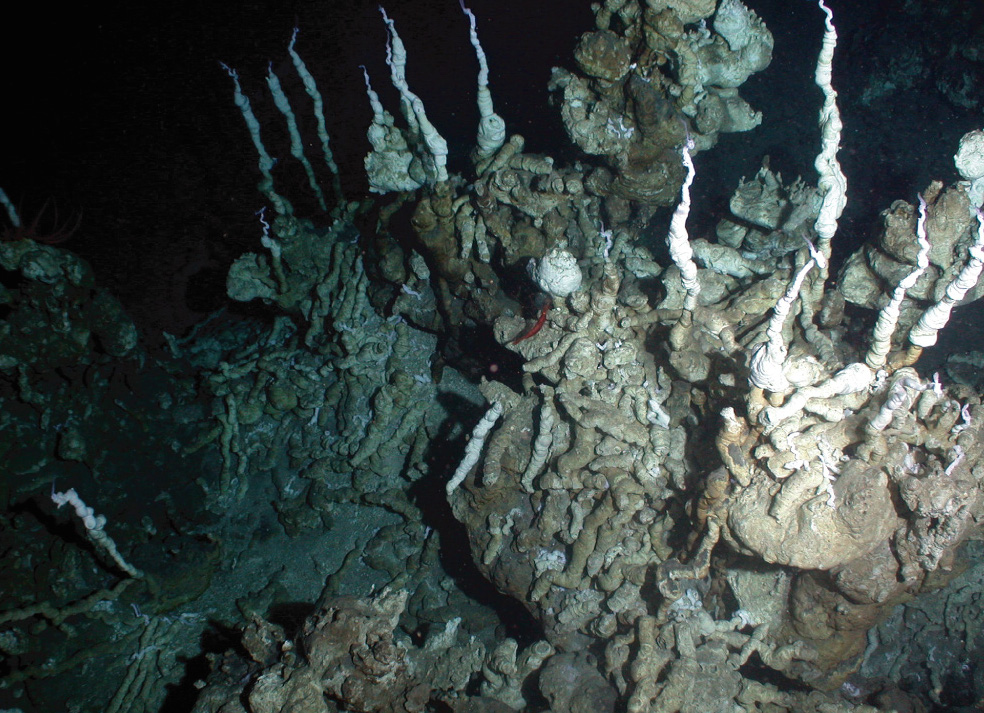 Hidden within the countless layers of rock, sediment, and fossilized creatures beneath the Earth’s surface are fascinating stories of the history of our planet—stories of how you and I came to exist.

These stories aren’t always easy to decipher, especially when they are buried miles beneath the ocean. However, thanks to the unwavering curiosity and dedication of many scientists, even these deeply hidden mysteries are slowly being brought to the surface (literally) for the first time in human history.

One of the most exciting aspects of this Expedition is that the scientists are studying structures and processes that we know very little about. We are targeting three serpentinite mud volcanoes that spew bright blue sediments up through their fissures, and though we know what many of the mud’s chemical and physical propertiesare, scientists still don’t know for sure why the mud is blue! 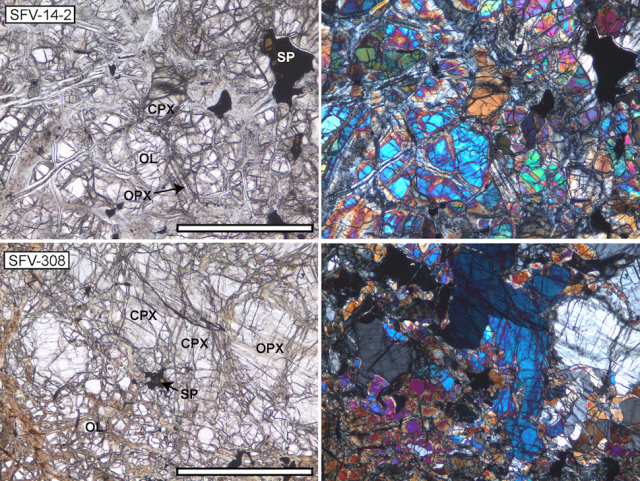 Thin sections of intriguing and beautiful mineral patterns from ancient sites in California–scientists on this Expedition are looking for similar patterns in the mud volcano core samples.

At the risk of romanticizing our Expedition a bit, we are like pioneers crossing uncharted territory—some of the sites we’re drilling have never been excavated before. Of course, when you venture to a frontier, its inevitable that you will encounter challenges that test your limits. It’s been no exception for Expedition 366; many of the sites we’ve attempted to extract cores from, particularly those on the flanks (sides) of these giant mud volcanoes, have been inundated with hard rock or super sticky mud that stop the drill bit in its tracks.

Yet amongst the frustrations and failed attempts, the science team has already discovered new and fascinating tales in the mud—and we’re only half way through the Expedition. So far, the team has identified some of the main characters: Olivine and water are two of the stars, and when they get together they make the sought-after serpentinite. The cast also includes an ensemble of mantle rocks, aragonite, and my favorites—the microorganisms. In the shallower samples, we find fossils of pelagic forams and diatoms, while slightly deeper we find the extremophiles (still alive!), mainly archaea and bacteria that can withstand high pH anoxic environments. 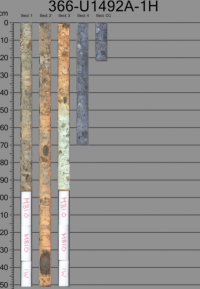 These five core samples (split in half and viewed from above) reveal a colorful story of chemical reactions from past seismic and volcanic episodes through time.

We’ve also uncovered parts of the plot, e.g. patterns of past mud flows and changes in chemical composition that indicate when and how fast these volcanoes formed. Over time, and with many more analyses, scientists will be able to weave together a more complete story that synthesizes the physical, geochemical, and biological information extracted from these volcanoes.

But this story has no ending, at least not as long as life on Earth continues (cue ‘The Never Ending Story’ theme music). The story of the blue mud volcanoes (and the stories of all of our planet’s geological features, really) is one long continuum punctuated by periodic jolting changes. Maybe it’s most like a ‘choose your own adventure’ story. Those of us on this Expedition have chosen one of many paths to shed light on Earth’s mysteries, using our scientific training to document the past in the best ways we know how. But of course there are some mysteries that we’ll never fully reveal, not with science alone anyway. And there are infinite other paths, scientific and otherwise, on which to explore our world.

Which path will YOU choose?