The Magnetism of Rocks
Art in the rock … What do you see in these thin sections ? EPISODE 2 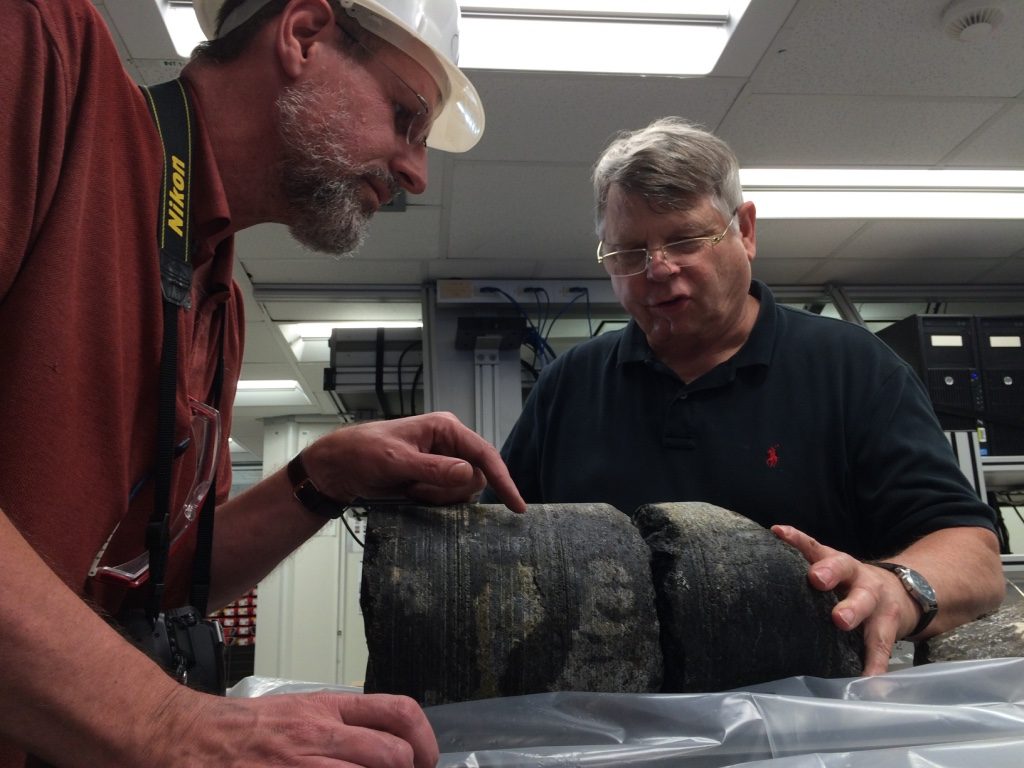 Yesterday, by complete accident, we recovered the largest diameter core in ocean drilling history! Here’s how it happened…

Our story starts when the drill started acting strangely on December 30. It’s always difficult to tell what’s going on at the bottom of a 400 m hole, 700 m below us. but the torque on the drill bit and rate of penetration can give us a pretty good idea. On the night on December 30th the torque jumped up and the penetration stopped, a very bad sign. 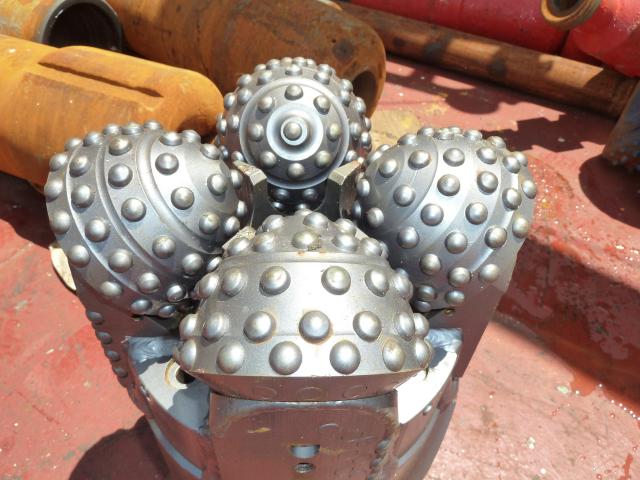 We pulled up the drill bit and it was in rough shape, three of the four rotary cones that cut the sides of the core had broken clean off and were nowhere to be found. This means they must be sitting at the bottom of the hole, blocking our progress. It’s difficult to determine why these broke off but one theory is that a rock fell from the side of the hole and hit the back of the drill bit. However it happened, it immediately shifted the priority of the expedition to cleaning these cones out of the hole. 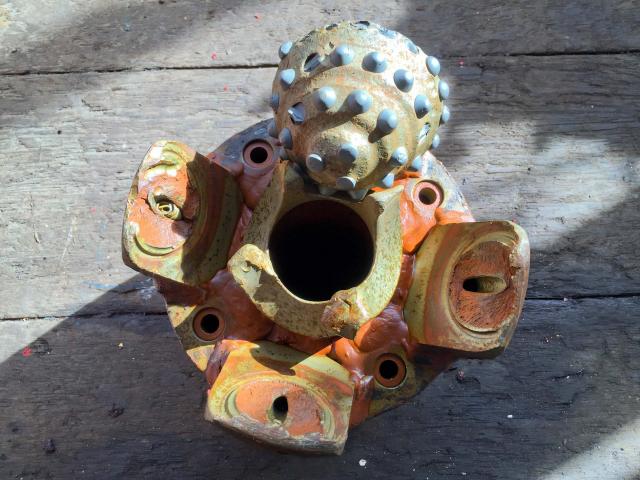 The procedure to do this is called fishing and it’s actually quite simple; replace the broken drill bit with a magnet, lower it down into the hole, rotate it a bit to move things around, then pull it back onto the ship and hope the drill cones are stuck to it. To everyone’s dismay only the magnet came back. Attempt number two used a slightly more intense magnet with some metal teeth on the end to dislodge rubble. This tool was run down the hole twice and the bits were still no where to be found. 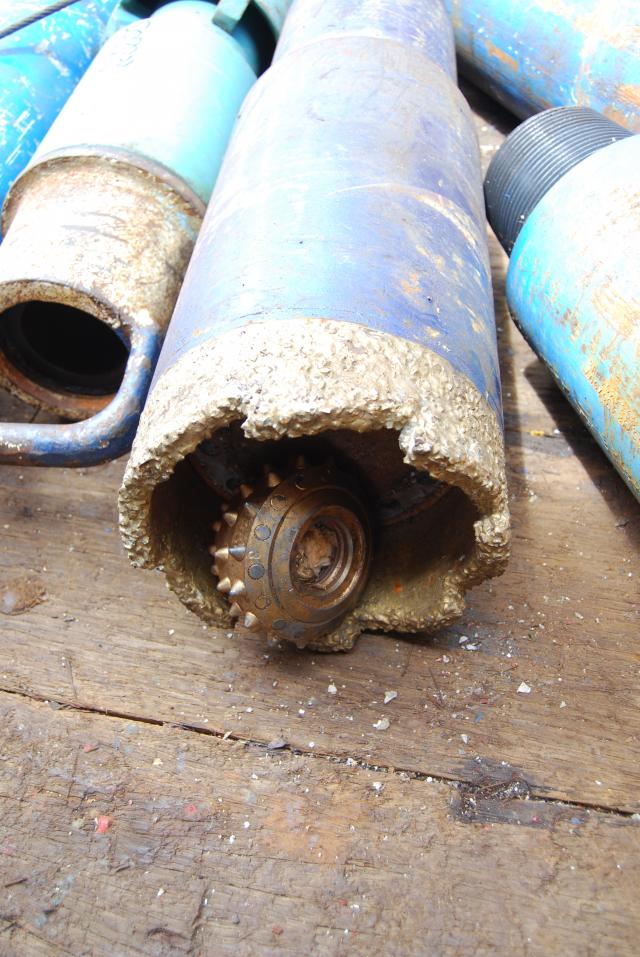 Finally, the drillers brought out the reverse circulation junk basket, a sort of vacuum cleaner for rocks. A series of high pressure water jets around the end of the drill pipe sweep rocks (and hopefully drill cones) into the centre of the pipe to be caught by a number of metal teeth at the opening. This wasn’t used initially because these jets are so powerful that they often break more rocks off of the side of the hole, reducing it’s stability. Still, this would likely be worth it if we could recover those drill cones! 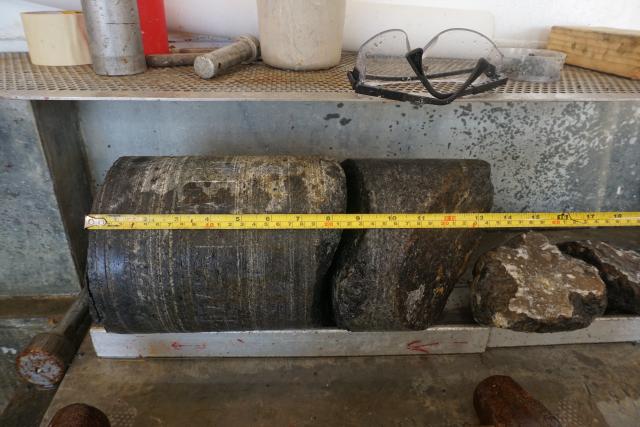 A crowd of scientists and technicians gathered as the junk basket was pulled onto the deck to see what we got. The basket was open to find… a solid core of rock. Everyone was taken aback as this is a tool designed to collect rubble, not cut hard rock. Except, that’s that’s exactly what it did and we were looking at a huge piece of gabbro, 18 cm in diameter by 50 cm long! The drill itself cuts a core much thinner than this as the rotary cones take up most of the space in the hole, but as the junk basket only has a thin rim of metal that did the cutting, we ended up with a core that is nearly three times the normal diameter. In fact, we are quite sure that this is the largest diameter core that has ever been recovered from oceanic crust!

But this leaves the mystery of the three drill cones. They weren’t in the junk basket and the fact that it cut a core from the bottom of the hole means there’s no space down there that they could be hiding! The leading theory is they must have been picked up by one of the magnets but fell out as it was being hauled back up to the ship. So if you are ever hanging out on Atlantis Bank and see some drill cones sitting on the seafloor, those are ours!

With the hole cleared, a standard coring drill bit was attached and the hole was continued. We made progress for about a day and a half before we broke another drill cone so now it’s back to fishing to once again try and recover it. 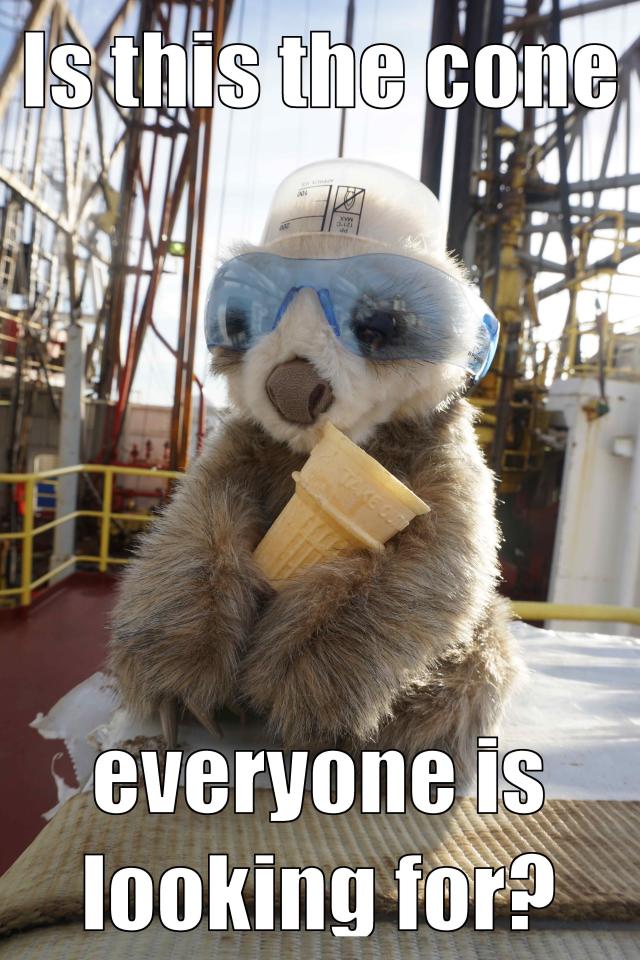