The Magnetism of Rocks

The Moho Mohawk (No coring = boring)
The Biggest Core 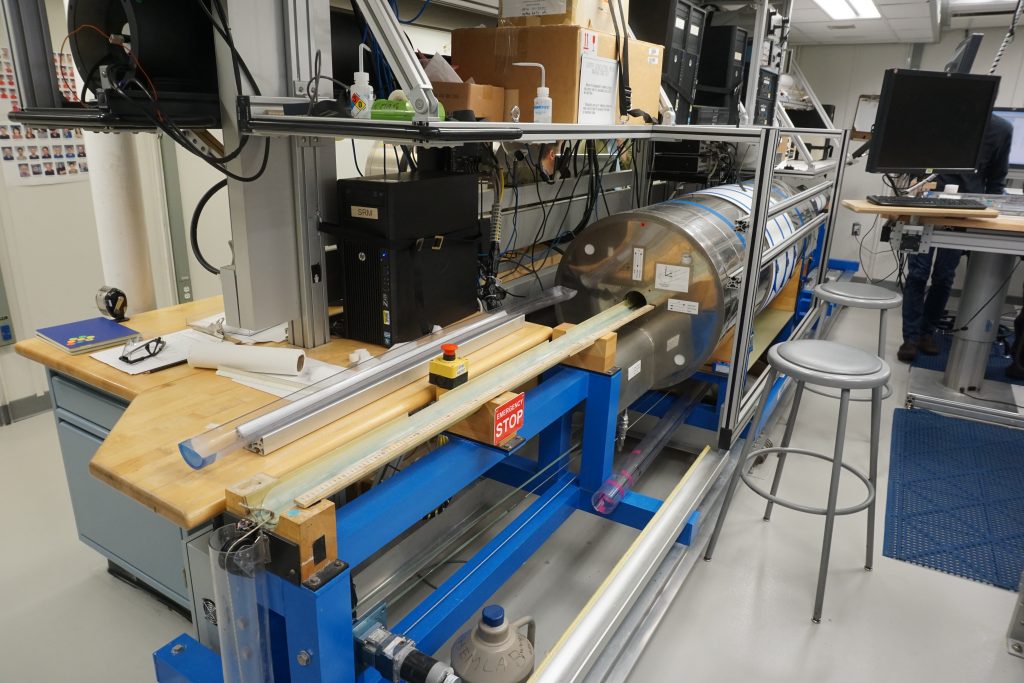 We’ve all played with magnets before, but no one knows magnetism like the Paleomag team aboard the JOIDES Resolution. Shipboard paleomagnetists provide paleomagnetic and rock-magnetic measurements of recovered rocks.

Julie Bowles
We know that a compass points north. This is what Earth’s current magnetic field looks like.

If you live in the Northern hemisphere that compass would also point slightly down. That is because that is how the magnetic field is entering Earth. At the equator the field is horizontal and if you live in the southern hemisphere is it slightly angled up.
When magma solidifies and cools to become rock the magnetic minerals in the rock become magnetized in the direction of the field at the time.
The rocks that we are collecting during Expedition 360 contain high amounts of magnetite. Paleomagnetists measure the direction of magnetization of these minerals and use this information to work out when the rocks became magnetized and whether they have been affected by movement on geological faults. For instance, if the magnetization the paleomagnetists measure in the rocks doesn’t match the direction of the field at the drill site then this is evidence that the rocks have been tilted by tectonic faulting. Compasses have not always pointed north, though. In the past the Earth’s magnetic field has had the opposite direction to that we see today. When the field has changed in this way it is called a magnetic reversal. The rocks we are drilling have recorded these changes in field direction, and as we go deeper it is predicted that we will cross a boundary between rocks that are reversely and normally magnetized. If we find this during out expedition, this will be the first time that samples will be recovered across one of these reversal boundaries in the oceanic crust.
Here are some of the tools that paleomagnetists use when they analyze the cores.
The superconducting cryogenic magnetometer is used to measure the direction and strength of the magnetization of samples containing grains of magnetite.

The JR-6A spinner magnetometer measures the magnetization of discrete samples, one at a time. It gives the same type of information as the Superconducting Cryogenic Magnetometer, but is more accurate for measuring small samples. It tells us the direction and intensity of magnetization in rocks that have been cut from the core in the shape of cubes.