The complex interactions between ice and oceans

First core on deck
The Heroic Age of Antarctic Exploration 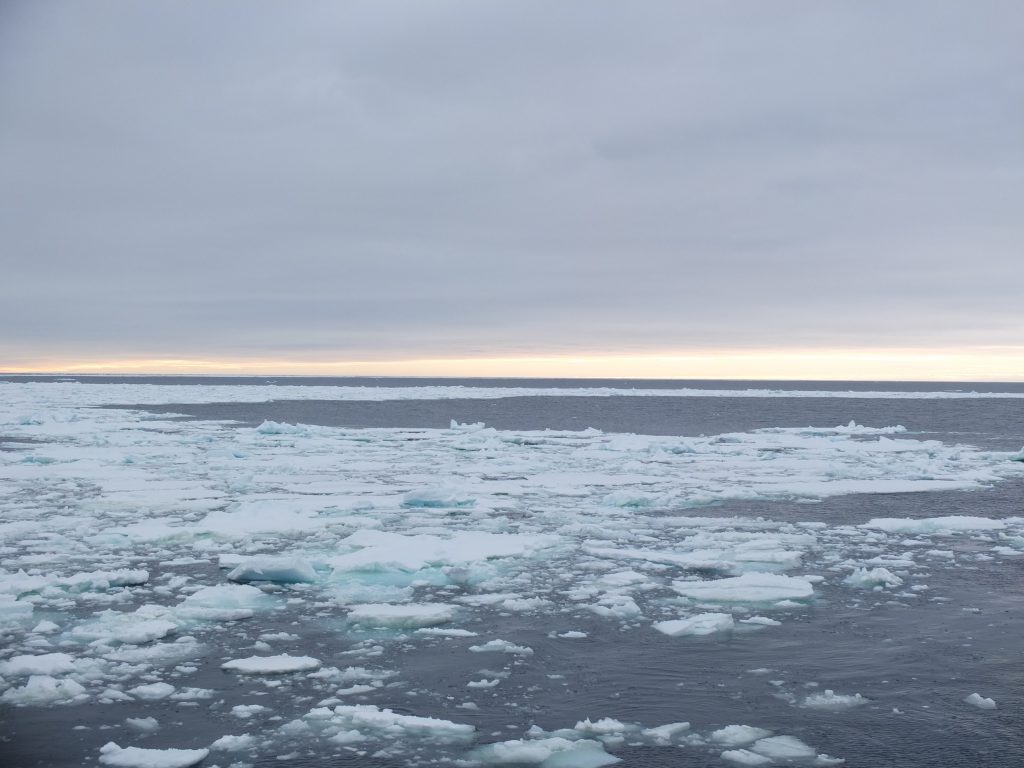 The Antarctic Circumpolar Current (ACC) is the worlds largest ocean current, and the only current that flows completely around the globe. The ACC flows eastward around the Antarctic continent and connects with the southern portions of the Atlantic, Indian, and Pacific Oceans.

Nearer the continent the easterly winds cause a counter-current with a special clockwise circulation in the great indentations of the Weddell and Ross Seas and they drive to the surface the waters of the Circumpolar Deep Water (CDW) near the Ross Ice Shelf.

The CDW is a relatively salty, warm current, >3.5°C above freezing point. It is overlain by colder, fresher surface waters. The continental slope acts as a large topographic barrier for the majority of the deep water to reach and enter in the continental shelf.

The West Antarctic Ice Sheet (WAIS) had known collapse events during warmer-than-present climates (Miocene and early Pliocene) and these events were probably a consequence of ocean-cryosphere interactions.

Numerical models show that the warming of ocean heat flux, which occurs when more CDW is pushed by ocean currents towards Antarctica is a key factor influencing the stability of the WAIS.

This numerical model shows the potential for repeated WAIS retreats and advances over the past few million years.

A long-term increase of the ocean heat flux in the Ross Sea could have major consequences on the Ice sheet and on the oceanic circulation.

Some wind-driven warm waters (CDW) can interact with the ice shelf from below. In a general way, ice shelves have a major role in protective ice sheets from melting because they act as a buttress that impedes the seaward flow of ice and stabilizes marine grounding zones.

Changes in the frequency, duration and extent of cross-continental shelf intrusions of Circumpolar Deep Water may alter the rate at which basal melting occurs. Today, the Ross Sea feeds the Antarctic bottom water which is the densest water mass of the oceans. If the ice shelf starts to melt significantly, an important amount of freshwater will be delivered to  the Ross Sea. The fresh water produced by the melting of the ice shelf could act as a barrier preventing the warm CDW to enter in the Ross Sea. It is unknown if this process  then cause a stabilization of the ice sheet retreat, but it will affect an important change in the global circulation. Fresh Ross Sea water will more easily freeze and will possibly stop or decrease the production of salt and dense water, that feeds the ocean bottom water, but sea ice is also influenced by atmospheric circulation and temperature would could offset this.

Regardless of this uncertainty, an intensification or decrease of sea-ice could then lead to an alternative mode of deep ocean ventilation during the next century and have consequences about the whole oceanic circulation and heat exchange between low and high latitudes.

Expedition 374 will test the hypothesis that changes in ocean heat flux across the Ross Sea continental shelf and slope drives the WAIS retreats and sea ice variability.