How Deep Can We Go?
Ratatouille, and Burgers, and Flan, Oh My! 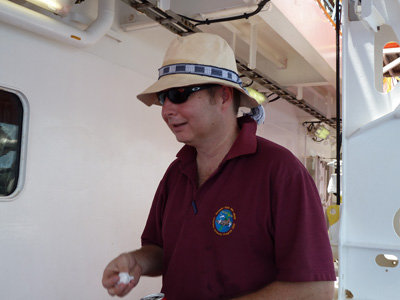 This hat was bought by Damon during the portcall in Panama just before ODP Leg 206 in November 2002, and has since then spent many months at sea.