A Morning List from Site U1419
Video Experiences with the JR (and an Interview with Dr. Alan Mix!) 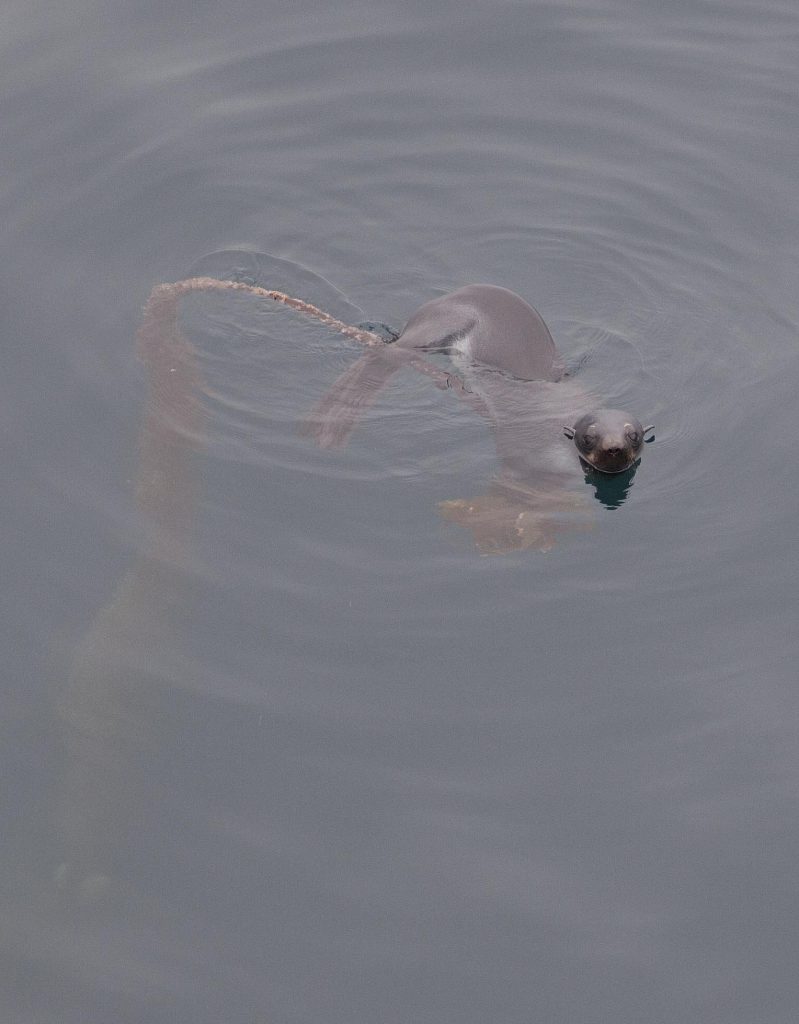 One of the best sights off the ship is the wildlife.  Thanks to people who take care,  this Northern fur seal has a pristine environment to thrive in the Gulf of Alaska.

A group of about six of them spent a few days playing with each other and torn up bits of seaweed around the ship.  It amused many of us to see how gracefully they move and how much fun they were having enjoying their life at sea.

In many places of the world we humans compromise these animals lives.

Pollution is a big problem all over the world and I am relieved to say that in all my trips to look out at the interesting sea around us, I have only seen one piece of plastic floating in the sea.  It hadn’t come from this ship either.  We have a strict recycling and waste disposal system onboard that makes me feel right at home!

As part of our ship induction we had training in recycling and rubbish disposal while living on the JR.  Some may laugh but it’s a serious business.

Back in New Zealand at the National Aquarium one of my roles is running the “Green Team”.   For those not of the same persuasion, my enthusiasm for waste reduction causes a few sideways glances.  How can I get so excited about waste minimization?  My biological background keeps coming forth with one resounding word-interconnectedness.  What humans do affects all forms of life.

It’s impressive to see the MARPOL 73/78  shipboard regulations being followed so stridently.   MARPOL is an international marine, environmental convention designed to minimize pollution of the seas by ships, including dumping of oil, exhaust pollution as well as sewage and garbage.  In the past all of this was disposed at sea.

Being vast and common property of the world many people have taken advantage of the sea.  The “Great Pacific Garbage Patch” is an area of great environmental concern in the Pacific and a sad example of 20-30 years of careless rubbish disposal.    Marine species have no way of differentiating between tiny pieces of floating plastic and their own foods.  Unfortunately this indiscriminate consumption often kills them.

On the JR we recycle all waste and it is disposed of at port.  No pollution is thrown off the ship or released into the air.

Thanks to the dedicated efforts of the crew for helping to keep the sea free from human waste…and for being members of the Green Team!