Video Experiences with the JR (and an Interview with Dr. Alan Mix!)

The Green Team
Tripping in… 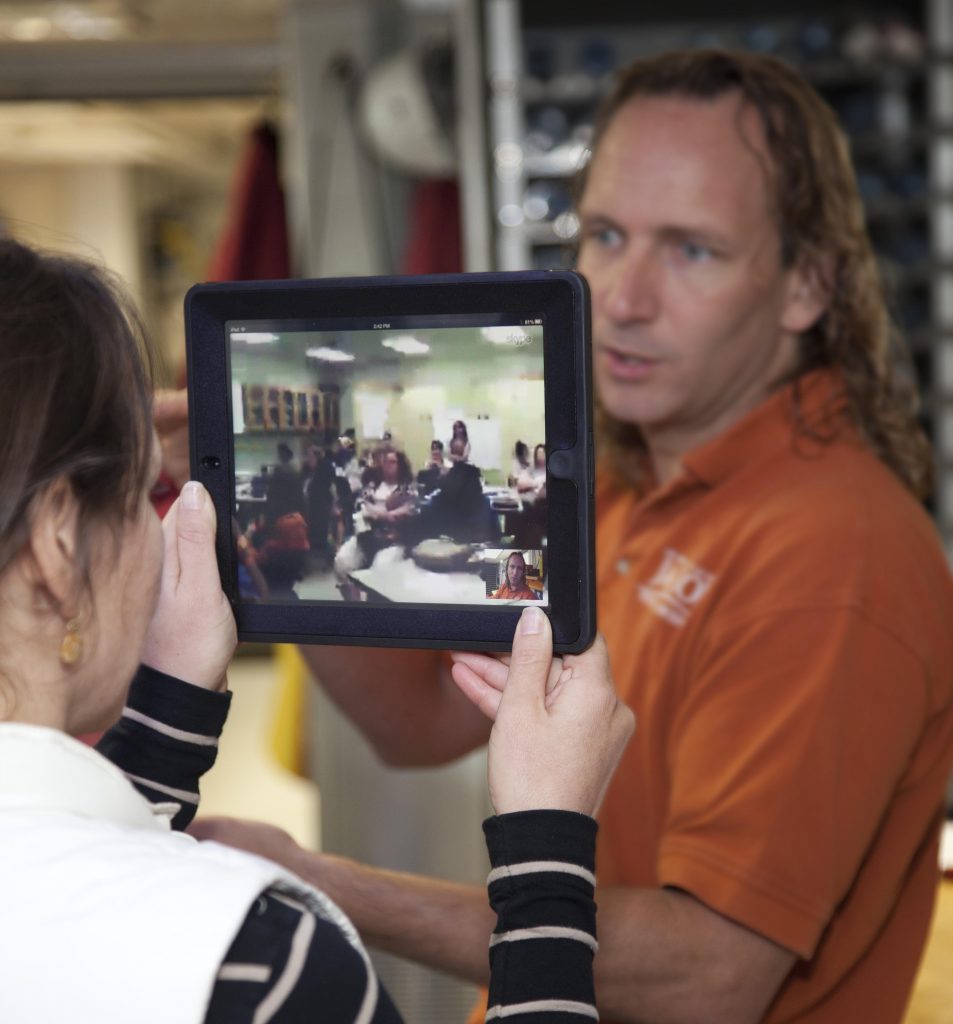 One of the best parts of working as an Education Officer on the JR is interacting with so many interesting people. The scientists on board have a passion for their work and it shows, whether it’s a scientific discussion in the lab, sharing their knowledge with students and adults during video broadcasts, or telling stories around the table in the galley.

Yesterday we had a Sype session with the Texas State Aquarium’s Sea Camp. After the call we received a note from Leslie Peart, the aquarium’s Education Director, telling us that some of the students remarked “I want to be a geologist!” after the video broadcast. In one video broadcast, students interact with 5-10 scientists and they are clearly impressed with their work. Taking science out of the classroom is pretty powerful and shows students that science really is cool.

So I’ll leave you with wise words from one of our scientists, Dr. Alan Mix. In this video, Alan explains his job on board Expedition 341, when he knew he wanted to be a scientist, and why he enjoys his job.