Another Busy Day!
The Ship – The JOIDES Resolution 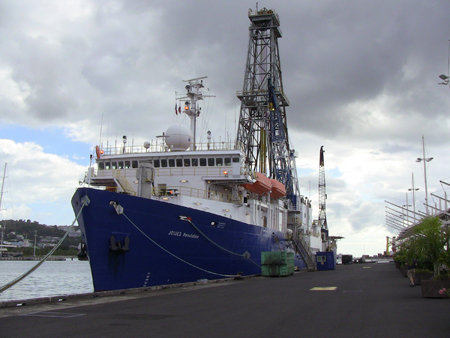 We have been at sea for seven weeks now and I have highlighted many of the people and labs on board. Today, I would like to focus on the ship itself, the JOIDES Resolution. I have included a few facts today, but our story is mostly photos.

The JOIDES Resolution was built back in 1978 in Canada and began service as an oil exploration vessel. In 1985, it was outfitted for oceanography and has remained as such. It is 470 in length, 70 feet wide, and from the water line to the top of the drilling derrick, it is 190 feet. The photo tour begins at the front of the ship and ends at the back.