The Mystery of the Shrinking (Styrofoam) Head 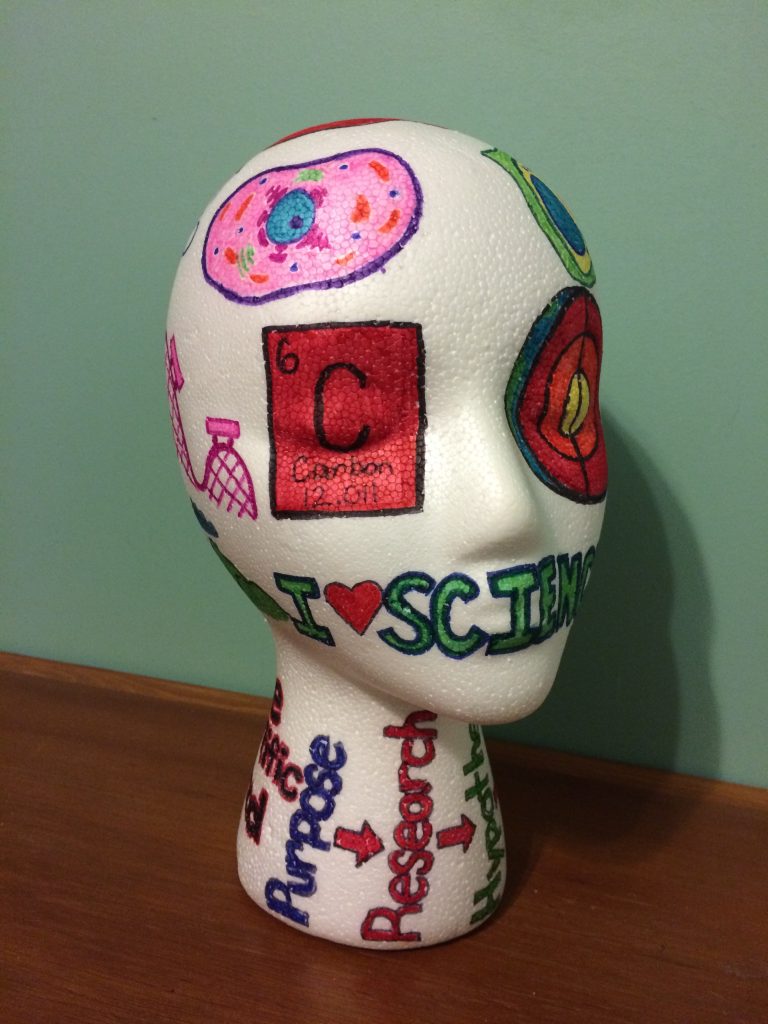 Original size of the Styrofoam head

We sent it down to 750 meters below sea level and it shrank due to the pressure.

After the 1st dive

Being only 750 meters, it did not shrink much, but we expected that. One of the benefits of this site is that the shallow depth makes it easier to reach the mantle here.

I started wondering what would happen if we sent the head down for a second time. Would it shrink any more? Styrofoam of different densities shrink if you send them down, right? All that has changed about the head was its density and wouldn’t its density just become higher each time you send it down? So I started asking around. Most of the scientists on board thought it wouldn’t shrink any more, but paleomagnetist Maurice Tivey gave me just the encouragement I needed. He believed it would shrink a bit more and he said “Why not try it? What is there to lose?” So I sent it down again, AND IT DID SHRINK!

After the 2nd dive

So, why not send it again and make it a total of 3 trips?

Here is the data:

The shrinking head has baffled many. It really should have stayed the same size because it wasn’t going any deeper. Does this mean time spent below sea has an effect on how much a piece of Styrofoam shrinks? Or maybe it was the repeated exposure to higher and higher pressure that caused it to shrink. What do you think?
Take a look at this really cool infographic on depth and pressure :http://xkcd.com/1040/large/
exp 360 pressure styrofoamexp360pressurestyrofoam
25
Jan 2016
By Alejandra MartinezUncategorizedLeave a comment