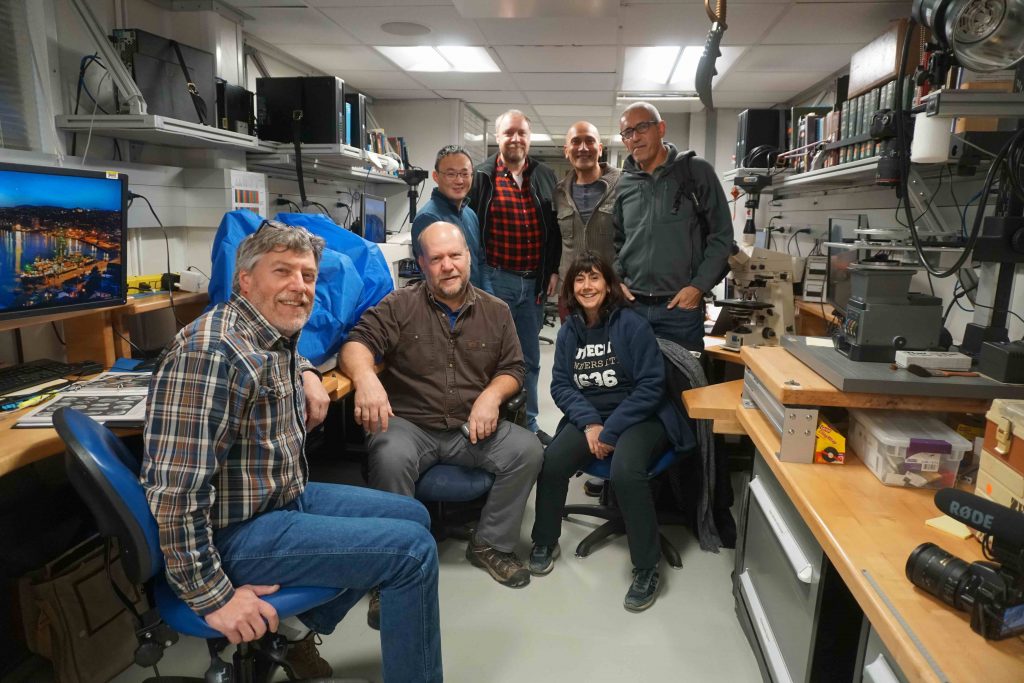 During Expedition 374, there are 7 micropaleontologists and 2 paleomagnetist specialists who are working together to track the age of the cores.

Meet the team and learn more about their work in the video below:

They are fossilized remains of tiny organisms such as algae. The fossils are formed from the hard parts of the organisms. We call these hard parts a test, which is really just a tiny shell. They are generally between 0.001 mm and 1 mm in size so that their study requires the use of the microscope. To illustrate how tiny they are, 4 species of radiolarians are compared to the thickness of a strand of hair in the picture below.

When we drill into sediments deposited on the seafloor, the deeper we drill the older the sediments are. We can use the fossils to tell us the age because different species have appeared, evolved and become extinct during the past. The main goal of our micropaleontology team is to find and identify these fossils to determine the age of the sediments.

Why are we using microfossils?

Microfossils are especially valuable for determining the relative ages of marine rock layers for several reasons:

On board, our micropaleontologists are specialized in a different microfossil groups. Let me introduce these groups to you!

During Expedition 374, we have specialists for: 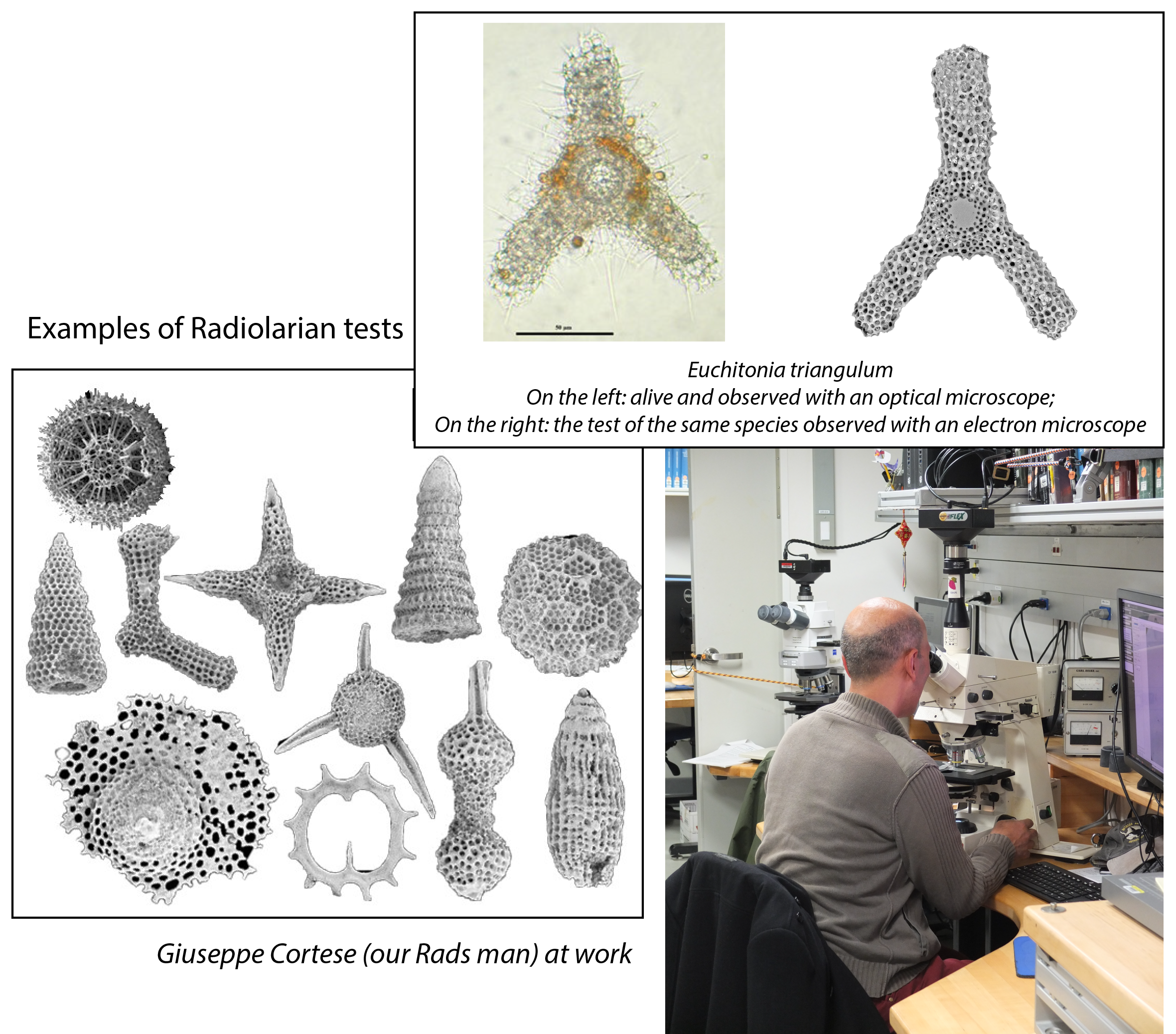 Diatoms may occur in such large numbers and be well preserved enough to form sediments composed almost entirely of diatom tests: these sediments are called diatomites. 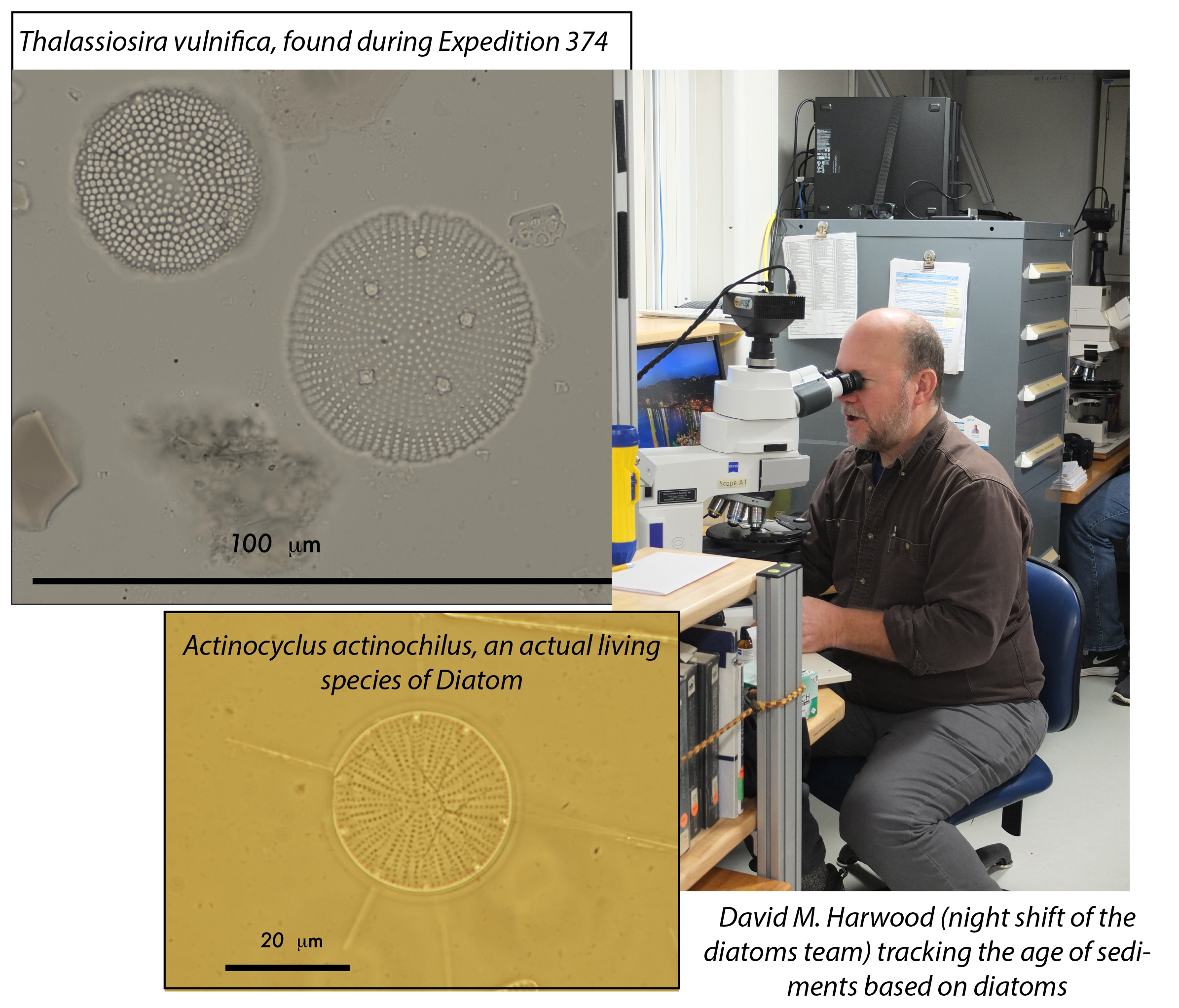 Some species are photosynthetic, others are exclusively heterotrophic and some can be both. As a consequence, they are prominent members of both the phytoplankton and the zooplankton of marine and freshwater ecosystems and are important in ice communities from Antarctica.

So, our micropaleontologists on board are the timelords of the ship (together with our paleomagnetists!). If you want to discover a few of their secrets, stay tuned for the next episode!