The weird and wonderful whales of the Southern Ocean 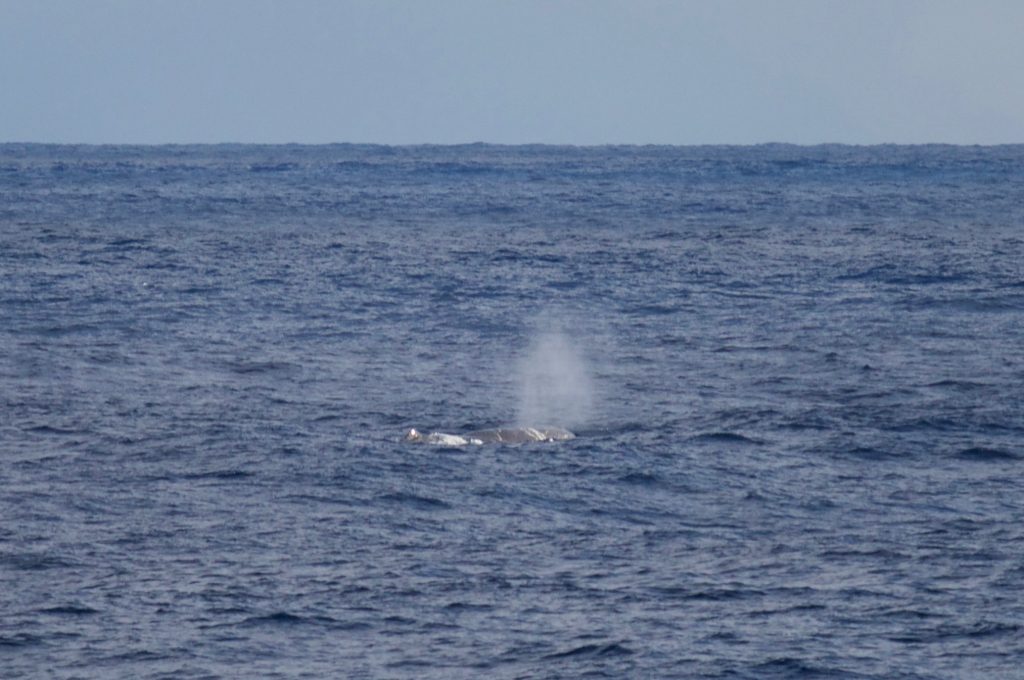 There is only one thing that I love more than fossil plankton, and it’s playing a big role in my excitement for this expedition: the Southern Ocean is one of the best places in the world for whales. There are at least 27 species that we could possibly encounter here, and some of them are so rare that they have never been seen alive. The remoteness (and storminess) of the Southern Ocean means that very few ships ever go there, so even something as big as a whale could go undetected for hundreds of years.

The Southern Ocean still holds many secrets. There are mysterious species of beaked whales that have washed up on beaches of New Zealand and Chile, so we assume they must live somewhere between these continents, but we know hardly anything about them. There is a strange type of killer whale that is genetically so different from ‘normal’ killer whales that they might be a whole new species. And then there are better known whales, like minke and humpback whales that live around Antarctica in summer but disappear in winter. Scientists think that they must migrate to the lower latitudes of the Southern Ocean to avoid the harshest conditions, but there are very few observations to confirm the routes that they take.

Additionally, and perhaps surprisingly, these cold and stormy waters also contain several species of dolphins that are not found anywhere else in the world. You won’t find the more well-known species such as bottlenose or common dolphins here because it is way too cold for them, but several species are uniquely adapted to sub-polar conditions. The southern right whale dolphin, so named because like the southern right whale, it lacks a dorsal fin, only occurs in southern hemisphere waters aptly named the Roaring Forties and Furious Fifties. It is a very weird creature that looks more like a torpedo than a dolphin. In the same area you can also find the hourglass dolphin, a very active dolphin that loves to surf along with ships, and closer to the South American coast live the small Commerson’s dolphins and Peale’s dolphins.

The numbers and distribution of any of these species are not well known. Luxury cruise ships traveling from South America to Antarctica sometimes see them, but other than that they are not frequently encountered. For that reason, any sightings and pictures we manage to take on board can help conservation efforts. There are special websites where anyone can submit information about their whale or dolphin sighting including coordinates, time of year and any pictures they managed to take, which scientists can use to learn more about which species lives where. So for us on board the JR it’s a double win: we can have a great time off shift looking for whales, and contribute to science at the same time!

A mid-latitude southern hemisphere species that is easily recognisable by its black head and white back. They are the smallest species of dolphin and love to surf along with ships. Most frequently encountered close to shore and in fjords.

Another exclusively southern hemisphere species. Dark back with lighter details on flanks. Can be very acrobatic. Most frequently encountered close to shore. We actually saw a very playful group of these guys in the harbour of Punta Arenas!

Small and dark with a rounded dorsal fin that looks more like a porpoise than a dolphin. They are rare and only occur near southern South America. They are very shy and scared of boats, so I don’t think we’ll see them from our 150-meter-long drill ship. They are usually found very close to shore.

Very energetic species with striking black-and-white patterns on the flanks, resembling (with a bit of imagination) an hourglass shape. They actively seek out ships to surf along in the bow wave. Most frequently encountered offshore in large pods. I’m really keeping my fingers crossed we’ll see these guys because they sound like a lot of fun.

No idea who came up with this name. One of only two dolphin species without a dorsal fin (the other being the northern right whale dolphin). Looks like a cross between a penguin and a torpedo. Very fast swimmers that occasionally mingle with hourglass dolphins, so we will keep an eye out if we see either species. Usually encountered in the open ocean.

Actually a large member of the dolphin family. All black with a broad dorsal fin and very long tail. Can grow up to 6m in length. Usually forms large pods led by the oldest female, similar to orcas.

My all-time favourite. Impossible to mistake for anything else. Recent research has shown there are at least 10 separate communities or ecotypes of orcas, each with a unique dialect of clicks and whistles, and specialising in specific types of prey. Different ecotypes hardly ever interact with each other, and don’t interbreed. On our expedition we are mostly likely to encounter Antarctic types A and D:

A rarely encountered group of toothed whales. There are 21 species (that we know of) and we know hardly anything about them. Some species have never been documented alive. They are very deep divers and are most likely to be seen off the continental shelve in waters deeper than 3000m. They can be recognised by their long, weird-looking beaks, intermediate size (larger than dolphins, but smaller than most whales), single blowhole, and flukes which have a bit sticking out in the middle where all other cetacean species have a notch. They also all have two grooves in their throat.

One of the more common baleen whales, but excellent value for money and a favourite with whale watchers world-wide. Swims relatively slowly and raises its fluke before taking a dive. Every fluke is unique and can be used as a ‘fingerprint’ to identify individuals. Fluke photos can be submitted online to see if your whale has been sighted elsewhere (for example at happywhale.com), and to get an idea of its migration patterns. Jumps clear out of the water if you’re lucky. Can be encountered both offshore and near the coast.

Biiiiig. And blue. Sort of. In calm weather they look blue when swimming just under the surface, but their skin is actually closer to grey with lighter and darker mottled patches. Very fast swimmers that are usually solitary.

The second largest species (up to 27 m). Can be distinguished from the blue whale by its single-tone grey skin and the white swirl on its right shoulder (but not the left).

~15 meters long, grey skin and white swirls on both shoulders and flanks. Much smaller than the fin and blue whale but slightly larger than a minke whale. Broad dorsal fin that can be mistaken for a dolphin from a distance. Can be difficult to tell apart from the minke whale.

Variety of the common minke whale but without the usual white bands on the flippers. They are 8-10 meters in size and usually travel alone. In summer they are most frequently found close to the Antarctic continent to feed on krill, but it’s not fully understood where they go in winter. Several studies suggest they migrate northwards to the open waters of the Southern Ocean, so we might encounter a few.

So called because they were the ‘right whales to hunt’. Big whales, they swim very slowly and they float when dead so they were easy targets. Contrary to the northern right whales, they have been making a gradual comeback and are now common along the eastern South American coast. Adults are covered in rough white patches formed by whale lice and barnacles. Most frequently encountered near the shore (when not migrating).

This is a species I have had to add after we left! We have only seen whales once so far, and they turned out to be sperm whales. Males and females have different distribution patterns: females live in pods in warm, (sub)tropical waters to raise their young, but the males are largely solitary and live at much higher latitudes to hunt for squid and only occasionally travel to the females to mate. If we see any, they are therefore likely to be males because no female in her right mind would try and raise a calf in the cold, dark and stormy waters of the Southern Ocean. Sperm whales can be encountered in most deep oceans around the world, but are more common in some places than others. I guess we’ll find out which category our area belongs to in the next few weeks!