More for our NOSB core sampling friends!
The "What’s" and "Why’s" of Expedition 342 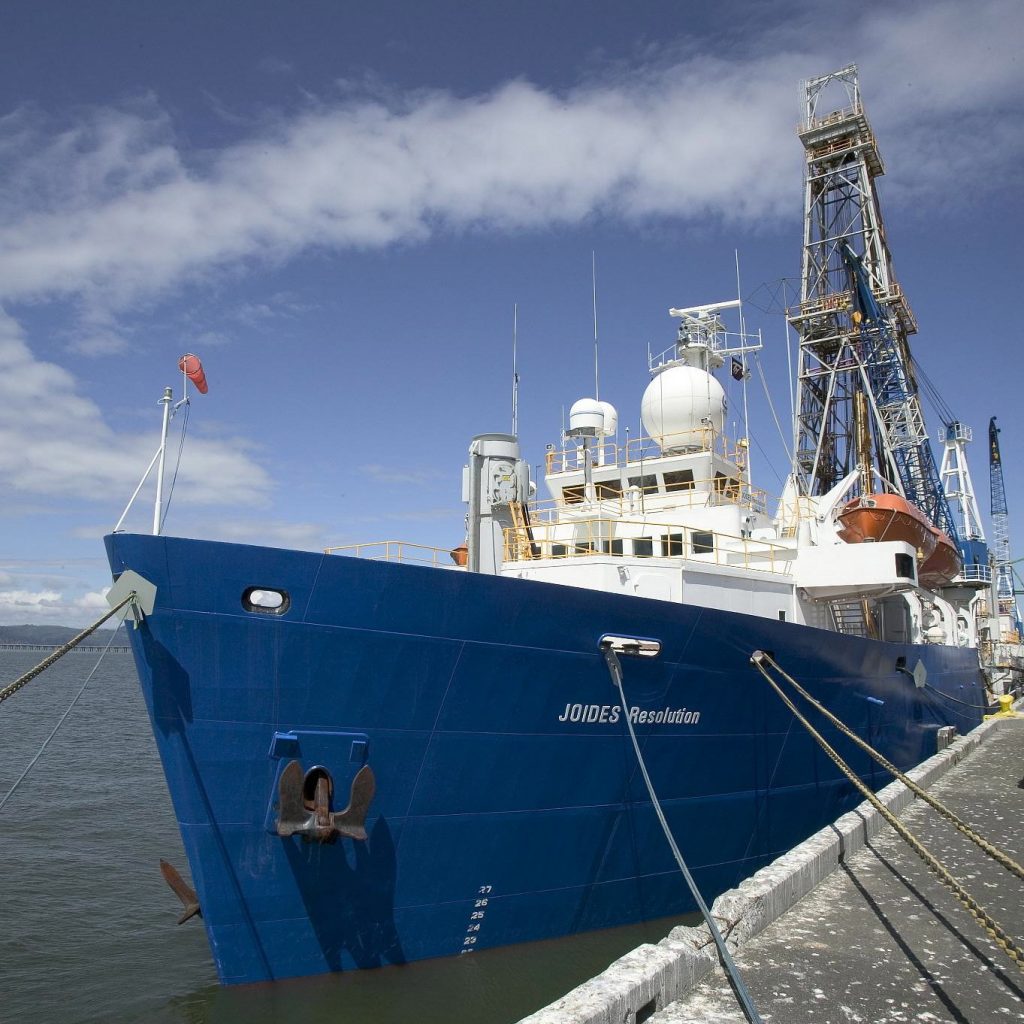 My name is Caitlin Scully and I am the education officer for Expedition 342. I am so excited to share our adventures both on and off of the JOIDES Resolution. You can learn some of the specifics about Expedition 342 on the expedition site.

You may be wondering why the JR is heading to the North Atlantic and what the goals are for our science party. What is a sediment drift? When was the Paleogene? Hyperthermals? What? Fear not! This post will describe the initial what’s and whys of Expedition 342: Paleogene Newfoundland Sediment Drifts.

The JR will leave Bermuda on June 1st to begin the weeklong trip north. On the way to the primary drilling locations, we will make a stop about 100 miles southeast of New York City. This location is both critical and exciting, as the crew will be testing new drilling equipment. The results of these initial drilling tests will determine what equipment will be used for the main drill locations in the North Atlantic. After a few days along the US East Coast, we will head to the primary drilling locations. This is also when the JR will pass the final resting place of the Titanic. The Titanic lies among large-scale sediment drifts on the bottom of the North Atlantic. These sediment drifts are reminiscent of giant dunes, except they are made of mud in the deep sea.

Why are we drilling into these sediment drifts? Well, there are four reasons:

Just over three weeks until we embark on Expedition 342! Don’t forget, we have openings for free Ship-to-Shore Broadcasts available – all you need is Skype, a webcam, and a love for science!