The Wildlife of the Guaymas Basin 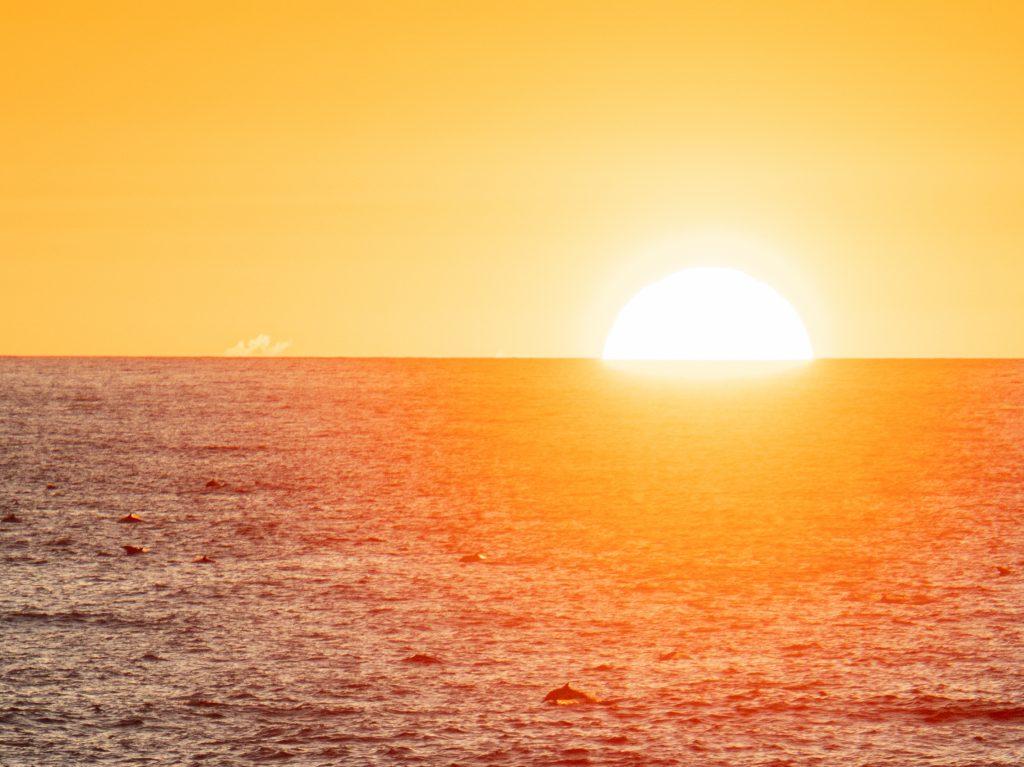 Fishing bats, thousands of dolphins, whales, jumping sting rays and more… the Gulf of California has it all…

The Gulf of California is one of the most productive oceans of the world. No wonder why the French explorer Jacques Cousteau once called the it the world’s aquarium. From the undiscovered (yet) archaea below the seafloor to flying bats, all kinds of animals live here.

Apart from the tiny bugs the microbiologists are looking for, other types of life have attracted the attention of the people aboard the JOIDES Resolution.

Here’s a quick countdown of the wildlife we’ve seen so far:

Not even an hour had passed when we left San Diego and dolphins were already swimming along the JR. It was the perfect send-off.

But that was nothing compared to what we say a few days ago. Just before the sunset, assistant lab officer Beth Novak spotted a weird dark line in the distance. When we went out, we noticed it was caused by a large pod of dolphins swimming at full speed. They were too far to see without binoculars, but Garrick van Rensburg, marine instrumentation specialist, caught a great video of the moment.

But that was not it.

The next morning, just at the break of dawn, thousands of dolphins made the blue line in front of the JR. The night shift stopped for a moment to admire the wonderful spectacle of nature. Sedimentologist Ivano Aiello, who has sailed many times on the JR before and has worked continuously in the Guaymas basin, said he had never seen that before. Astrobiologist Manet Peña Salinas caught the moment on camera.

Yes, you read that right. The first one who noticed that bats were visiting the JR at night was geophysicist Florian Neumann. Then, the entire boat found out about the bats when a small guy appeared on the catwalk. People cared for it and build a small cave for it since it looked weak. We caught dragonflies and crickets to feed him, but they were not eaten. It wasn’t until geochemist Jeanine Ash went out during the night to catch some fresh air, that she saw a bunch of them flying close to the water. She immediately ran to paleomagnetist Louise Koornneef, who was caring for the JR bat, to tell her about what she saw. Turns out these bats eat fish, not insects. These fish-eating bats only live in this part of the world, in the islands and coasts of the Gulf of California and the Pacific side of Baja California. On the same night, the bat we were caring for, flew away close to the water, as these bats do.

Check out this video by Hakai magazine about these intriguing bats.

While on transit, a good number of boobies, mostly brown boobies, stuck around on the deck. While some of them were flying on top of the boat, others rested calmly.

Beth Novak caught this beautiful American kestrel on camera. It’s the smallest and most common falcon on North America and this little guy paid a visit to the JR.

People were so excited when the captain announced to the entire ship that there where whales nearby, he had to yell, “No running!” to calm us down. We saw a large pod of pilot whales calmly swimming in the friendly waters of the Mar de Cortés.

When we approached Guaymas for a moment, a frigatebird flew with us for a while.

Turtles were among the first animals we saw on our journey. Technician Peter Flaming caught one of them on camera.

Other wildlife we’ve seen so far include sea lions and many butterflies and moths. When we were close to Guaymas, we also saw medium-sized sting rays jumping out of the water. It was definitely a first for many of us. They were so fast, we couldn’t get them on camera.

Let’s see if later we can spot some humpback whales or other beautiful creatures that roam the waters of the world’s aquarium.