Time Travel with the Paleomagicians

“A Foolish and Unjustifiably Expensive Fiasco”: the beginnings of ocean drilling
This Ship Has Sailed…But We Still Get to do Exciting Science! 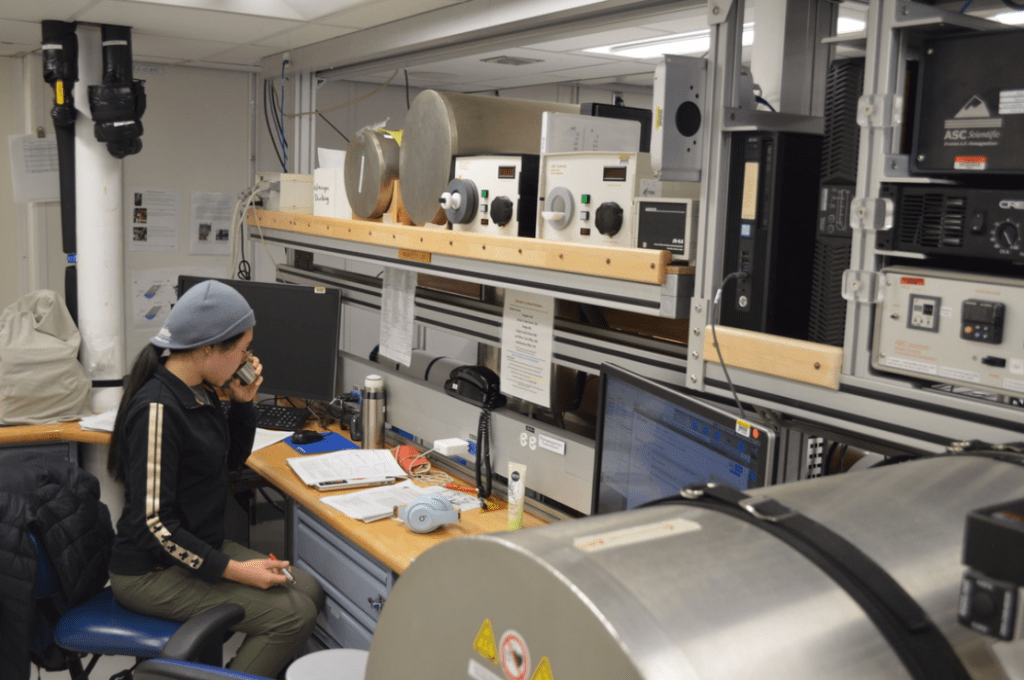 Suggested title revision: Application of the Geomagnetic Polarity Time Scale In The Attribution of Numeric Ages to Marine Sediments. Right, let’s run with the original title.

As promised in Act Your Age, here is the eagerly anticipated story of how our heroes Wendy and Wei save the planet:

Wendy and Wei are experts in the analysis of the magnetic properties of sediments and rock, and they use these analyses to determine the paleomagnetism of the cores back through geologic time. The polarity (direction of magnetic north and magnetic south) of Earth’s magnetic field has reversed periodically throughout geologic time. Decades of measuring these normals and reversals on radiometrically-dated volcanic material have gifted us the Geomagnetic Polarity Time Scale (GPTS; a portion shown below):

In the Paleomag column above, intervals of geologic time characterized by a normal magnetic polarity (i.e., similar to the modern) are indicated by black rectangles, and the reversals are indicated by white. Our Heroes, Wendy and Wei, analyze the magnetic inclination of the split cores and discrete cubes of sample removed from the working halves, using the shipboard magnetometers:

Prior to analysis, our Heroes must perform a series of demagnetization steps in order to remove the magnetism inherited since these materials were buried on the seafloor. This process can be exceedingly complicated and challenging, particularly on a ship that is surrounded by equipment and structures that complicate the magnetism. In fact, most of what our heroes do is so complicated that we mortals often refer to them as Paleomagicians.

If the sediments behave, our Heroes could collect data that looks like this and correlate it directly to the GPTS:

Time will tell if our Heroes prevail in their epic struggle against carbonate and mud….

In case you were wondering, I’ve moved on to some Billy Joel and Broken Social Scene.

On another note – ever try to tell someone something that was just pant-splitting, soda-spitting, hysterically funny at the time, but elicits no response (at best) from your audience in the re-telling? In a special segment titled You Had to Be There, here are a few of those instances that we have shared during Exp. 378. Could you please at least just humor us and smile? 😉