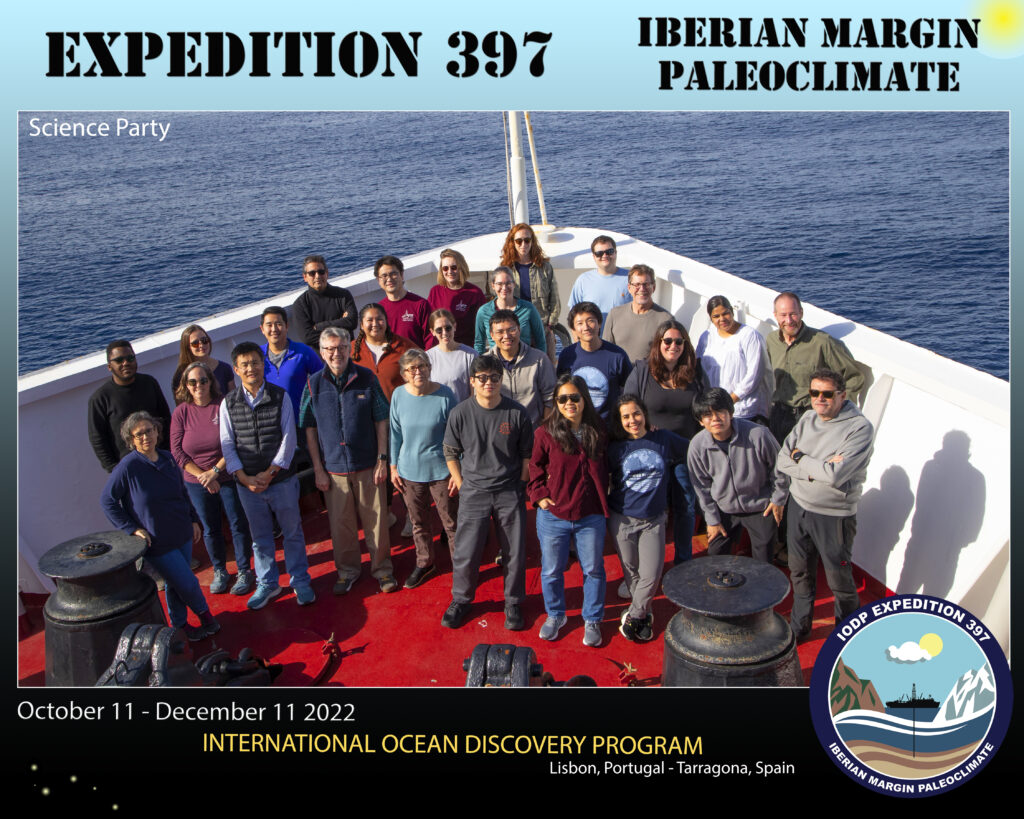 Throughout the expedition, I’ve recorded short conversations with people onboard. I’ve done this in English and then, where appropriate, also asked the person to share the same story in an additional language (and in our opener, which is an introduction to IODP as well as to Viviane, we have three languages).

I edited these conversations into short narratives and paired them with a few photos and ambient sound so they could be shared as videos. They’ve been on social media (Twitter and/or Facebook, depending on length).

I’m collecting them here into two blog posts, with six people featured in each. (Each blog post contains more than six videos because all languages are included.)

A note on methods: I first used a platform called Audiogram to create these, tweaking as I went until I found a template I liked. I also added captions after the first few. Then, Audiogram didn’t work for a while so I switched to designing my own version using Adobe Premiere Pro (which is an incredibly sophisticated video-editing software that I only know how to use at a very basic level). It allows for more photos, which is nice. I went back to Audiogram for one of the last ones just to see whether it was really working again. (It is, and that final one is a gem! Be sure to visit Part 2 and scroll to the bottom for it.)