What Does it Take to be a Scientist?

Too Small to See, Too Important to Ignore
Watercolors: stress-free and unstructured 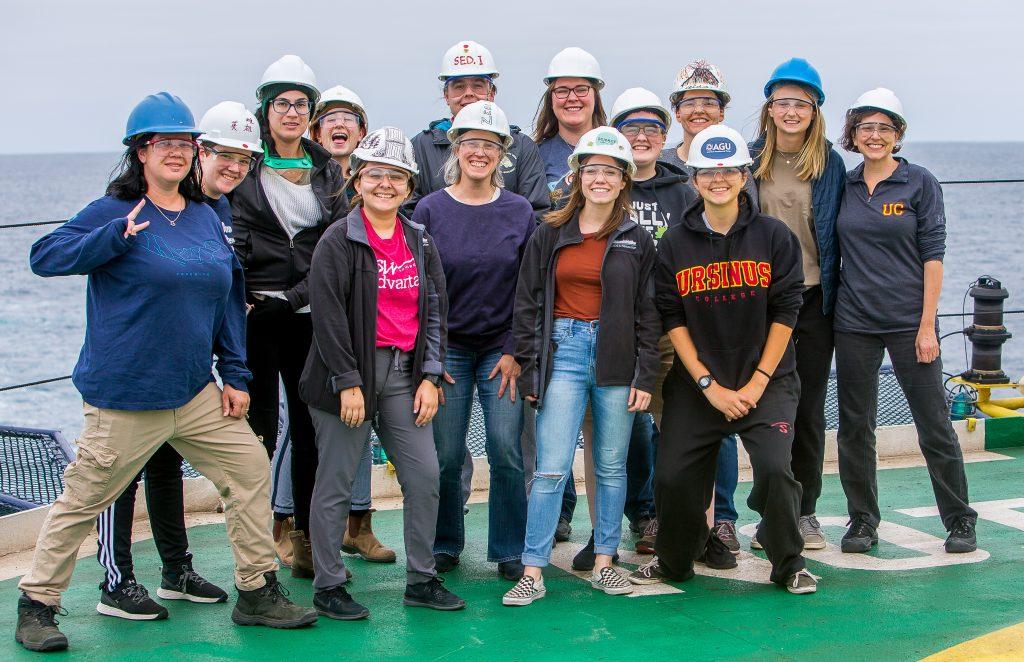 What does it take to be a scientist?

Ask a scientist what characteristics contribute to a successful scientific career, and no two answers will be exactly the same. But one thing is clear – each scientists’ career pathway is as much about their personality as it is about how much they studied in school or which college major they picked. During Expedition 385T, members of the science party have been sharing with JR Academy students how they ended up where they are today. Here’s some juicy snippets we’ve captured so far:

“I’ve had five key moments in my life where I’ve been in the right place at the right time,” says Keir Becker, a marine geologist who’s been sailing on research vessels for 40 years. Keir believes that each of these moments was a pivotal point in his life and career, from being a scientist on the first expedition to visit legendary bore Hole 504B (one of the oldest and deepest sampled holes in ocean drilling history, and one we are re-visiting now), to meeting his wife at sea!  “If you are a team player, observant and able to recognize good opportunities, you’ll go far in life,” Keir believes. For him, that’s meant joining over 70 research expeditions at sea, including 9 visits to Hole 504B over the years. He’s helped develop novel subseafloor measurement and observatory techniques and discovered a lot about how subseafloor fluid flow affects processes in the oceanic crust and at subduction zones.

“I’ve never been in the right place at the right time,” jokes Peter Blum, IODP expedition project manager. “But stuff happens.” He concedes that there are a few critical times in each person’s life that determine the course they will take into the future. Peter’s life path has certainly had many unexpected twists and turns. Through it all one thing stayed constant – his interest in nature and how the planet came to be. From his childhood in the Swiss countryside, his experience in grad school in Japan, to coordinating ocean science onboard the JR, Peter has always followed his passion. “My life motto is that you have to have pleasure in what you do every day, not dread it. Passion matters. Increasing pleasure in life and reducing pain for me and those around me are the ultimate motivations.”​

Growing up as a woman in Japan, Masako Tominaga (co-chief for Expedition 385T) faced constant pressure to conform to the expectations of others, from her hair style and clothes to the way she thought. “Women in Japan are traditionally valued to be a follower instead of a leader or facilitator,” explains Masako, “but I was raised not to fit into the box. I was always rattling the cage.”  She decided to pursue her science career abroad in an environment where she could have more autonomy, settling on the United States.

She sought out mentors and shifted from engineering toward marine geophysics, eventually finding her place as an operations manager in ocean sciences. She’s now logged nearly 600 days at sea, deciphering how Earth operates using geophysical signals recorded within sub-seafloor rock formations. Masako credits her success to a strong focus on clear communication. “Every day I wake up and think about how I can communicate better,” she says, to bring about an organization in which people can talk no matter what. Her main goal at this stage in her career is help others succeed in their research careers in ocean sciences.

“Personality goes a long way,” says Collin Brandl, a PhD student working with Masako on Expedition 385T. “Be nice. Talk to people, get to know them. Luck only gets you so far – a lot also depends on how you act toward others.” Collin started out wanting to be a mechanical engineer, but when he arrived as a Freshman at Texas A&M the closest major available for him to enroll in was physics. Fortunately, he ended up taking a marine geophysics course taught by none other than Masako, which opened up a new world of career ideas in oceanography. His original grad school plans fell through, but instead he was selected to participate in a 7 day early career scientist training cruise along the Cascadia Subduction Zone, which prepared him for his later masters and PhD research in seismology.

Geoff Wheat grew up along the coast of Massachusetts, and always loved the ocean. He didn’t immediately know how he could work the ocean into his career, but his interest in math, chemistry, and natural sciences eventually led him back to the sea via a career in geological oceanography. “It takes time to figure out what you are interested in and what you want to do in life,” says Geoff. He thinks it’s good to try different things and take new opportunities to see what feels right. But through it all, try to focus on doing things with purpose. Create things there’s a need for. Geoff does just that these days – besides spending a lot of his time on expeditions at sea to study fluids beneath the seafloor, he also leads a Seafloor Science ROV summer camp for kids in California.

Wherever something exciting is happening on the JR, whether it’s new cores on deck or dolphins off the bow, you’re likely to find Sarah Kachovich on the scene snapping pics with her impressive camera. Sarah is the Imaging Specialist on our expedition, but she’s much more than a photographer; Sarah also plays an integral role in documenting new cores as they are brought into the lab, and she is a trained micropaleontologist – an expert in identifying tiny fossilized critters found in sediment cores that can be millions of years old!

“It’s not about luck,” she says. “People are smart, they network, they are open to possibilities, they learn to communicate, and look for open doors. You get curious, and you ask lots of questions!” Working on the JR has allowed Sarah to combine her love for science with visual art, something she’s tried to pursue throughout her academic career. In her mind, success is about conscious effort.

“Being successful in science is about having confidence in yourself to fix problems when they happen,” says Beth Orcutt, Expedition 385T co-chief. According to Beth, it’s not about if failure happens, it’s when. Failure is a part of science – whether an experiment doesn’t go as planned or a mechanical problem at sea means precious data is lost. Being able to troubleshoot during those moments and continue on requires a strong belief in yourself and the importance of your science. Often, you learn the most during those moments.

As a marine microbial biogeochemist, Beth has certainly learned a lot about troubleshooting – she’s participated in many ocean expeditions around the world, and now runs her own lab at the Bigelow Laboratory for Ocean Sciences in Maine. She was introduced to the wonderful world of ocean microbes as an undergrad, and she’s dedicated her career ever since to sampling remote seafloor regions and uncovering the secrets they contain about the evolution of life on our planet.