One Journey Ends, Another Begins!
Interesting story on NPR today! 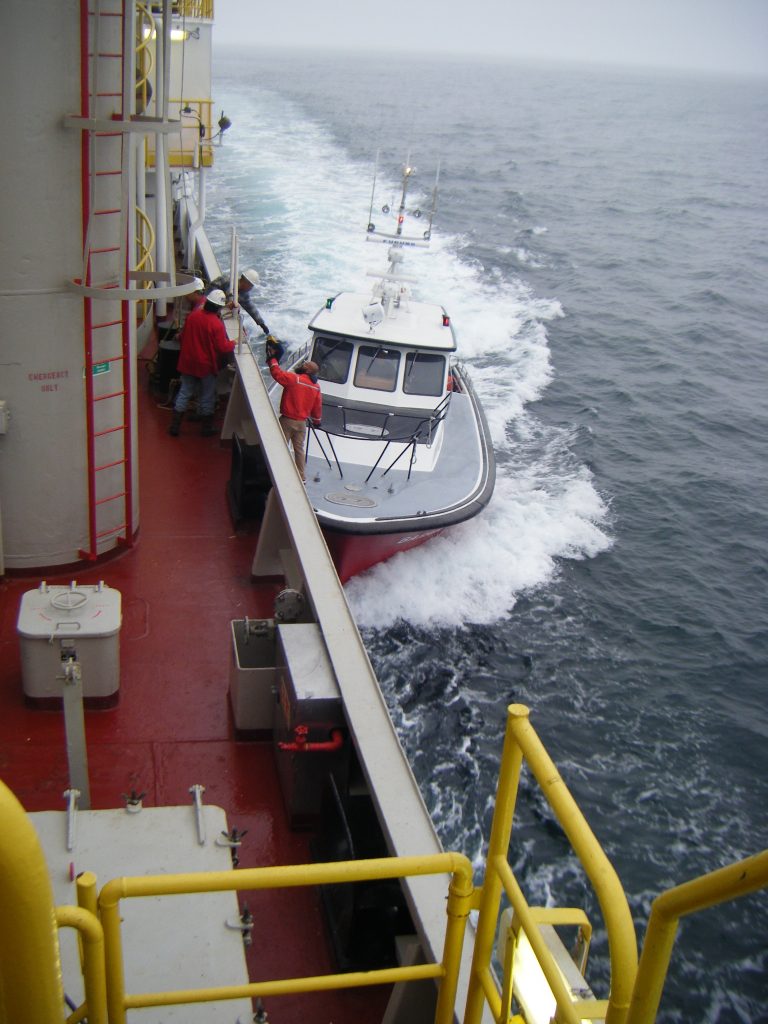 Victoria woke up with a start this morning.  Lots of new noises were telling her something different was happening.  Her stomach was grumbling, but she had to miss breakfast to see what was up.

Hiding under the pile of clean laundry on the floor she could see several humans dragging huge backpacks and suitcases up the stairs.  Bang, bump, crash, wallop!   No wonder she woke up so early.

Outside on deck the crew were busy too.  Rope ladders and coiled up lines were lying on the focscle deck.  She watched the chief mate putting the rope ladder over the side.  But the ship was still moving!  She heard the mate talking about a pilot coming on board and something called customs coming too.

This was looking a bit scary so she decided to go inside and investigate further.  She just might find some breakfast too!

A nice smell of potatoes was coming out of one of the bags on the floor.  She decided to creep in and check it out.  Yum!  Potato chips!  What a find!

All of a sudden the bag she was in was pulled up from the ground and she was trapped inside!  A human had put it on her back and was walking quickly down the hall and stepping outside to the focscle deck!  All she could do was hide inside the bag.

Where was she going now?