Who is the most important person on the ship? Is it those who start analyzing the core first?

Life at Sea vs. Life in Bremen
Who is the Most Important Person on the Ship? How far could we get without engineers? 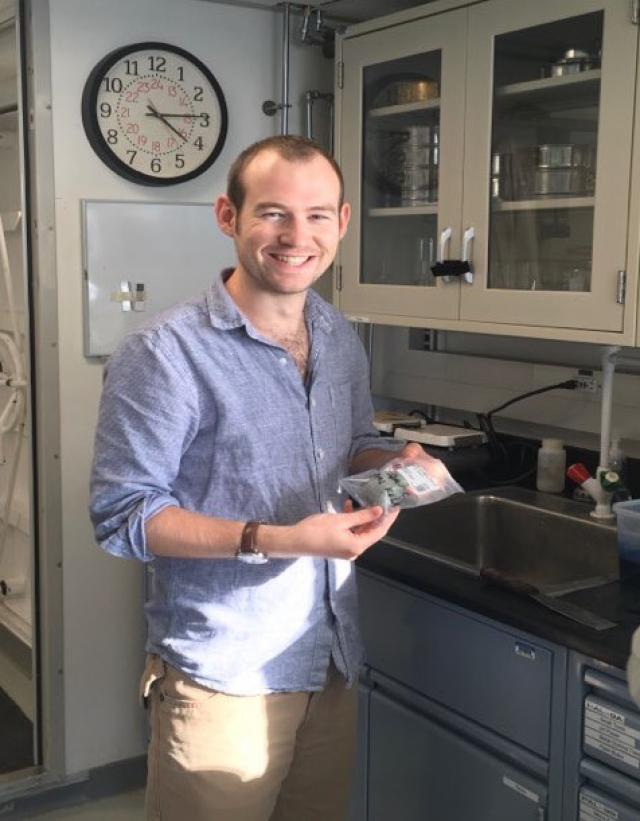 So who starts analyzing the core first?

There is great anticipation as the first core is brought up from the deep-sea bed. We select sites where the sediment has taken millions of
years to build up.

It is made from both living things that have died and fallen to the bottom and from eroded rocks that are washed into the sea. Sediment further away from the land contains less sediment that is from eroded rocks. A long cylindrical sample of this sediment is taken going deep into the sea floor. You can imagine a straw being pushed into a thick milkshake. This is similar to how the first cores of sediment will be taken. A 9.5 m length of pipe will be pushed into the sea floor and the sediment it cores through is brought to the surface. This is repeated until we get to the depth that the scientists require. When the sediment cores are brought to the surface scientists want to know as quickly as possible the age of the cores. The rush is on as the cores are bought up quickly and need to be processed. Knowing the age of the cores helps determine what should be done next.

Chris Poole is a young scientist who has just submitted his PhD in micropaleontology at University College London.  He has always had a keen interest in wanting to understand how the Earth works. As a child he would collect rocks and wonder how mountains ended up where they were. It was only natural for him to want to study geology at university. After completing his MGeol at Leiceter University he went on to start his PhD. He became an expert in small organisms called
foraminifera or ‘forams’ for short. They are very small and have a calcium carbonate shell or test. There are many species of forams an they have changed over time. Some have evolved and others have become extinct. Some like warm water and others cool. Some live on the surface (they are planktonic) and
others on the bottom (they are benthic). When Chris looks at samples of sediment he can identify the fossils species of the forams he finds. Some only lived at certain times and when he sees them in the core he knows the age of the core at that point. 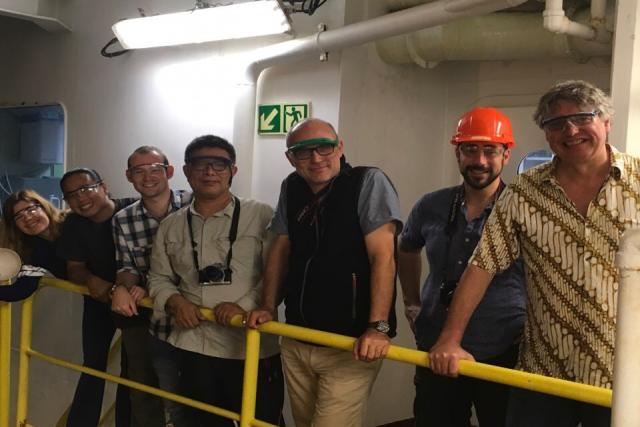 The samples that Chris and the rest of the biostratigraphy<
team will be looking at first are the core catcher samples. This is the bottom
section of the 9.5 m of sediment cores that are bough on deck. This bottom
section tends to get a little mixed up and is not so useful to other scientists
looking at the more detailed changes through each layer of sediment, but is
useful for determining the age of the sediment using foraminifera. The samples
are first washed in a very fine sieve (0.125 mm and 0.063 mm). The sample is
then dried on filter paper and then put under a microscope so that the
micro-fossils can be identified and the sample dated.

All the other scientists rely on this team to quickly date the sediment.

Next up in this series we will find out the job the engineers do.