A Day in the Life of a JR Sedimentologist

Splitting Core…and Peering Back in Time
Our Coring Toolkit 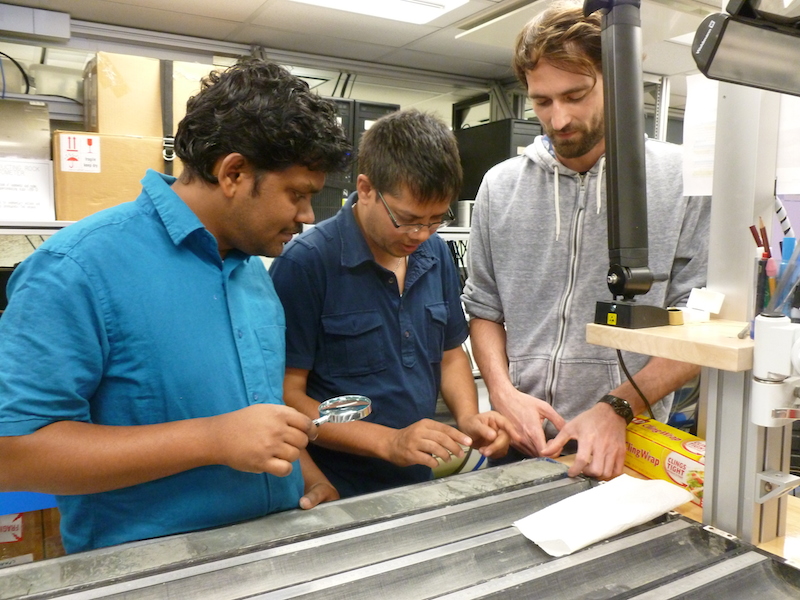 I’ve never seriously studied sediments before. I’m used to working with “hard rock” – specifically basalt, which is rock that once flowed out of a volcano as molten lava. Sediments on the other hand can be made up of pieces of many different types of rock, or even other materials like shells or parts of tiny organisms. So I was excited to try my hand as a sedimentologist for the day. 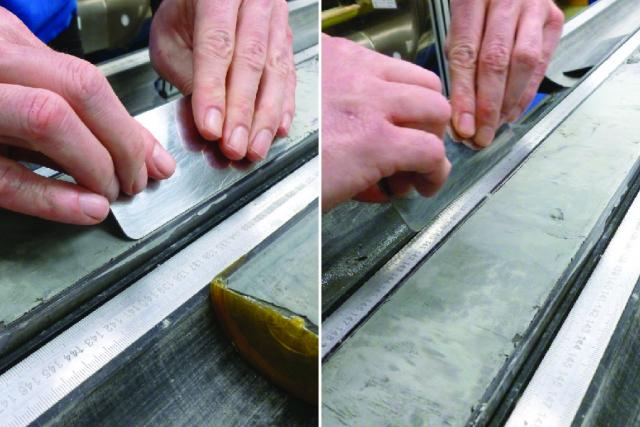 As soon as the cores are split, a technician brings the archive half to the core description table.  One of the first things we do is to take a small blade and scrape the top surface of the core to remove any disturbances caused by the drilling or cutting process.  This allows us to see the natural features of the sediment.

Then it’s time to take a high-resolution image of the core.  Sedimentologist Swostik Adhikari from Shimane University, Japan shows me how this is done. First, we have to scan a barcode that contains information about which expedition, hole, core number, section and depth the core inside belongs to.  It also indicates if any samples have been taken from the bottom of the core, in which case we add foam blocks so that there aren’t any gaps in the record.  The core is placed in a track, and the camera moves down the length of the core. 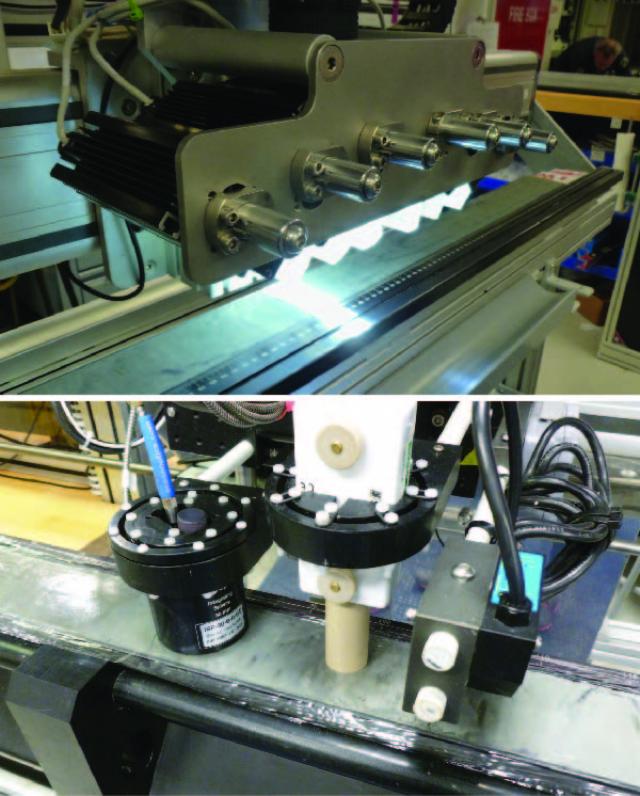 Next it’s on to an instrument that determines magnetic susceptibility, which is a measure of how easily the sediments can be magnetized due to the presence of magnetic minerals, like magnetite. Because the tools actually touch the surface, we cover the core with film to protect it and the tool.  My first attempt at this takes me awhile, as it’s important not to have any air bubbles under the film (plus I’m a bit of a perfectionist!).  A few minutes later, Swostik politely beckons me over.  I haven’t cut the film at one end, which means that it’s covering up some sensors.  A quick snip and we are back in business.

Finally, it’s time to describe the core.  For this step, I’m working with Hendrik Lantzsch from the University of Bremen, Germany.  I’m surprised when he tells me that I’ll be the one entering the data into the system, as I feel rather underqualified for the job.  We begin by describing any drilling disturbances.  Sometimes, the sediments are deformed at the sides and ends of the core, due to the huge forces that are involved when the piston shoots into the formation, or when it is pulled out. 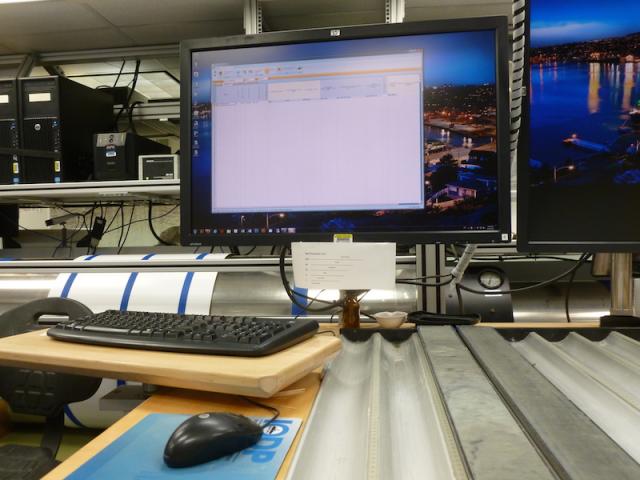 Hendrik patiently takes me through the process of describing the sediment, starting with the major and minor lithologies.  I remember enough from my undergraduate sedimentologyclass to be able to classify the sediment as sand, silt or clay.  But here we want to be more specific – is it a silty clay, or a clayey silt? We take a small piece of the sediment and rub it between our fingers to check.  If you really want to be sure, you can even put it in your mouth – silt will feel gritty on your teeth whereas clay will feel smooth. We carefully describe a range of other features, including colour (this one was mostly grey to dark grey), structures (for example, traces left by burrowing animals), bedding (thin or very thin beds?), and boundary geometry (sharp or gradational? horizontal orinclined?). 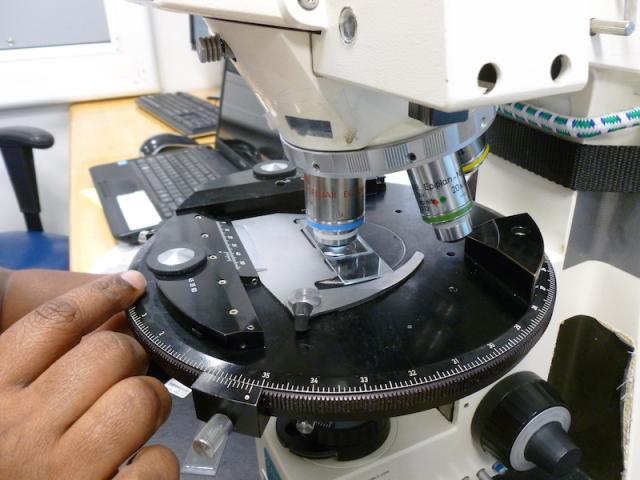 Just when I think we are done, Hendrik notices something near the top of the core – a few centimeters of slightly lighter coloured material.  We’re not sure what it is, so we ask one of the other sedimentologists, M.C. Manoj from the Birbal Sahni Institute of Palaeobotany, India to make a quick “smear slide.”  He uses a toothpick to take a small sample of the mystery material and smears it onto a glass slide with a bit of water. As he looks at the slide under the microscope he smiles, which I take as a good sign, and calls over Babu Gyawali, one of our nannofossil specialists from Tohoku University, Japan.  He identifies the tiny fossils as Discoaster pentaradiatus, a type of extinct star-shaped marine algae. Because we know when this species lived, we can say that this sediment must be at least 2.4 million years old.

We edit our core description to include this new information, and our job as sedimentologists is done. Now it’s up to the next team, the paleomagnetists, to have their turn with the core, revealing additional clues hidden within the sediments.