A Day in the Life of a JR Sedimentologist
Tripod on a Boat? 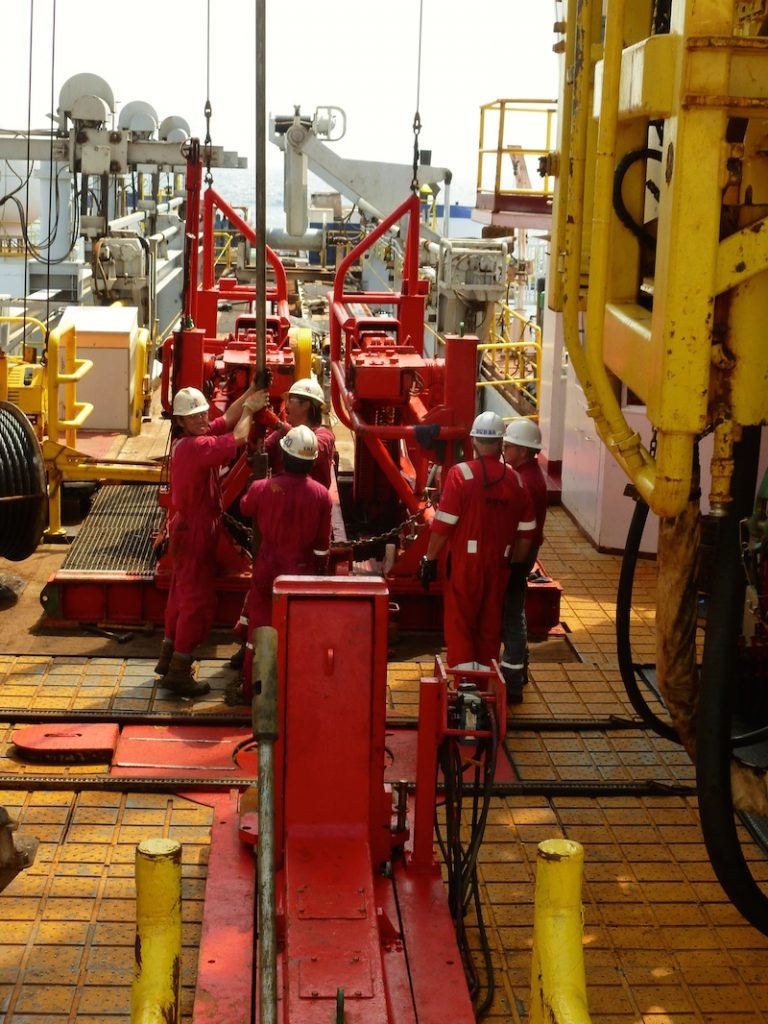 A few days ago we broke the scientific ocean drilling record for the deepest APC core ever obtained (687.4 meters below the seafloor!). But what is APC? And how does it differ from other coring systems?

On the JOIDES Resolution, we have three different types of coring systems at our disposal.  The choice of which one we use depends on the type of material we are drilling into.

For very soft to firm sediments, we use the advanced piston corer (APC; bottom left photo).  The APC core barrel is lowered inside the drill pipe to the bottom of the hole.  A large amount of pressure (~2500 psi) is then applied to the drill pipe.  As soon as a certain threshold is reached, the core barrel shoots 9.5 meters into the sediment.  The inner core barrel, which contains the core, is then pulled all the way back up to the ship. 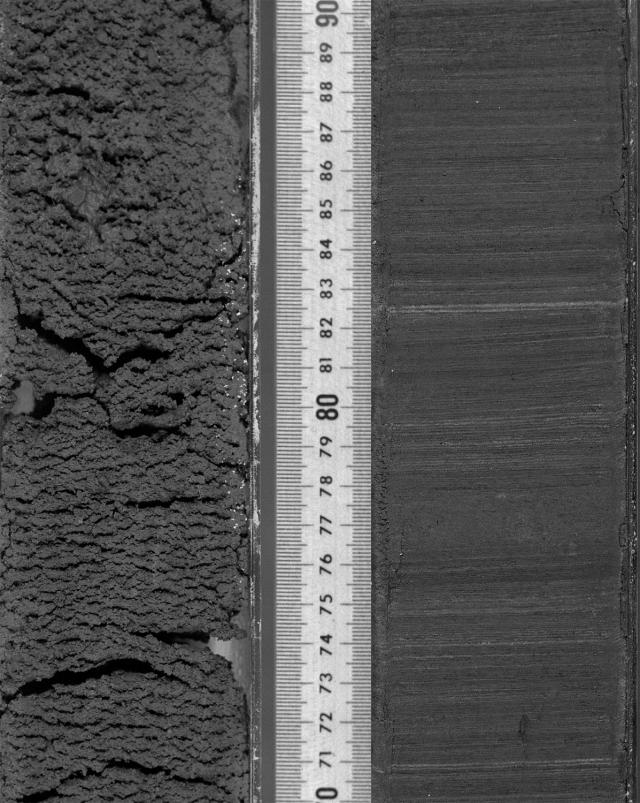 The main advantage of the piston core is that it can recover sediments without disturbing them too much (see photo to the right for comparison of rotary vs. piston core), something that is very important for detailed studies of past ocean conditions and climate.  Another feature of this system is that the alignment of the core relative to the Earth’s magnetic field can be determined (via a compass-like tool attached to the core barrel), which is essential when trying to date the sediments based on the direction of ancient magnetic fields recorded by magnetic minerals.

When the sediments become too stiff for the piston core, we switch to the extended core barrel (XCB; bottom center photo).  It is equipped with a jagged “cutting shoe” that rotates along with the outer drill bit.  The shoe stays ahead of the drill bit to reduce sediment disturbance caused by its powerful water jets, but can retract if it runs into hard sediments so that the main drill bit can do most of the work.  As the system advances, the sediments are gradually collected in the stationary inner core barrel.

The XCB and the APC both use the same “bottom hole assembly” – made up of the drill bit and drill collars – which means that we don’t have to bring up the hundreds of sections of drill pipe (sometimes more than 4 kilometers long!) just to change the bottom part, a process that can take over 20 hours.

Our third option is the rotary core barrel (RCB; bottom right photo), which can be used in very hard sediments and igneous rocks, which we find when we drill into the oceanic crust.  Similar to the XCB, as the system drills downwards, the sediments and rocks are slowly collected in the stationary inner core barrel.