I must go down the the seas again….
What a Difference a Day Makes! 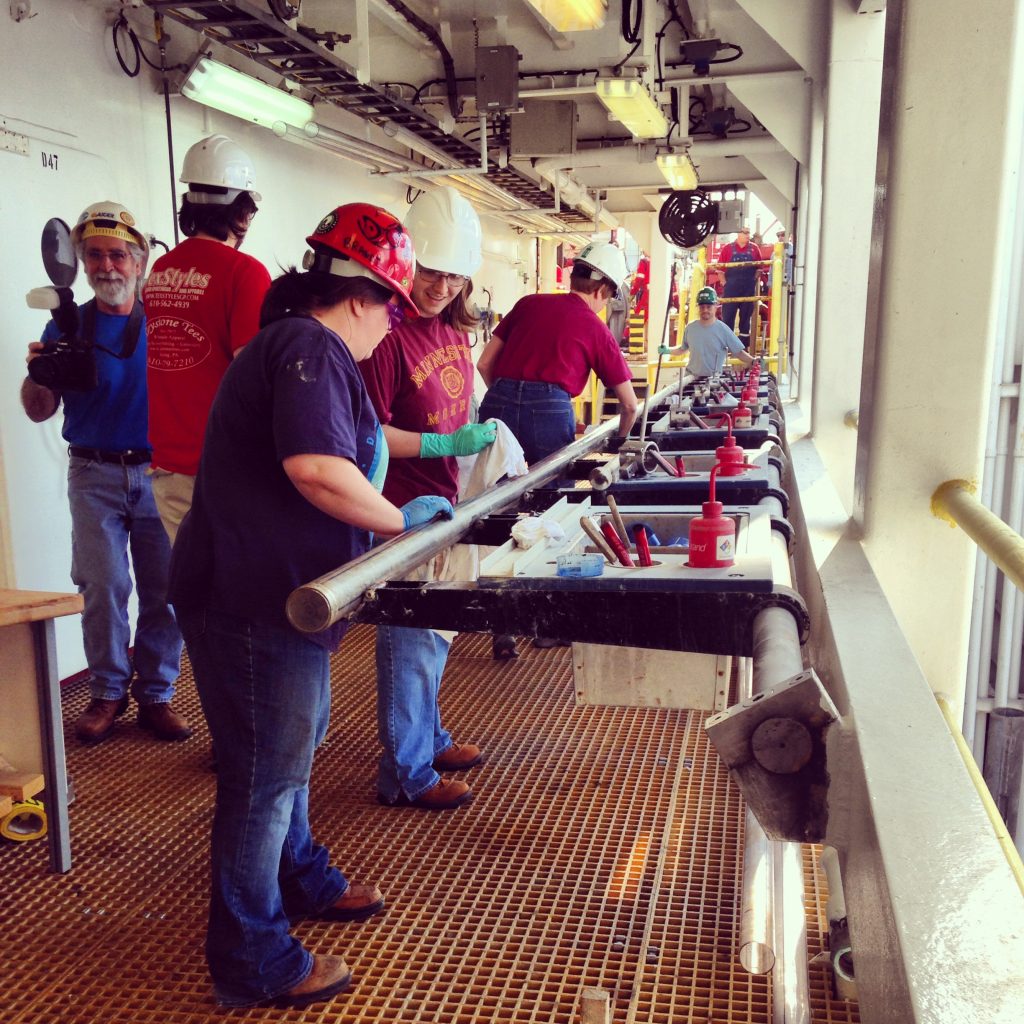 “WOAH!” Is all I have to say! (Please do say it like Joey Lawrence does in Blossom… and if that isn’t ringing a bell, give it a quick youtube to enhance this experience)

Today I woke up to much excitement; the scanning camera was about to be lowered to the seafloor to scan the bottom of the ocean for phone wires. You might imagine there would be some angry people (or countries) if we clipped phone wire running across the pacific. My first thought was “shouldn’t we have a solid understanding of where trans-pacific phone wires are?”. The answer is yes we do, however things can shift or move over time. Currents, earthquakes, and sediment can build up, so a proper scanning is necessary.

The JR uses its thrusters to scan the target area in concentric squares going out to ~50m before declaring it safe to drill. The giant camera structure skirts down the drilling pipe to just above the bottom. If you are new to the JOIDES Resolution, you might not know that all of the drilling happens under the giant tower, which goes directly through the ship. Yes, we’re living on a doughnut-ship. In order to send the camera down the crew opens the doughnut hole called the moon pool, massive deck doors have to be opened. It’s incredibly hard to describe what my eyes saw, I would like to say “ the JR is a giant metal doughnut ship opening a porthole to the ocean floor to drill for knowledge” but I thought that might be confusing. Once the seafloor was scanned and given the OK, the coring began!

Even with all of the meetings and work the scientists have been doing in preparation for receiving the core samples, everyone was in awe of the choreography performed by the JR’s Tech Team when the cores came up. The closest comparison I can think of is synchronized swimming. It’s the Tech’s job to prepare the cores for the science team; they are the interface between the crew and lab equipment, and the scientists. They handled the core like a fancy French restaurant would a long baguette… with delicacy and precision (I don’t know where all these strange analogies are coming from today…. just go with it). Now, if we could get the Tech Team to wear matching swimsuits, slicing and dicing baguettes, that would make my day, but until then, this is Julia signing off!