Everybody wants to be a cat

What is a subduction zone?
What’s an Earthquake? 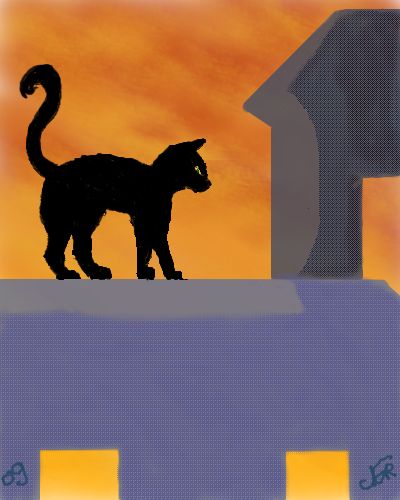 When you hear “CORE ON DECK- CORE ON DECK” (it’s always twice, not once, not three times, just twice), you have to go to the catwalk.  It is a narrow, covered work area, wide enough for a lot of obese Maine coon cats however. I don’t really understand that name. Maybe because I am French? 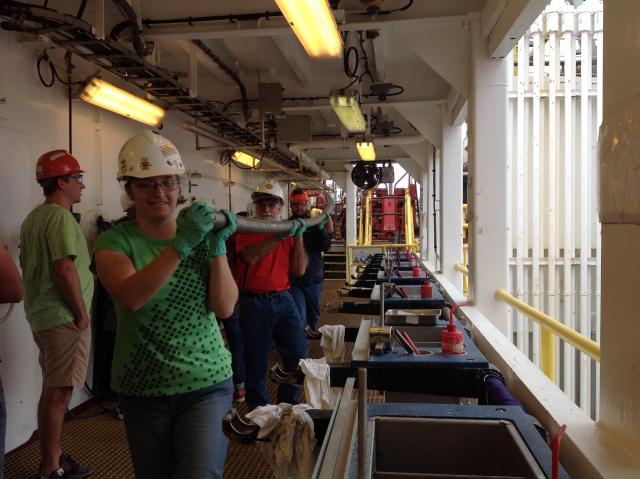 The catwalk is the place where the core arrives after being brought up from the seafloor. First, the core liner is removed from the core barrel. It is a plastic tube that enables us to hold the core together whether it is soft sediment or broken rock. A least 5 people are needed to carry the ~10 meter-long core and drop it off on the cutting station. 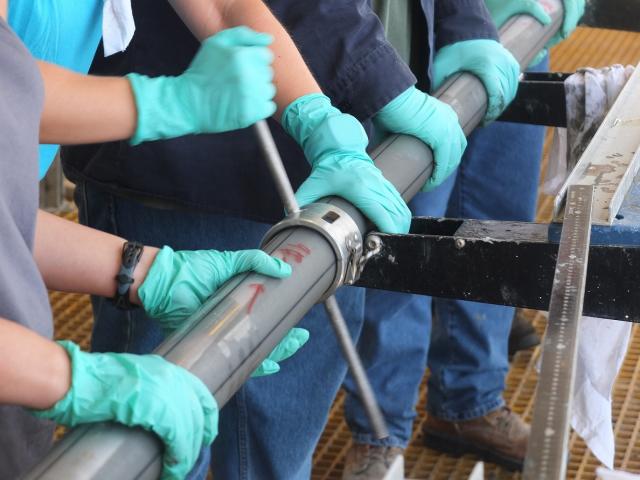 Here, the core is cut into ~1.5 meter sections (or less if a cut would go through a part that’s important to preserve intact). Geochemists take their samples at this moment because they require whole round samples to study, especially for interstitial water. Then, the caps are placed on the cut ends of the core: a blue end cap at the top (blue for sky!), a clear one at the bottom.  If a whole round sample was taken, the end gets a yellow cap. They are sealed with acetone, which fuses the special plastic of the caps to the core liner. 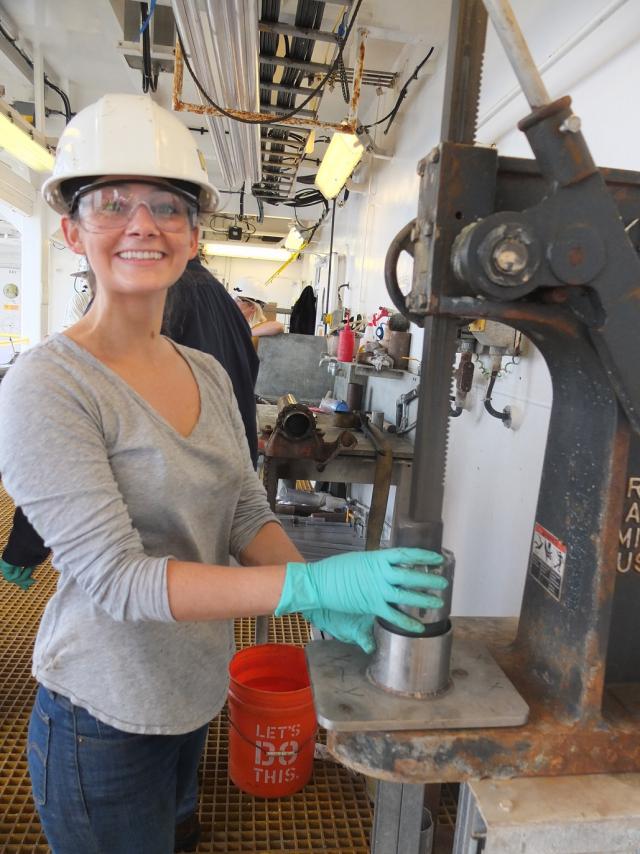 At the same time, the core catcher must be removed. The core catcher is called this because it catches the cored material and prevents it from slipping back out the bottom of the core barrel. There is no liner in the core catcher so the sediments (or rocks) must be extracted. When the sediments are close to the seafloor, it’s pretty easy: they are easily pushed out with a hammer. But when it is not soft sediments but rocks, you have to use a steel piston with a 10-pound sledge hammer to get the rocks out.  The sediments/rocks recovered are then placed in a liner of their own, labeled “CC” for core catcher, and treated as a regular section of core from that point on. Paleontologists use the core catcher so that the age of the sediments can be determined based on the microfossils present.

At last, the sections are carried into the Core Lab where they get labeled and laser-engraved with complete identifiers. After warming up to ambient temperature, their study can begin!