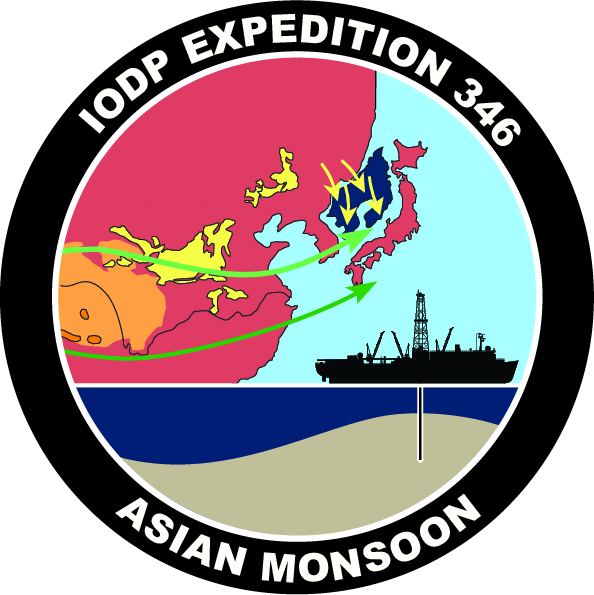 Expedition 346: Asian Monsoon explored the development and evolution of monsoon patterns and their relationship to past changes in the Japan sea.

This expedition cored and gathered other data from seven sites covering a wide range in the Japan Sea and one site in the northern East China Sea to test the hypothesis that Pliocene–Pleistocene era uplift of the Himalaya and Tibetan Plateau, and the consequent emergence of two different kinds of wind patterns, caused the great variability of the East Asian summer monsoon (EASM) and East Asian winter monsoon (EAWM) and other related climate cycles.

Specific scientific objectives were:
•To address the timing of onset of orbital- and millennial-scale changes in the EASM and EAWM and their relation with variability of Westerly Jet circulation;
•To reconstruct orbital- and millennial-scale changes in surface and deepwater circulations and surface productivity in the Japan Sea during at least the last 5 million years.;
•To reconstruct the history of the Yangtze River discharge using cores from the northern end of the East China Sea, as it reflects variation and evolution in EASM and exerts an impact on the paleoceanography of the Japan Sea; and
•To examine the interrelationship among the EASM, EAWM, nature and intensity of the influx through the Tsushima Strait, the intensity of winter cooling, surface productivity, ventilation, and bottom water oxygenation in the Japan Sea and their changes during the last 5 million years.