Geochemists in the wild 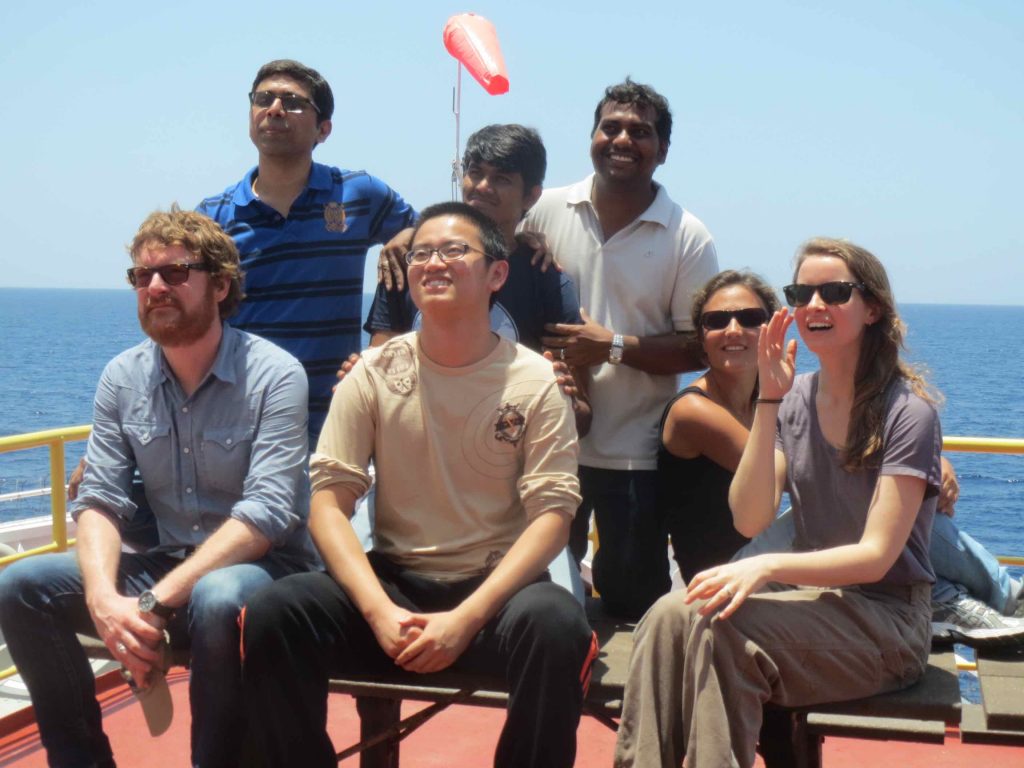 We are now back in the business of describing core again after a long hiatus following the accidental loss of the last hole. Theoretically we now have a much safer hole which will allow us to drill deeply with the protection of much more casing. The first cause of now arrived on deck and the work will now begin again in the laboratories. today I wanted to introduce you to our geochemistry team who had their photograph taken recently along with the rest of scientific party. You can see them all in the photograph here including both shifts something which is rather a rare sight since by definition when one is working the others are asleep, or at least taking some rest. Geochemists are particularly a rare sight for the rest of the scientific party because they work in their own separate area with a dedicated laboratory which is removed from the core description area where most people work so it is nice to see their smiling faces out in the sunshine for a change.  Since this is the tropics however the sun was a little bit too hot and we had to run back inside after to seek some shelter and cold drinks. It will cool down a little once the monsoon begins but hopefully we will be finished drilling by that time