How does the JR actually drill a hole into the seafloor? 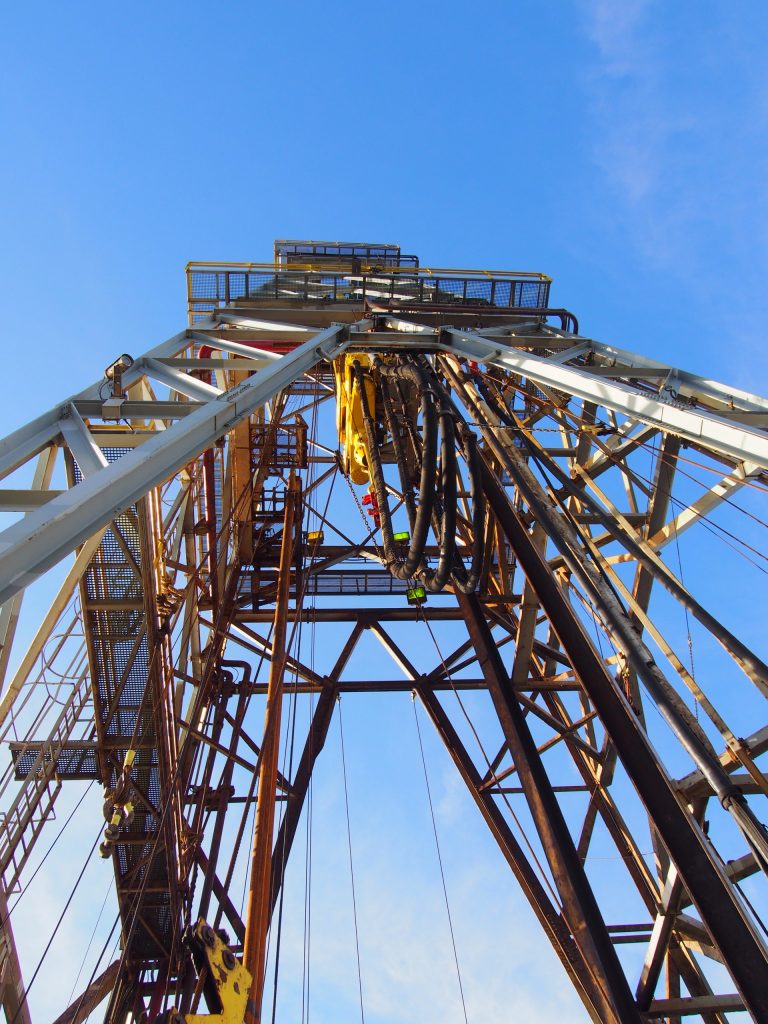 Expedition 372 is all about drilling holes into the seafloor to learn about the rocks below – whether it’s for Logging While Drilling (LWD) to learn about the geophysical properties of rocks in the subsurface or retrieving cores to look for the presence of gas hydrate and understand the relationship between gas hydrates and slowly moving landslides.

But how does the JR actually do it? The seafloor is a long way down and now that we’ve seen the core (See the Core’s Life blog post from earlier), we know that the hole the JR drills is very small – about the size of your palm.

I had the opportunity to sit down with Bubba Attryde, a toolpusher/coring technician who has been with the program for over 40 years to ask some questions about how the drilling operation on the JR works!

What kinds of sediments does the JR normally drill through?

The JR can drill through most types of sediments, with the exception of the hardest rock types such as chert. The drill bit used depends heavily on the sediment strength – the Advanced Piston Corer (APC) is used in the softest muds and the Rotary Core Barrel (RCB) is used for the hardest sediments. 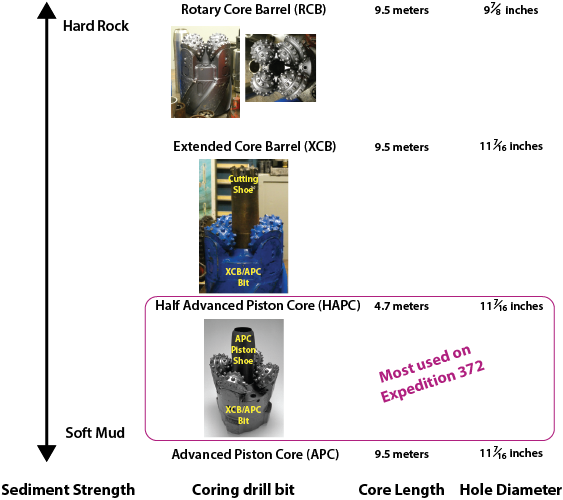 The sediments cored on expedition 372 were found to be harder than expected, so the Half APC was used for the majority of the 188+ meters of coring.

How do the bits actually drill through hard rock?

Even though the drill bit is being rotated in the hole, the rock is cut with more of a hammering motion than a rotation – think of chipping through the rock with a hammer and chisel rather than using a hand drill. Throughout the drilling process, the driller controls parameters such as the Bit Rate (Revolutions Per Minute – RPM), Bit Weight (how much hydraulic pressure is applied to the bit), and Pumping Fluid (how much drilling fluid – seawater – is being pumped through the system). These parameters are constantly monitored and adjusted by the driller as the drill bit moves deeper.

What are the drill bits made of?

The drill bits are made of tungsten carbide, a material that is ~2x stronger and denser than steel. The hardness of this material combined with pressure and rotation helps the bit to chew through all but the hardest rock formations.

What are some of the extremes in drilling done by the JR?

So there you have it! Now you know how the JOIDES Resolution actually drills holes into the rocks beneath the ocean!

Want to dig deeper (pun intended)? Check out the spec sheets for the APC, XCB, and RCB bits at https://iodp.tamu.edu/tools/.