A core’s life
How does the JR actually drill a hole into the seafloor? 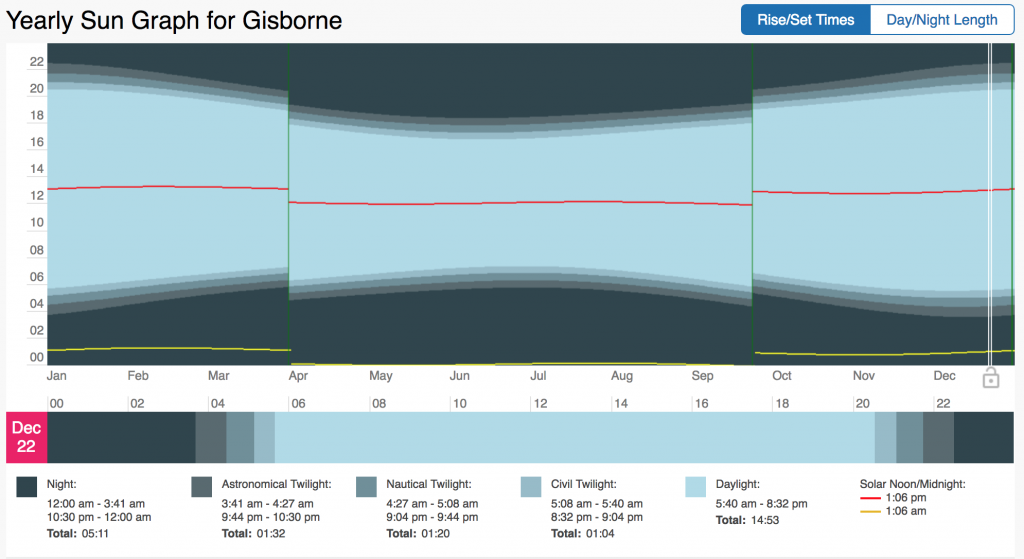 With 14 hours and 53 minutes between sunrise and sunset, today is Ihu o Hineraumati (Summer Solstice), the longest day of the year here in Aotearoa (New Zealand)!

Before the advent of clocks and calendars, the position of the sun in the sky and the length of the day were important ways to keep track of where you were in the year (where you were in Earth’s orbit around the sun). A solstice like today represents a turning point in sun’s position in the sky and the length of daylight and as a result, solstice has been identified and celebrated by societies for millennia.

After today, the amount of daylight will decrease until winter solstice in June. The JOIDES Resolution has been fortunate to have good weather and we’ve enjoyed the sun since the sun rose at 5:40am and hope to continue enjoying it until it sets at 8:32pm.