Hurry up and wait….

What “core on deck!” means in the Geochemistry Lab….
There be rocks down there! 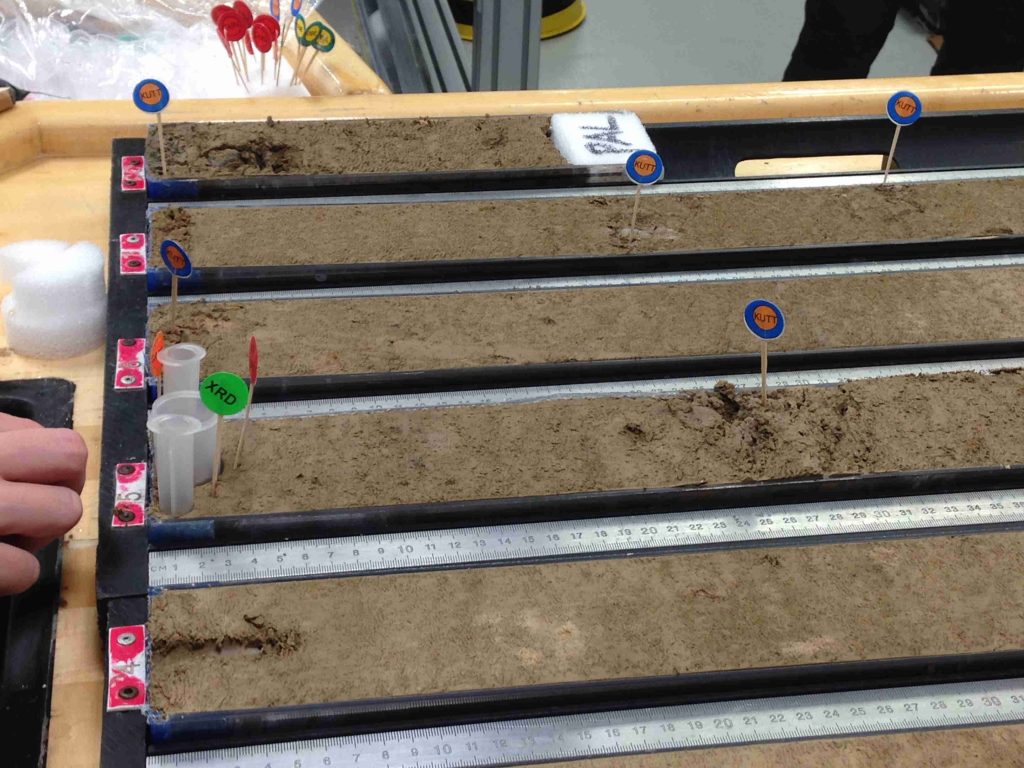 A busy daytime of core retrieval was had by all while I slept. I kept my computer on on the desk by my bed, so I could check in on progress should I wake up for any reason during my sleep time (and I didn’t – good news!). There was much “breakfast” discussion (“breakfast” in that one does not usually describe pork satay or kielbasa with onions and peppers as such – on the night shift eggs and bacon are for lunch) about the liQuiet Shifts, Crazy Crossovers…kely depth of sediments, what it should be, what it might be, when we’d hit igneous rock – hypotheses were posited based on Leg 125 results a bit to the north and based on the nannofossils (though the nanno- expert was just getting up and had himself some six cores worth of samples to examine. so those ideas were a bit on the delayed side…).

However, as it turned out Core 18, due up at midnight, was delayed by a hydraulics leak, and drilling was halted while the leak was addressed. So the first half of my shift was a waiting game – waiting for core, for the flaky hydraulics fix, for the Internet to kill the time by checking emails or even writing a blog (need to talk to joidesresolution.org about the load rate of their webpages). A rather awesome sunrise (attached pic here) helped break up the monotony of waiting, and waiting….

The drillhead cam is recording increasing depths again, so hopefully the waiting will give way to the hurry-up of core sampling and characterization, and the REAL hurry-up of hard rock appearing – rooting for that to be today, the various sedimentation hypotheses and seismic interpretation models notwithstanding.