Remarkable Shades of Grey
How far south is the JOIDES Resolution? 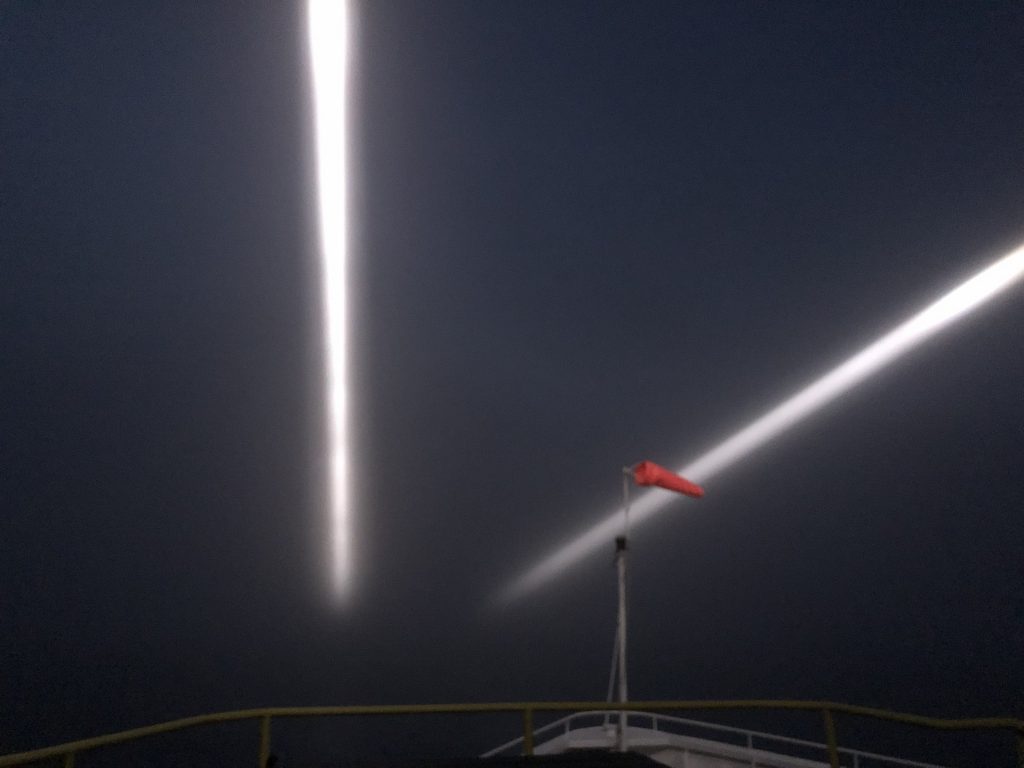 Since finishing our northern sites, we’ve been underway to our southern sites, a roughly 3.5-day transit across the notoriously rough Drake Passage to the Antarctic. In heave and roll up to 4.6 meters/15 feet at times, we have been learning to walk instead of lurch, stop our dinner plates sliding off the table as we eat, and tie down our stuff lest it fly off our desks.

We’ve seen a multitude of albatross, fur seals, and hourglass dolphins riding our bow waves. But no icebergs…

…until yesterday, around 5:30 PM. I was deep in sleep when there came a gentle tapping on door of the stateroom I share with Lee Stevens, co-Outreach Officer.

Thinking I’d overslept, that she was waking me to start the nightshift, I mumbled groggily, “An iceberg?”

She was right! I threw on jeans over my long johns and raced to fo’c’sle deck to see—beyond the milling excited scientists and technicians—a magnificent blocky iceberg on the horizon.

This cruise is called Iceberg Alley for good reason. Not only have icebergs traveled through here for millions of years—melting and leaving the sediment into which we’re drilling—it’s the major path many Antarctic icebergs take today. It is only a matter of time before they become a familiar sight and an ever-present concern.

And some are huge. Tonight, we have diverted our track somewhat to avoid an iceberg around 9 miles long. In its wake, it is leaving numerous smaller icebergs large enough to be tracked by radar. Each evening, our dedicated ice observer Diego provides an ice report and a new iceberg fact. And we’ve learned it’s the growlers and bergy bits, the small bergs we can’t see on radar, that are dangerous.

Tonight, two massive spotlights light the void before us. Ice-watchers are vigilant outside on the bridge-wings, and inside the bridge, the radar display is the only thing to light the darkness as those on duty keep watch to ensure the safety of the JOIDES Resolution and all aboard her.

One has to have a strong love of adventure for this work, to be sure. No doubt it’s eerie standing outside, waves crashing against the bow, two beams of light moving back and forth through the darkness and fog, knowing there’s ice that could (to put it mildly) ruin our day. But it is also intensely thrilling, extraordinarily magical. We have reached Iceberg Alley at last!
#Exp382
05
Apr 2019
By MGarnsworthyAntarctica, Iceberg Alley, Icebergs, Life at Sea, Southern OceanLeave a comment