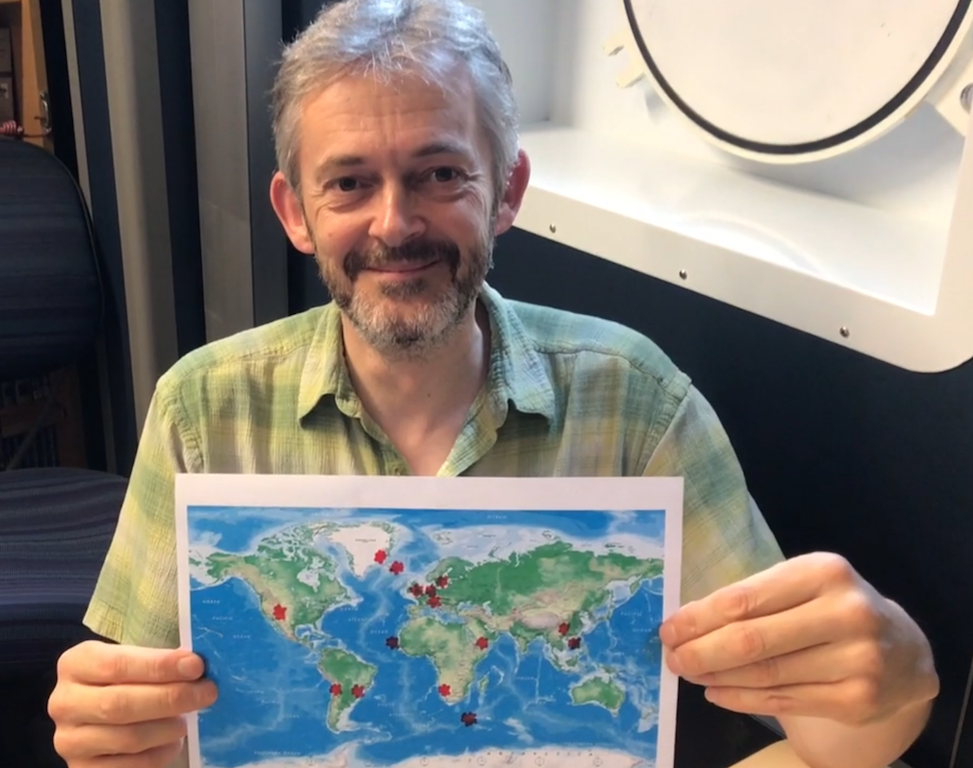 I’m a geochemist and I study volcanic rocks. From the chemistry in the samples, you can learn a lot about how the earth works. You can also use it to say something about how tectonic processes take place.

Geologists are very good at extrapolating and interpolating between very incomplete data sets. So, we we’re not running an experiments in a laboratory like chemists can do where they know all of the conditions of what’s going on.

We’re faced with…a rock. And we’re trying to work out how that rock formed 30 million years ago. We have to put together lots of little pieces of information, such as the chemistry of the rock, the geophysics. And we may still have an incomplete picture, but we can hopefully get a good sense of a reasonable model of how to explain everything. I would say we’re very good at looking at very desperate data sets.

What would be the coolest rock you could find anywhere on earth?

Something from the lower mantle or the core. You know we can infer what we think the composition is, but we want to really have a sample. But it’s very unlikely that we ever will – anything that comes from that deep down to the surface would be changed. So it would be difficult to get a real sample from the core to know what’s there…but that would be cool!

How did you choose geology?

The department I was in in university was actually very geochemistry focused, so you could easily see how you can apply chemistry to solve problems in geology.

What was disappointing me about the chemistry classes was, everything I learned, we’d already known for 50 years. In chemistry, we had not gotten to the fun stuff. It was just all of the stuff that hadn’t changed. If you read a text book from 4 years ago, it was exactly the same thing.

Whereas with geology, you know, the plate tectonics idea had only been developed 15 years – or less than that – and I was being taught by many of the people who had developed that theory. And there was so much you could see how chemistry could be applied to new problems in geology that people hadn’t really thought about.