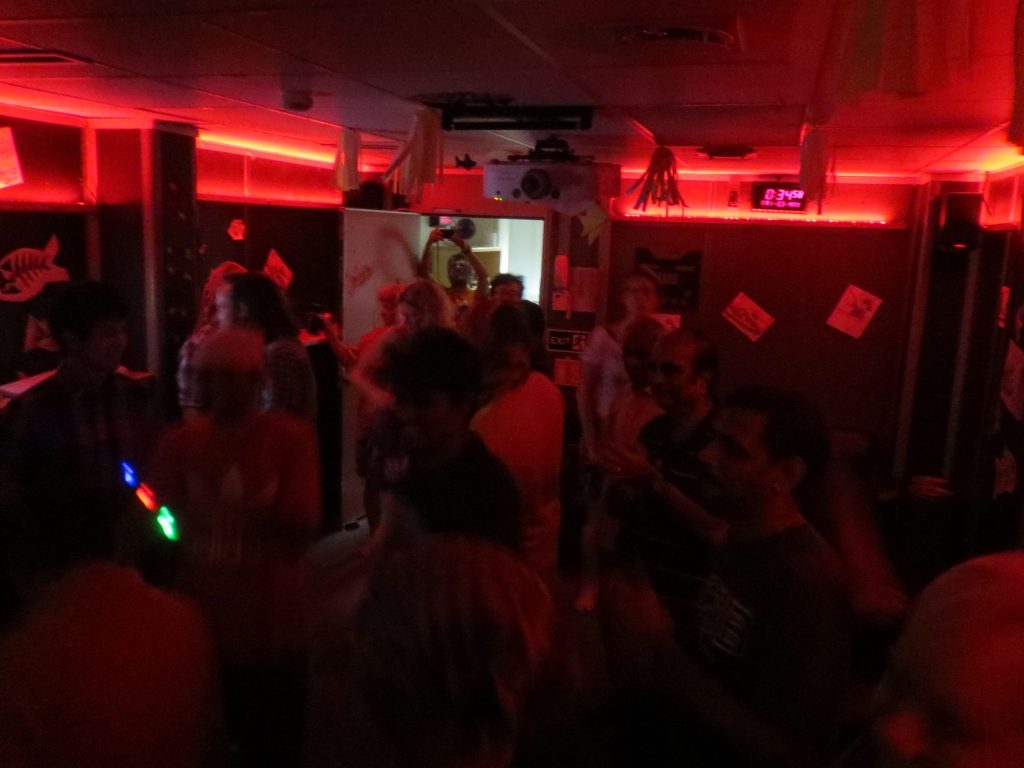 Hump day is now past but not before we had the chance for a little dance party to commemorate the event.  It was a truly international experience not only because of the diverse nationalities in the science party but also because of the mix of music that had been gathered for the events. There were several budding DJs jostling to select the next song while the rest of us enjoyed the fruits of their deliberations.

It was interesting to see who threw themselves into this with greatest abandon. Some mild mannered scientists transformed in veritable John Travoltas on the dance floor while others looking on impressed. Of course the party did not last long as we had to have it during the shift change at midnight. The theme was “Hungry Fishermen” and several folk turned up dressed in “lungis” the traditional garment of the fishermen, while others, including myself had to be introduced and taught how to wrap and wear the garment. Rather an eccentric start to the day but a fun one nonetheless.