Postcards from Scientists – What is your favorite interval of geological time? 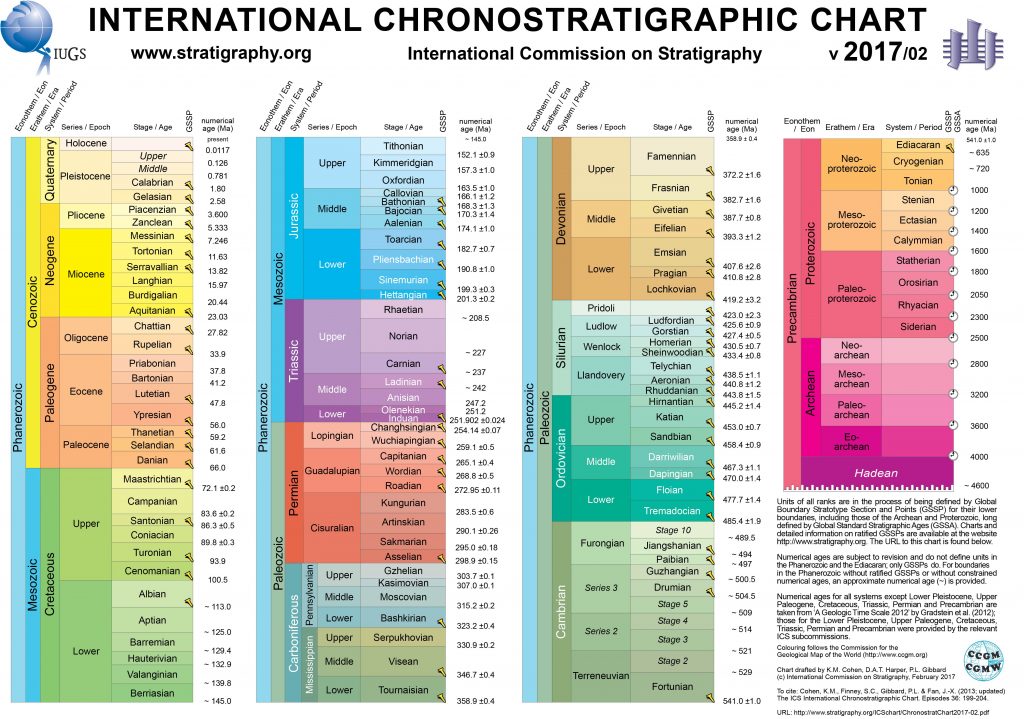 Geological time is hard to get your head around if you are not used to studying it. The Earth has been around for 4.6 billion years and modern humans have only been here for less than a million years. With lifetimes of less than 100 years its hard to fathom the extent of geological time but when you start to look at the different geological time intervals and the things that happened during them it gets more interesting and easier to understand.

Some of our scientists onboard decided to ask everyone – “What is your favorite interval of geological time?”  Most people’s first answer was the Cretaceous, which is expected given the subject of this cruise (Australia Cretaceous Climate and Tectonics), but there are some interesting answers below in order of geological time from oldest to youngest:

Lutetian: ‘It’s named after the old name for the city of Paris’ (Laurent Riquier)

Maastrichtian: ‘I’m Dutch, and it’s the only age named after a Dutch city’ (Sietske Batenberg)

Campanian: ‘It has great nannofossils’ (Rodrigo do Monte Guerra)

Santonian: ‘The GSSP golden spike is on the M4 road in the UK’ (Carmine Wainman)

Cretaceous: ‘Lots of interesting events happen in the Cretaceous, and it turns out to be a very unusual period in comparison with others.  Plus, there were dinosaurs!’ (Eun Young Lee and Marissa Tejada)

Cretaceous: ‘The late Cretaceous is particularly interesting because sea level was high, and you have marine life in unexpected places, like the middle of the US.’ (Matthew M. Jones)

Jurassic: ‘It’s when Stegosauruses were alive or more specifically the Oxfordian as it’s named after my university’ (Lauren O’Connor)

Permian-Triassic boundary: ‘My home town is on the P-T boundary’ (Lloyd White):

Archean: ‘On the big picture scale, it’s so interesting because it’s the very beginning, and the Earth was very different’ (Carl Richter)

Thanks to Tracy Quan and Lauren O’Connor for interviewing all the scientists.