Relics of Climate Change Past May Help the Present 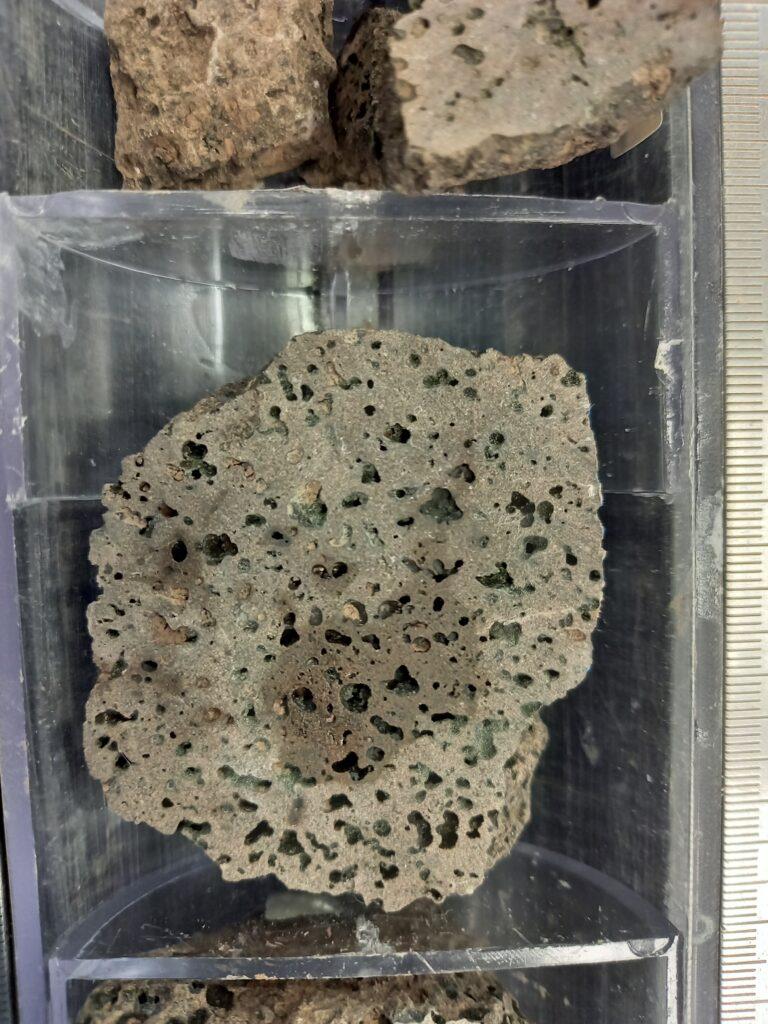 56 million years ago, as Greenland began to split away from Europe, huge flows of lava built up in what is now the North Atlantic. This event, which created layers of basalt over 6 kilometers thick, may have spurred extreme global warming at the time. Today, the same rocks might help us avert another global warming event.

Since the Industrial Revolution, humans have been churning out massive amounts of carbon dioxide and other emissions that have undeniably altered the global climate. Today we’re facing increases in global temperatures unseen since Eocene, 56 million years ago.

At that time, average global temperatures rose significantly in a relatively short geologic timescale. Known as the Paleocene-Eocene Thermal Maximum, or PETM, some scientists think this hothouse period was caused by abnormally high amounts of volcanic activity. This volcanic activity created widespread underground magma deposits that generated large volumes of Earth-warming greenhouse gases as they interacted with organic materials in the sediments above them.

The JOIDES Resolution is sailing off the coast of Norway to investigate this connection with Expedition 396. But it’s also looking at the potential to use the rocks made during the last global warming period to help us in the present one.

For several decades, scientists have been investigating the possibility of capturing excess carbon and sequestering, or storing, it away from the atmosphere. One growing option is to lock it away in rocks.

There are a few ways to put carbon dioxide in rocks. Typically, either pure carbon dioxide or water carbonated with carbon dioxide–like a giant bottle of sparkling water–can be pumped into underground reservoirs where it sits in pools. Although effective, this method keeps the carbon dioxide as a liquid, which means it remains mobile and could escape if the system were destabilized or a seal was breached.

Companies like Iceland’s onshore CarbFix and others around the world are already sequestering carbon dioxide in this way. Initial findings have shown this process happens much faster than expected–taking only years to mineralize instead of staying in a fluid state for potentially thousands of years in less reactive reservoirs.

While such operations are projected to lock down potentially millions of tons of carbon annually, it’s currently no match for the gigatons of carbon dioxide humans are pumping into the atmosphere annually. So scientists are searching for more locations to store carbon dioxide in basalt.

Suboceanic lava flows that could potentially store carbon dioxide exist around the world–off the coasts of UK, Norway, Brazil, India, and Australia to name a few. These locations have all been probed with seismic imaging, revealing vast expanses of basalt. But no one yet knows how much of these areas are formed by appropriate basalt for large scale carbon capture and storage.

To lock away carbon dioxide, basalt formations need to be porous–meaning there are lots of solidified open bubbles and fractures for the carbon dioxide to mineralize within the rock–and permeable, so that the carbon dioxide-laced water can filter through. In many cases, basalt has already soaked up a lot of carbon dioxide, so potential storage sites also need clean, unladen basalt.

This video shows how incredibly porous some of the basalt samples collected with the JR are. This is promising for good carbon storage. Video by Peter Betlem

To figure out the capability of these offshore volcanic areas, scientists aboard the JR are taking basalt rock samples from deep below the ocean. By testing the physical characteristics of the rock–like density, porosity, and permeability–they’re hoping to develop models that match basalt with good storage potential to mappable signatures in seismic data. The aim is to use these models to improve the future appraisal of basalt carbon capture and storage targets from seismic data prior to drilling expensive test wells.

So far, the rocks recovered with the JR have shown good porosity and in many cases are clean of previous carbon dioxide mineralization. That’s a good sign for onboard scientist John Millett, who is hopeful that findings from this cruise will lead to expanding future carbon storage in basalt formations. After the expedition, Millett and collaborators will undertake detailed studies of the basalt samples retrieved by the JR to test their reservoir potential, including permeability measurements and carbon dioxide reaction tests. With that data he and his colleagues will be able to construct models and map the potential for carbon storage off the coast of Norway and further afield.