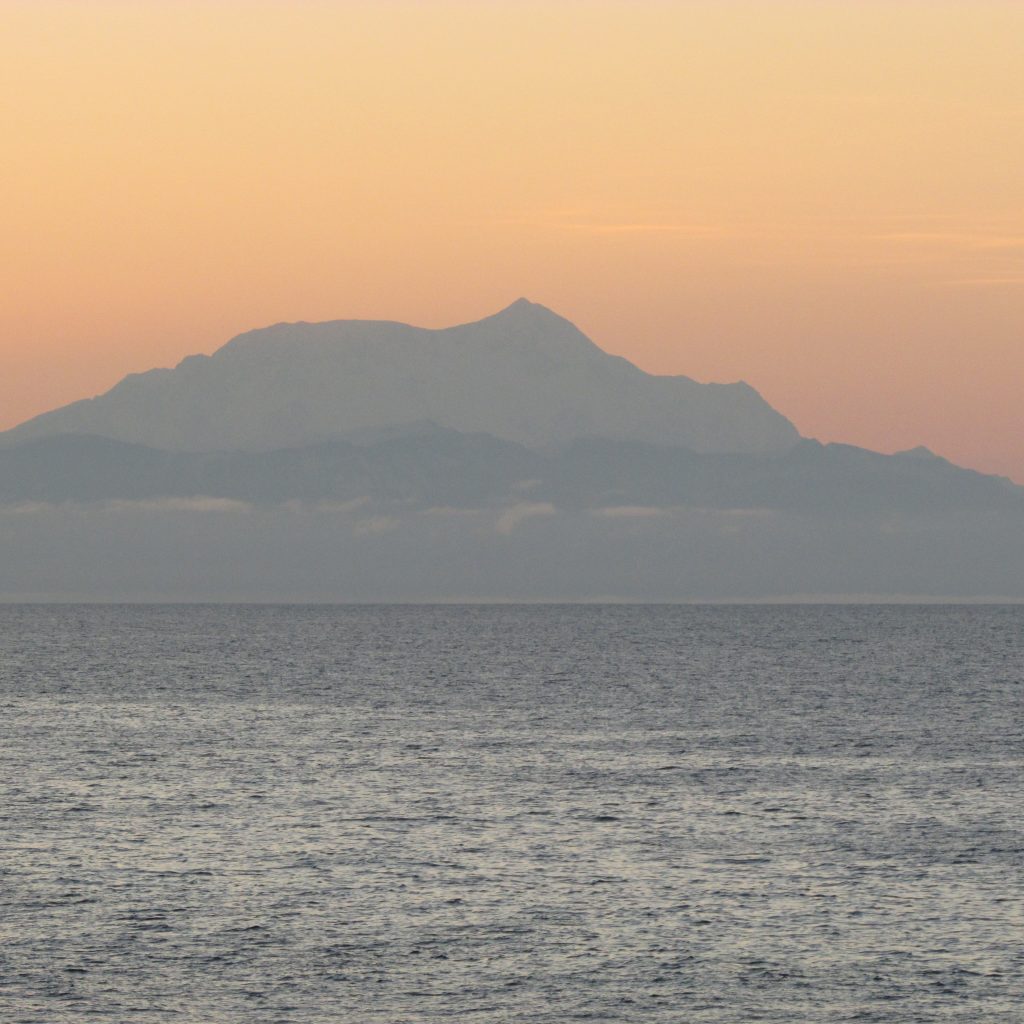 Imagine you had a freshly baked layer cake and wanted to sample some fruit layers in the middle of the cake with a straw. How would you know where to push your straw into the cake, or how far down to push the straw to sample the desired layers? One strategy might be to take an X-ray of the cake to determine the position of the layers inside. Geologists employ a similar strategy to image the rocks and sediments beneath the Earth.

A lot of people ask us how the scientists determine the locations of our drilling sites. Our co-chief scientists, Dr. Sean Gulick and Dr. John Jaeger, have been planning Exp. 341 for about 10 years now and their research from previous investigations has determined the locations of the 5 drilling sites targeted by Exp. 341. Approximately 70% of the Earth is covered by ocean water, so locating drilling sites in this great expanse of sea requires imaging the sediments beneath the seafloor. Sean and John have done a lot of work interpreting these sub-seafloor images to arrive at our locations in the Gulf of Alaska.

Images of the subsurface, called seismic reflection profiles, are generated using powerful sound waves sent from a ship. The sound waves bounce off sediment, speeding up or slowing down when materials of different compositions are encountered. The reflected sound waves return to a receiver on the ship, and the receivers record travel times from the ship to the different horizons. Different compositional horizons are displayed in seismic reflection profiles as wiggly lines, called reflectors.

We have made our way from the deep sea to shallow water and are now drilling into the continental shelf, approximately 22 miles off the coast of Alaska. We have a beautiful view of Mt. St. Elias (18,008 ft, shown above at sunrise today) and the Bering glacier, both are focal points of our work in the Gulf of Alaska. I bet you’re wondering what our goals are for drilling at this location. Ask and ye shall receive…

Dr. Lindsay Worthington, a geophysicist on board Exp. 341, has spent a lot of time researching, conducting field work, and interpreting seismic data to better understand the geologic history of S. Alaska. Watch as Dr. Worthington explains the seismic reflection profile for our current site and the scientific objectives for drilling on the continental shelf at site U1420.

Isn’t Dr. Worthington a gem? We’re lucky to have such exceptional scientists on board Exp. 341!