Stepping-Stones to the Future 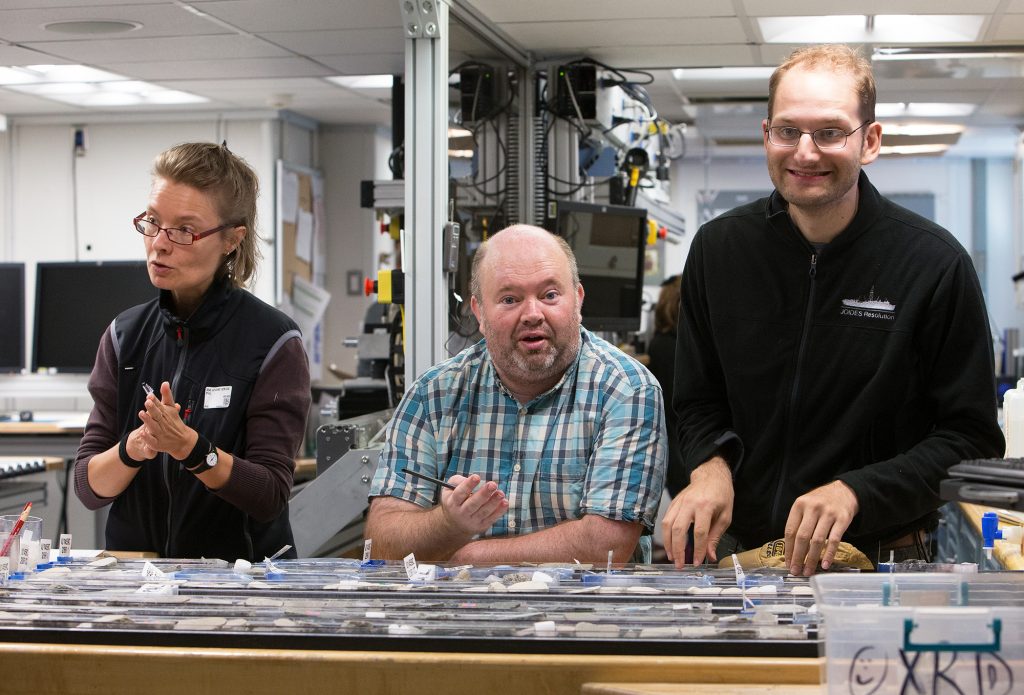 Geology gives us a way to look back in time. Right now, the JOIDES Resolution is drilling nearly a kilometer into seabed, to look back a few million years. If we drilled further, we might see back to the Cretaceous (the age of the dinosaurs), or even the Cambrian explosion. But to see some of the earliest forms of life, you don’t need a drilling ship or a team of palaeontologists. You just need to take a trip to Shark Bay, Western Australia.

The JOIDES Resolution passed Shark Bay near the start of Expedition 356. It’s a haven for rare and endangered species, where the largest seagrass meadows in the world harbour dugongs, dolphins, turtles, and (of course) sharks. But Shark Bay’s most famous inhabitants are the stromatolites. These small rocky clumps are some of the most significant structures in the history of the planet.

Stromatolites are actually colonies of cyanobacteria (or blue-green algae), that slowly built a rocky outcrop with layers of mucous and sediment. And while they seem insignificant today, 3 billion years ago they were lords of the Earth. Back then, the sky was orange, oxygen was rare and toxic, and stromatolites were into this hip new thing called “photosynthesis”.

This helped the stromatolites thrive, and they flourished to the extent that their rampant photosynthesis drastically changed the composition of the atmosphere. Eventually the waste oxygen they created wiped out most life on the planet, plunged the earth into an ice age, and led to the rise of new, oxygen-breathing forms of life.

The stromatolites could not compete in the new world that they’d created, and were thought to have disappeared forever. It wasn’t until 1956 that scientists discovered them living in some of the hyper-salty pools of Shark Bay, an environment too hostile for their competitors.

Further north along the route of Expedition 356, we arrived at Carnarvon Basin. This is Australia’s major petroleum field, which formed hundreds of millions of years ago, when huge numbers of plants and animals were buried in layers of sediment. Time, heat, and pressure turned this energy-rich organic matter into the fossil fuels that humans harvest today. Many of the species that became these fossil fuels are long extinct, but like the stromatolites, their legacy has had a huge impact on the world.

By using geology to look back through time, we can see these world-altering shifts in the environment. From the age of the Stromatolites, when the earth was devoid of oxygen, to the age of the dinosaurs, which was warm and oxygen-rich, to the age of humans, when we are once again changing the atmosphere. Each huge shift in the environment was devastating to the creatures of the time, but paved the way for new, unexpected forms of life to follow.

Which makes us wonder…

What sort of world are humans creating?

And who might one day look back on us?