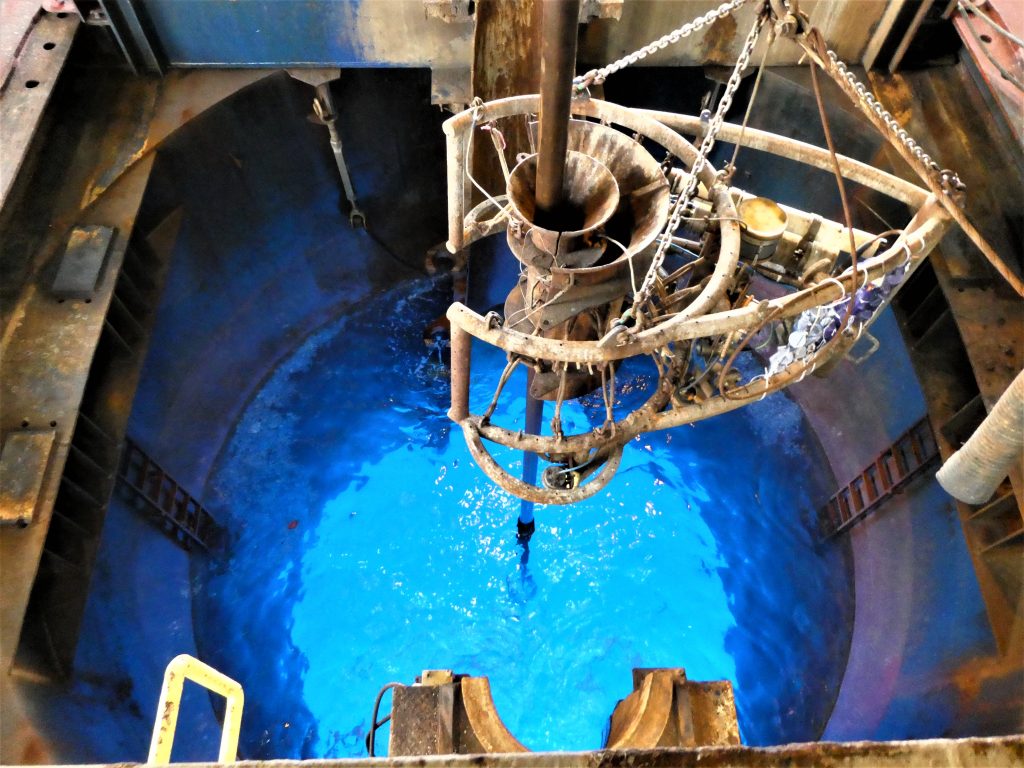 Here on the JOIDES Resolution, the scientists’ sights are usually focused on the seafloor and exploring the interesting geology below it. As a marine ecologist and oceanographer who usually studies the “benthic” environment – that is, the marine ecosystem located right at the top and immediately next to the seafloor – I have found other fascinating things to explore here during Expedition 372. What have I discovered, you may ask? The survey cameras! While I’m used to working with cameras attached to remotely operated vehicles (ROVs) or autonomous underwater vehicles (AUVs) that bring me back awesome video imagery and photos, I am happy whenever I can get a hold of any kind of camera imagery!

The JOIDES Resolution cameras I speak of are located on a “camera platform” that is sent down through the “moon pool” on the ship into the ocean. It’s sent along the pipe to check on things, including confirming the location of the seafloor before drilling begins. What I love about these cameras, however, is not that they are simply looking at the pipe but that they also capture a whole array of images of animals as they move down the water column from the sea surface to sea floor. At our first study site of the coast of the northern island of New Zealand, we sent the camera down to just over 700 m water depth and found all sorts of cool critters… 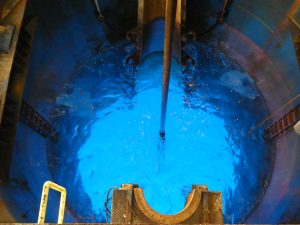 The “moon pool” is a big hole in the bottom centre of the ship that we can put things down into the water through. My favourite part about it is the AMAZING shades of blue it is! 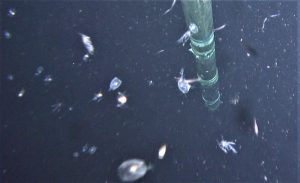 A variety of zooplankton are abundant in the waters of our first study site. 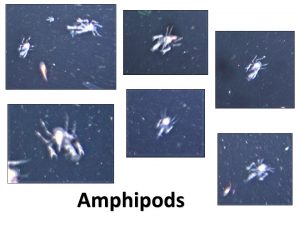 Curious about the inspiration for the Alien monster in the movies? Say hello to these semi-transparent Amphipods from the Genus Phronima! 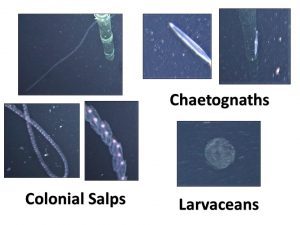 Many super-long Colonial Salps were found (some of the longest I’ve ever seen!), as well as Chaetognaths (i.e., arrow worms) and tiny Larvaceans that build elaborate jelly-like “houses”. 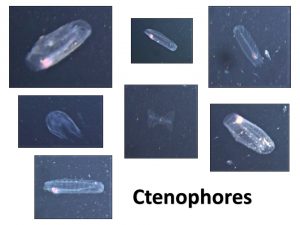 Numerous kinds of Ctenophores – oftenwise known as “comb jellies” – were also found in abundance, especially at deeper depths. Comb jellies are among my favourite creatures roaming around in the ocean! 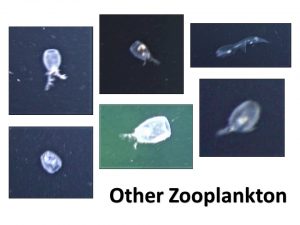 A wide variety of other kinds of zooplankton (i.e., animals drifting in the ocean) were spotted at all depths. 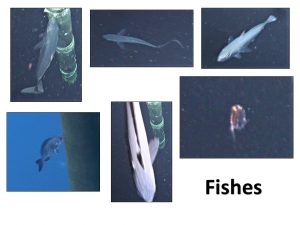 Last, but definitely not least, we saw several fishes! They tend to like hanging out around the camera platform and drill pipe…Perhaps they want to befriend us?