The Two Towers
The Sands of Sonora 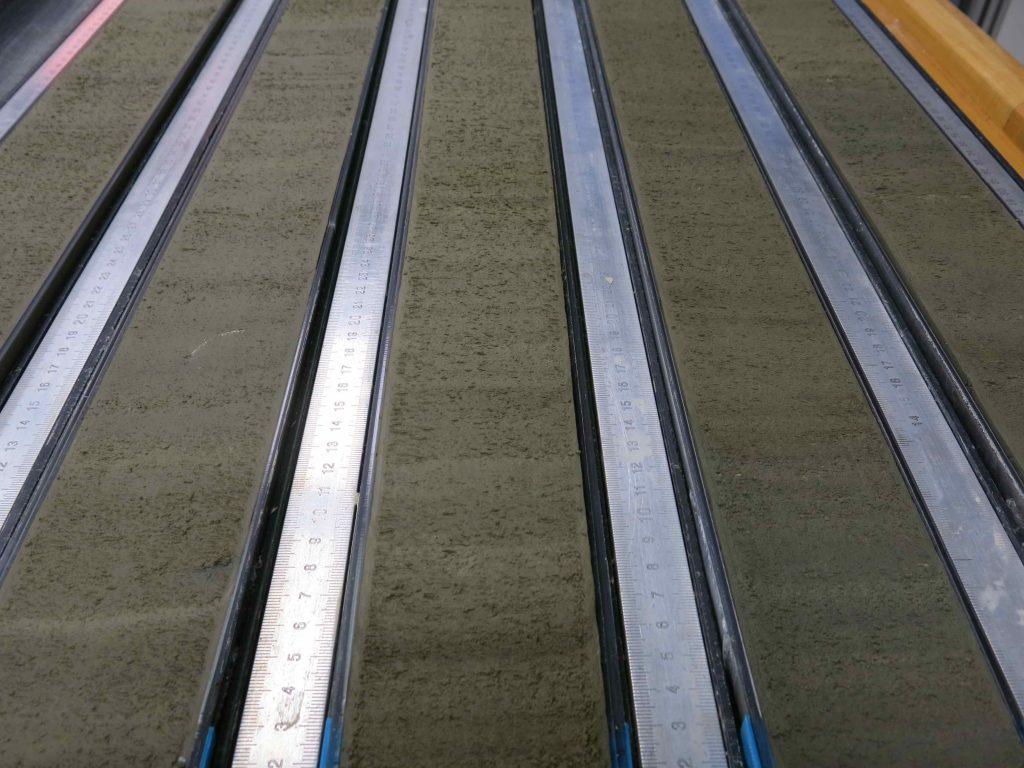 Redrilling sites 1545 and 1546 for fresh microbiology samples has an unintended side effect: sediments that had been drilled before are piling up again on the coring tables. Everything has to be described again, even if there is nothing new to the story. Here, the core describers are struggling again through hundreds of meters of diatom ooze.

Even when admitting a home team bias for microbiology, this blogger has to admit that the hardest working team on the ship may well be sedimentology, having to handle a massive core flow (already double or three times of what to expect in a normal IODP cruise) with a skeleton crew, and in the midst of all this, delivering site reports on time and in high quality. Senior team members Ivano Aiello and Kathie Marsaglia somehow manage the impossible — hopefully while seeing the light at the end of the tunnel.

Ivano demonstrates to junior team member Swanne Gontharet the art of counting every single diatom lamella “prima vista”, taking in everything at once.

The “prima vista” analogy refers to Mozart, who could look at a score just once and immediately play the music on the piano; but Ivano is pointing out another analogy, more recent and closer to the spirit of our times.

Here it is, Charlie Chaplin at the assembly line in “Modern Times”. Normally the JR is not a factory ship, but during this high-throughput cruise some similarities are impossible to miss… 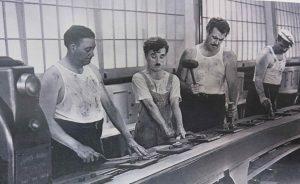 However, the end of the tunnel is now in sight, officially: the last core on deck will arrive midnight Nov. 10 to 11. And the last drilling site on the southeastern flanking regions — starting this evening — may surprise everyone with terrestrial turbidites, sandy layers and other delay-inducing sedimentary features.

The sedimentology dayshift — Kathie Marsaglia and Martine Buatier — continue the core description and are on their way to at least a window in the tunnel, the end of the 1546 Hole D “redescription” and then onwards to the last site.

And, last but not least, we have a birthday, Florian is turning ….  a round number that some young people take as a pretext for a home-made crisis, for spiritual voyages to Bhutan monasteries, first-time parachute jumps, or ruinous impulse purchases. Not here, any able-bodied worker is desperately needed!

This blog post first appeared on Nov. 2 on my daily blog of EXP385. Make sure to go to expedition385.wordpress.com to read the latest updates of this expedition!