Tracy’s Way – My path into science

When I tell people that I live in Oklahoma, some are surprised because I don’t look like their perception of an Oklahoman. When I tell folks I do research on marine depositional systems, they wonder how I ended up at Oklahoma State University, since Oklahoma is land-locked and a good 8 hours drive from the nearest ocean. As a woman who is an Associate Professor in the Boone Pickens School of Geology, I am often asked why I decided to become a professor and a geochemist. The answers to how I got to where I am, both professionally and geographically, are both simple and complex. 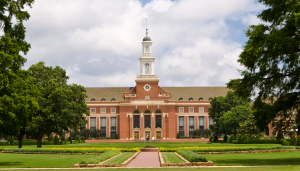 On the surface, the story is not complicated: I grew up in a suburb of Los Angeles, CA and was first introduced to the geosciences during a high school summer program in Environmental Science offered at Earlham College in Indiana, where I was really fascinated by the class material and horribly homesick the rest of the time. My favorite science subject in high school was chemistry, even after my best friend and I had to repeat the first experiment several times before we got it right. I did a little research and found out that UC San Diego had a B.S. degree program in the Chemistry department that combined the core courses for the chemistry major with Earth Science classes, which seemed like an ideal way to merge both interests.

A summer fellowship in the Marine Chemistry and Geochemistry department at WHOI introduced me to academic research in chemical oceanography and paved the way for my PhD work in the MIT/WHOI Joint Program. While I worked on water column organic matter for my PhD, I switched to doing research on sediments during my postdoc at Rutgers, which lead to applying for a sedimentary geologist position advertised by Oklahoma State University. At Oklahoma State, I’ve had the opportunity to explore so many research topics, and collaborations with other researchers mean that I’m not necessarily limited to projects based in Oklahoma. For example, IODP allows researchers to sample previously drilled cores in their archives upon request; at some point the cores we obtain on this JR expedition will be available for research by other scientists not currently on board. 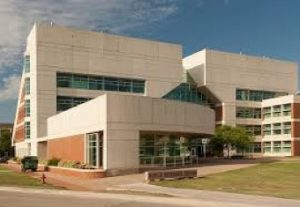 Written like that, it seems like I followed a straight shot path, and to a certain extent it was; I never took a gap year or had a major career change (yet). But I never had a meticulously detailed plan for the future, and there were quite a few forks in the road and difficult decisions. For example, I applied to both oceanography and inorganic chemistry doctoral programs after college, so in an alternate timeline, I could have been writing this blog post for an R&D company’s web page. I could have decided I would be too homesick to move to Massachusetts. I could have decided that I wasn’t happy in academia. The details are important: I wouldn’t be where I am without a lot of support, love, advice, work, frustration, opportunities, learning, conversations, debates, help, discoveries, friendships, challenges, mistakes, chocolate, stubbornness, happiness, patience, flexibility, and questions. And probably not enough sleep.

For those who haven’t ever visited Oklahoma, here’s a set of 5 geology-related sites you might want to see, followed by another 5 of my favorite sites from the rest of the US. In both cases, the lists could have been at least twice as long. 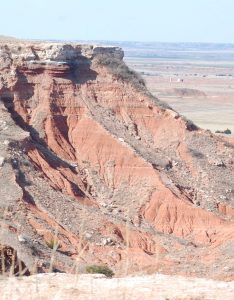 5 favorite geoscience-related places outside of Oklahoma