Expedition 390 wind and ship heading, as told through data 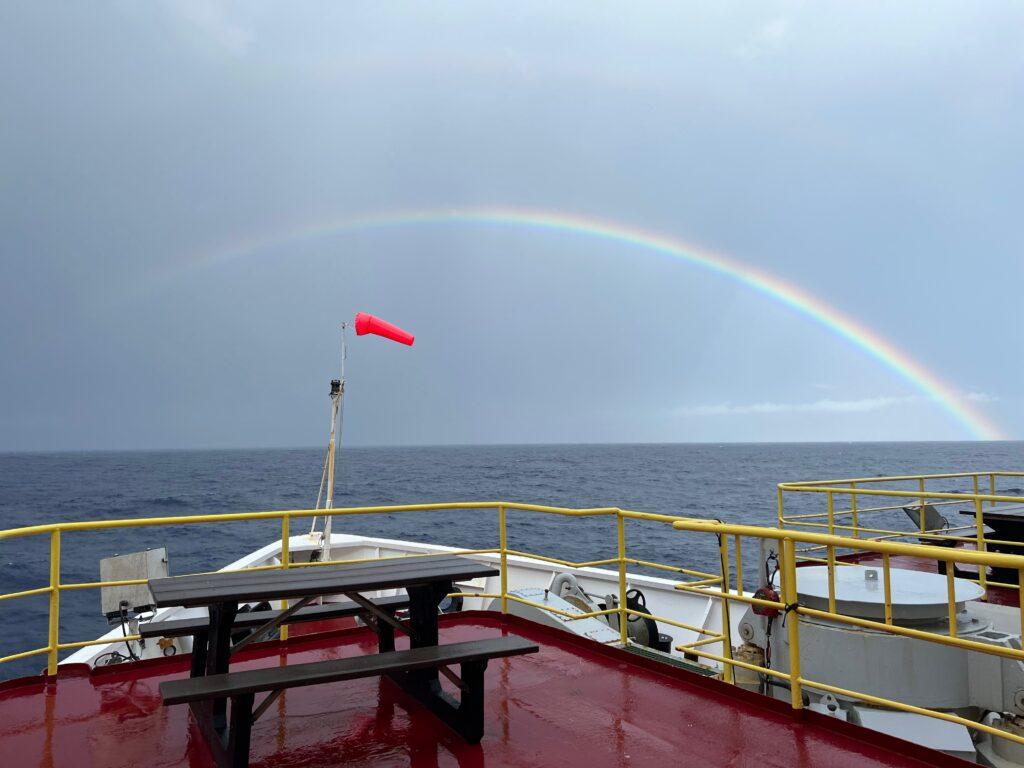 We are excited to have so many ship-to-shore broadcasts scheduled for Expedition 390. In addition to providing teachers Educator Resources for EXP 390 for our two months at sea, we are providing some data that we collected during our time on the water. We suggest some questions you can use as a starting point to engage your students with the data. There are plenty of additional ways students can build their quantitative skills from our expedition, such as generating graphs for comparison or seeing if they can make any observations on their own.

Measurements of wind speed and direction are recorded each day while JOIDES Resolution is out at sea. In our data table, you will see the values for the average wind speed, maximum wind speed, and wind direction.

The units we present here for wind is knots. One knot is a unit of speed based on nautical miles. One knot equals one nautical mile per hour, which is the same as 1.1508 miles per hour measured on land (statute miles). For more information on these units, see NOAA’s pages on What is a “knot”? and What is the difference between a nautical mile and a knot?

For wind direction, we report the value from zero to 360 degrees, where north is 360 degrees. The direction is measured from true north, not magnetic north, in a clockwise direction. A wind direction of zero degrees is only used when there is no wind.

The heading is defined as the direction in which a ship (or any other vehicle) is pointing at any given moment. It is also presented with a value of zero to 360 degrees in a clockwise direction, starting with zero degrees north. For a ship, the heading is determined from the direction the bow (front of ship) is pointed.

We share some starter questions for teachers to use with students while exploring our wind and ship’s heading data:

Here you can access the full wind and ship’s heading data for the expedition in the spreadsheet.

For additional quantitative exercises working with data from Expedition 390, please visit our other blog posts: