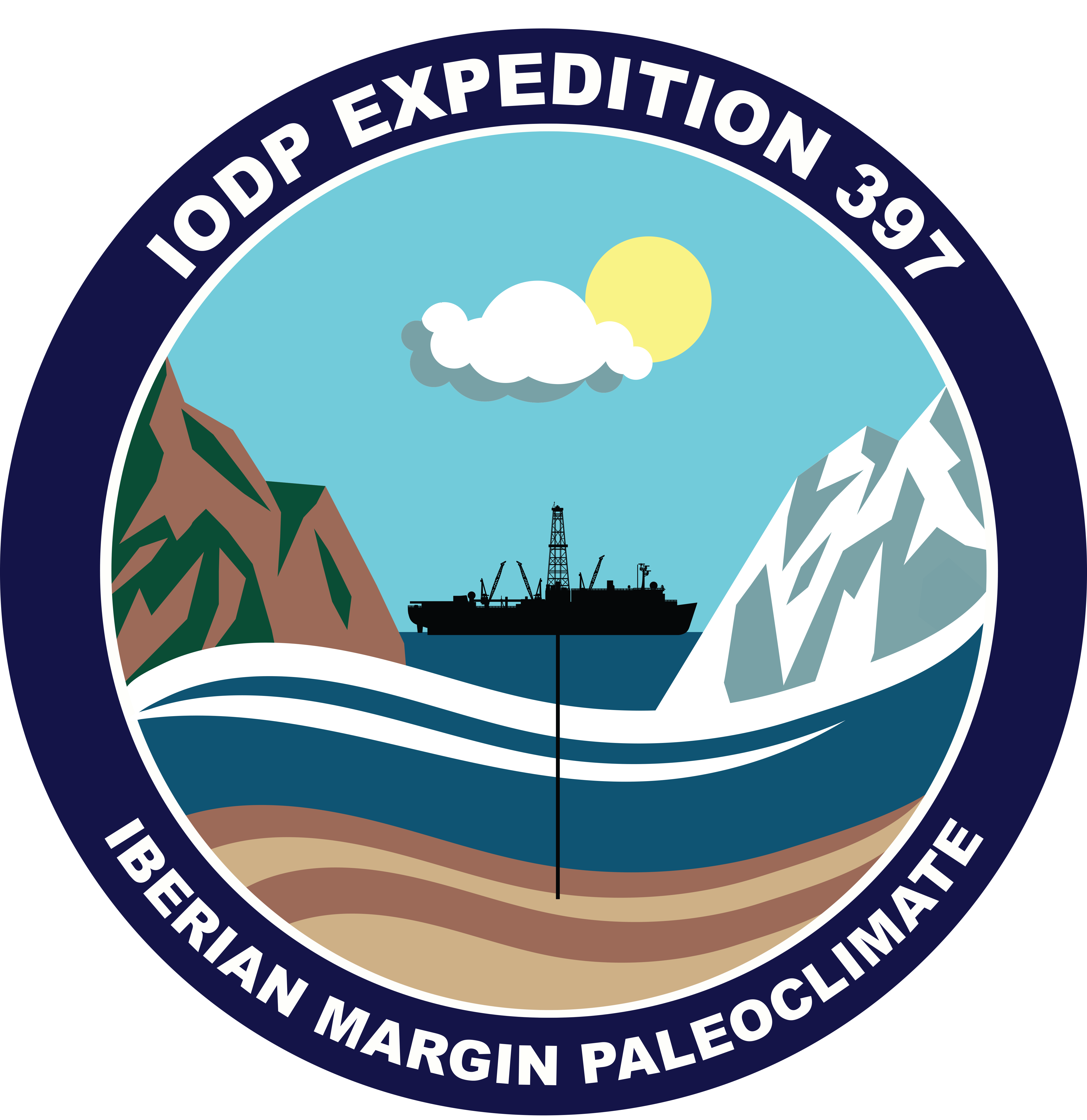 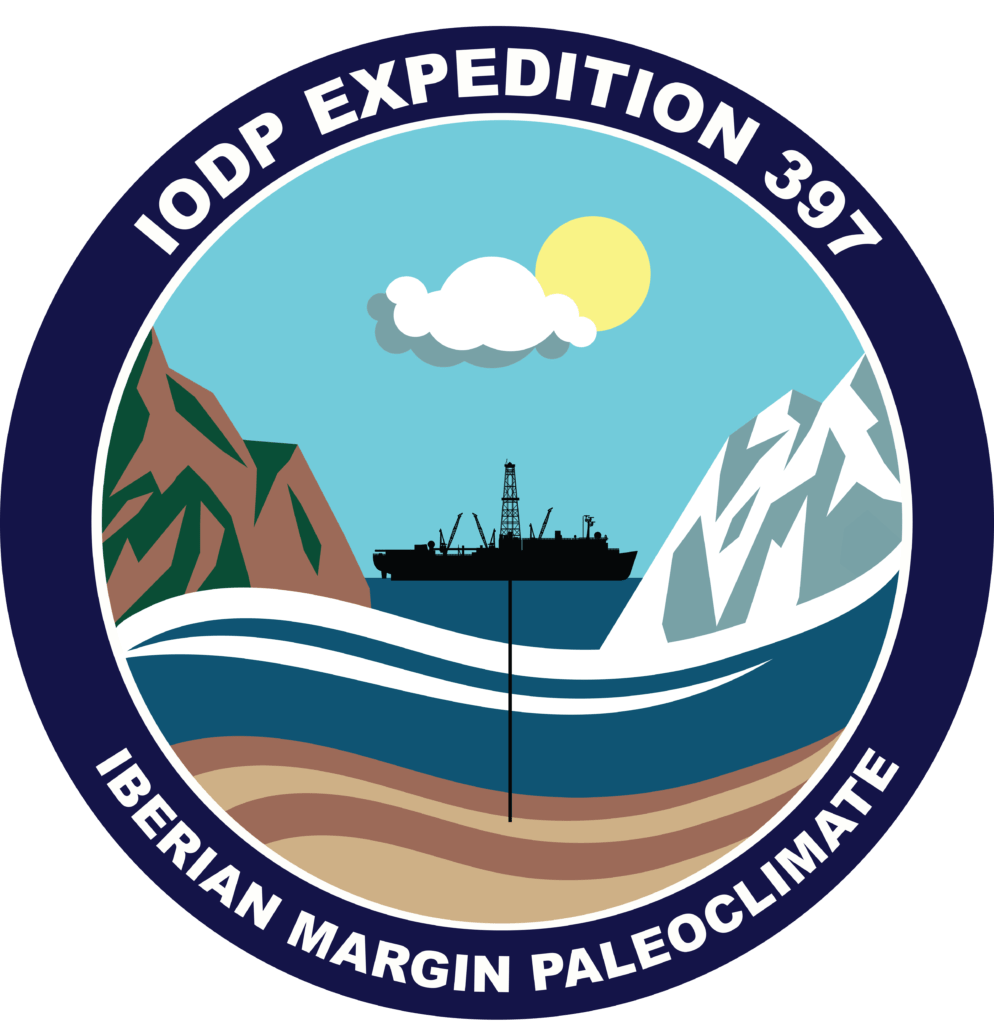 Temperatures are rising, weather patterns are intensifying, and the concentration of carbon dioxide in our atmosphere is increasing very rapidly. There’s no denying we are experiencing a time in Earth’s history in which the global climate is changing. As we observe these changes taking place within our own lifetimes, the question becomes: WHAT WILL HAPPEN NEXT?

Sometimes, to know the future we must look to the past. Expedition 397 aims to collect cores of marine sediment off the coast of Portugal that will provide high-resolution data about variations in Earth’s ancient climate. The more we understand about  Earth’s past environments, the greater our ability to assess how our planet is changing today and in the future.

The Iberian margin is a place unlike any other in Earth’s oceans. With a shallow continental shelf surrounded by deep submarine canyons, it has the ability to rapidly accumulate marine sediments that are then preserved below the ocean floor. Because these sediments accumulate at a rate of 10 – 20 cm every thousand years (compared to an average of 1 – 2 cm every thousand years in other parts of the ocean), they contain a high-resolution record of changing marine conditions. Scientists use many tools to extract information from mud recovered from below the ocean floor, including analysis of microscopic fossils found in the sediments, to infer how characteristics of Earth’s climate changed over time.

Expedition 397 will collect core samples from four locations along a spur on the southwest continental shelf of the Iberian margin, known as the Promotório dos Principes de Avis, each at a different distance from the shore and depth in the ocean. This transect will provide scientists with an array of data that will allow reconstruction of circulation changes at the surface and various depths in the ocean.

By collecting sediment samples at different depths below the ocean floor, Expedition 397 scientists will probe different periods of time in Earth’s history. The current high-resolution record of Earth’s changing climate from the Iberian margin extends back to 1.45 million years. Core samples collected during Expedition 397 will extend this record much farther: an astounding 3 to 5 million years.

By collecting samples at different locations, Expedition 397 scientists will compare properties of different water masses to determine the role that deeper water masses play in carbon storage, and to what degree exchange between ocean and atmosphere influences atmospheric carbon dioxide.

As Expedition 397 sets out to investigate the history of Earth’s past climate in marine sediments, it is important to consider other sources of information.

One of the most detailed records of Earth’s past is preserved in ice cores collected from both Greenland and Antarctica, including past changes in atmospheric CO2 trapped as fossil air in the ice. However, due to conditions of preservation and the challenges of collecting these samples, this record currently dates back to only 122,000 years in Greenland and 800,000 years in Antarctica.

Previous studies have demonstrated that marine sediments from the Iberian margin can be precisely correlated to these ice cores, which means that the information preserved in ocean cores could be linked to changes in polar climate and atmospheric greenhouse gasses (carbon dioxide, methane, nitrous oxide).

An additional benefit of the proposed locations for Expedition 397 is the input of terrigenous sediments from rivers. By correlating terrestrial sediments to marine and ice core data, Expedition 397 will contribute to the development of climate models at never-before-seen fidelity.

With these linkages among marine sediments, ice cores, and European terrestrial sequences, Expedition 397 scientists will provide present and future scientists the materials necessary to reconstruct the natural variability of North Atlantic climate before human impact, at unprecedented temporal resolution, back through the past 5 million years. These findings also will be important to other teams developing ever more robust climate models to project the future of Earth’s changing climate. In this way, a better understanding of the geologic past can help us determine what happens next.

Author:
Maya Pincus
About:
Maya is a science communicator in every sense of the word. When she is not at sea, she is at home in Brooklyn teaching Earth Science to high school students. In her free time she likes to hike, run, and climb whatever rocks are around.
More articles by: Maya Pincus
JOIDES Resolution