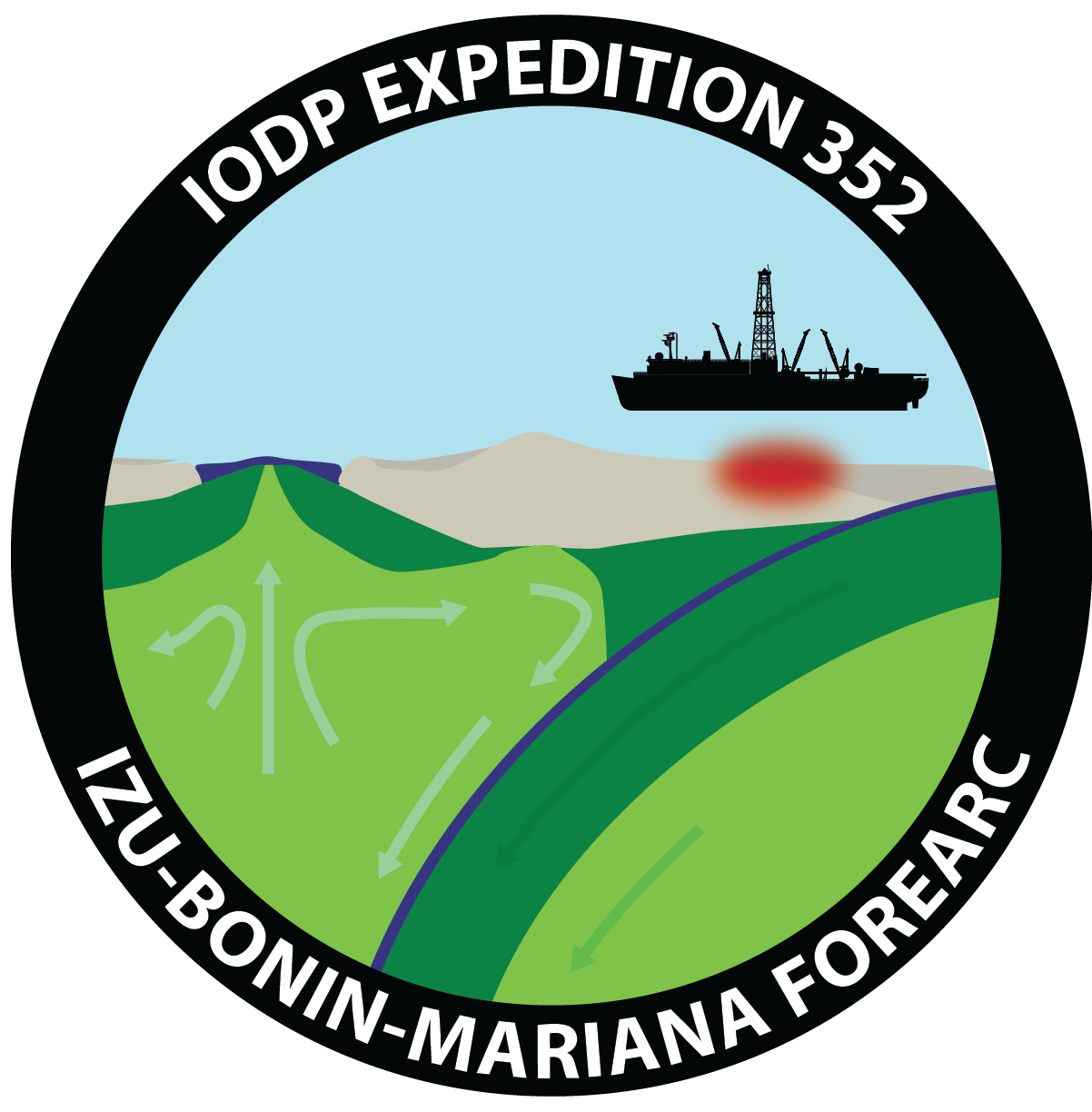 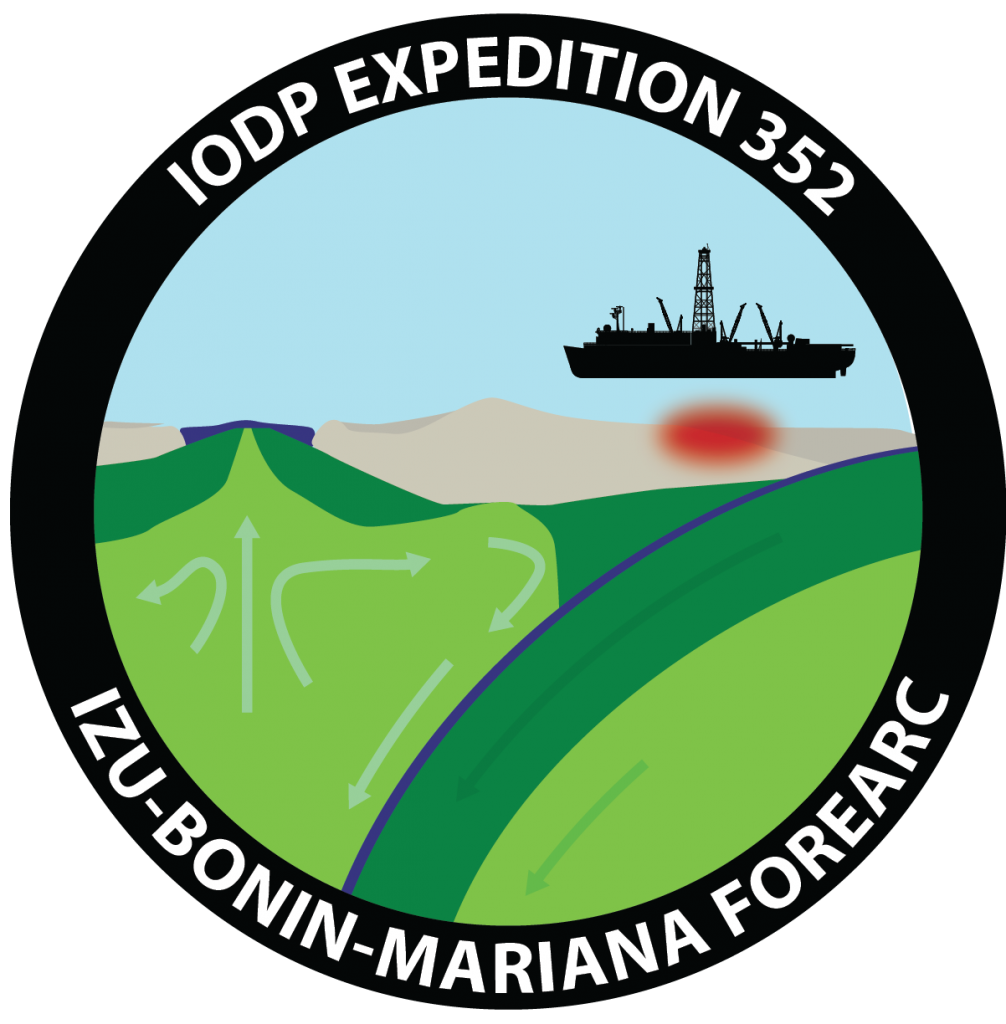 On this final cruise of the three focused in the Izu-Bonin-Mariana region the JOIDES Resolution sailed east where two oceanic plates meet. Our two drill locations were at the eastern edge of the Philippine Sea plate where the oceanic Pacific plate is subducting, or diving underneath the Philippine plate. Here thin layers of sediment lie above volcanic rock. This region is an example of where the oceanic crust rises up and evolves into continental crust and eventually the land that we walk upon. Retrieving cores from this deep spot under the ocean floor revealed what chemical changes occurred in rocks there, how magma under pressure gradually changes as it pushes its way into solid rock, and overall movement of these large oceanic plates.

Two oceanic plates – the larger Pacific Plate and the smaller Philippine Plate- move toward each other as if on an exceptionally slow conveyor belt. Upon meeting, one must give, or “subduct” beneath the other. In this case it is the older, cooler, heavier, Pacific plate that descends into the Izu-Bonin-Mariana (IBM) Trench, named for nearby islands. The lighter, overriding Philippine plate has a ~200 km wide submerged area near its edge closest to the trench called the “forearc.” Behind the forearc is a chain of volcanic islands running parallel to the trench, created from rising magma as the Pacific plate descends deep into the Earth.

Expedition 352 drilled two holes into the (IBM) forearc crust, where it’s best exposed and preserved, and past sediment layers into the basalt, or lava rock, deep beneath it. The team pulled up a full, stratified column of rocks that records what occurred when subduction first started about 50 million years ago. This not only gave insight into how these zones form, but also how the magma generated from this process eventually becomes the crust of the IBM island arc, and then the land we walk upon.

There’s also debate on the origins of a type of rock called an “ophiolite”, or a chunk of seafloor that has been pushed up on land. Some believe they are formed when new seafloor is created; others think they are pieces of forearc that form when subduction begins. One can find parts of ophiolites, albeit fairly eroded, on the Bonin Islands nearby, which sit tens of meters above the surface. The team wanted to recover a fully intact section of lavas from the forearc to find if they match those of ophiolites.

After descending past 3 miles of water, we cored through another half mile of sediments and then into oceanic crust.