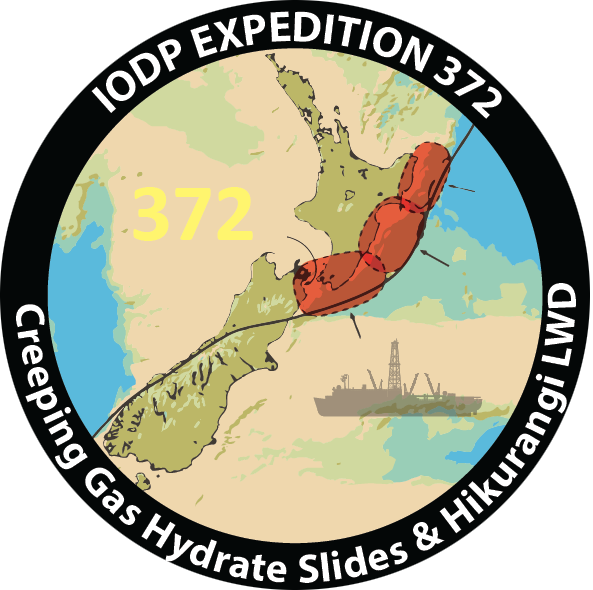 New Zealand sits atop a complex boundary between two tectonic plates in the southwestern Pacific Ocean where one tectonic plate pushes beneath the North Island through a process called subduction. This subduction zone sits off the east coast and is the source of numerous geohazards such as earthquakes and tsunamis like those that have occurred elsewhere in the world over the last 10-15 years.

Tsunamis are waves caused by sudden movements of the ocean by an earthquake, landslide, volcanic eruption, or a meteorite impact. Subduction zones like the one in New Zealand experience both earthquakes and underwater landslides that can potentially generate damaging tsunamis. Scientists aboard this expedition aimed to learn about the causes and behaviour of underwater landslides along New Zealand’s east coast to better understand how, where, and when they occurred in the past as well as how and where they are likely to occur in the future.

On Expedition 372, scientists from all over the world had come together to learn about the relationship between a special substance called gas hydrate and underwater landslides. Gas hydrate is an ice-like substance that forms in deep-ocean sediments where gases like methane get trapped in water and form a solid. Just like glaciers flow on land and carve valleys, these ice-like gas hydrates can creep and deform the seafloor, potentially leading to tsunami-generating underwater landslides.